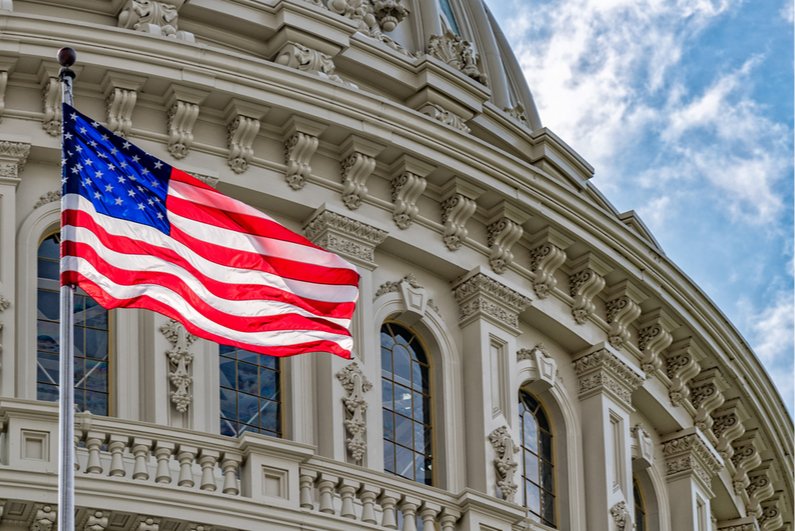 Last Thursday, The American Gaming Association released a letter to the Justice Department, urging it to crack down on illegal online gaming operators.

One of the most aggressive efforts on the part of the AGA comes months after it issued a list of the 46 legal sportsbooks in the country, calling on media to only mention those websites during their coverage ahead of college bowl game season.

What Does the Letter Say?

While reiterating its commitment to regulated gaming, the AGA letter highlights the problem emanating from illegal gambling is too significant to be ignored by federal authorities.

AGA President and CEO Bill Miller, who wrote the letter, said though the challenge of unregulated gambling is not new, “the brazen and coordinated manner in which it happens”… requires significant federal attention.

He then urged the DOJ to act immediately to protect American consumers, crackdown on unregulated operators, and enforce federal regulations.

The written request also underscored the prevalent nature of illegal gambling and the threat these offshore gambling sites pose to consumers, state economies, and the regulated gaming industry are part of the Washington-based association’s continued effort to crush the illegal market.

The AGA correspondence specifically urged the DOJ to investigate and indict Bovada, MyBookie, and BetOnline. The letter read that these major offshore operators in the US openly violate federal and state gambling laws.

Miller also wrote the DOJ to address unregulated “skill-based” machine manufacturers, which he said must comply with Johnson Act registration requirements and anti-money laundering standards. Miller urged the federal department of the US government tasked with the enforcement of federal law and administration of justice in the country.

In February, Mill stressed the need for a coordinated effort at the federal level to ensure increased enforcement of the offshore operators. “That also includes the Department of State, which has trade agreements with other countries,” the AGA President had said then.

Days of Illegal Operators Are Numbered

The US gaming industry association reiterated its support for legal and regulated gaming in the country, saying illegal operators have been put on notice, and their days… on our nation are numbered.”

Miller said those bad actors prey on vulnerable consumers, offer no consumer protections, ensure no fair play or integrity, and bring no economic benefit for states or the native tribes.

Addressing the DOJ, the letter further stressed the need to continue to educate US sports bettors on legitimate online gambling sites and the threats associated with unregulated operations.

The AGA was founded in 1994 to promote, educate, and lobby on behalf of the US gaming entertainment industry via education and advocacy.

The letter comes nearly four years after the US Supreme Court struck down PASPA, which essentially each state to pass its own sports betting laws. Since the PASPA ruling, as many as 33 states – and Washington DC – have legalized some form of sports betting. However, the industry remains illegal in the remaining states, including California, Texas, and Florida – the three most populous ones in the nation.

Some critics believe the AGA letter doesn’t address the concerns of professional gamblers from those states without legal sports betting.

Key Things You Need to Know Reviews of the Top USD Tether Casinos At LetsGambleUSA, we only rate and review that most reliable Tether casino sites for you. Our selection […]

Key Things You Need to Know Reviews of the Top 0x ZRX Casinos You’ll find safe websites and a varied selection of games at all top gambling sites. Today’s online […]

Key Things You Need to Know What is MatchPay? MatchPay is a payment service that allows users to trade MatchPay credits. You buy these credits with various payment methods, such […]