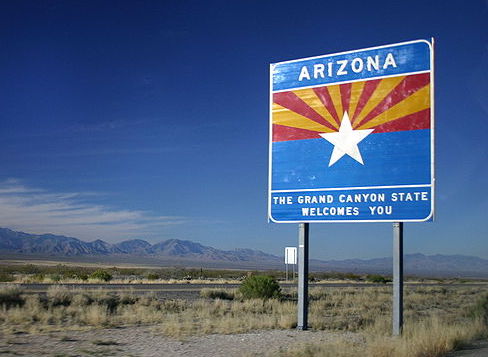 Arizona lawmakers and tribes have come together to consider a pair of sports betting bills filed with Gov. Doug Ducey’s backing early last week. Under the proposal put forward Monday, Arizonians would be allowed to have statewide mobile sports betting, as well as retail betting at the state’s tribal casinos, horse racetracks, and professional sports venues. The bills –  HB 2772 and SB 1797 – allow for a joint arrangement with Arizona lawmakers to come together with the Native tribes to move forward on the project.

The bills allow for a maximum of 30 sports wagering licenses, 10 of which are reserved for pro sports franchises or venues, 10 for tribal casinos, and another 10 for retail only at horse racetracks. However, the bills raise a few questions: what are the ten sports venues, and if all apply for a license, which of the 16 federally recognized tribes running casinos might not procure license? Currently, there are 24 tribal casinos operated by 16 tribes, according to the official website.

According to House sponsor Jeff Weninger, HB 2772 is formulated with some quid pro quo in mind – 10 tribal licenses and 10 commercial licenses, with tribes on board. He said the backers of the bill are trying to keep the delicate balance with regard to tribal nations but added that things could change. “Some tribes don’t have casinos, and some have sharing agreements. There’s a fund to help out those tribal nations, which are in agreement with this…”

What Benefits Will the Tribes Get in Return?

Since 2002, when the state’s voters approved the gaming compact, the tribes have jealously protected their exclusive right to gambling in the state. However, as unprecedented times bring about unusual outcomes, the coronavirus-led economic downturn has pushed most of the US states to consider the neglected but lucrative sports betting market. Arizona is also looking to have its share of the pie.

The updated deal will allow the tribes to build some new casinos. In addition, they would also be allowed to expand their exclusive gambling offerings hugely. They can now add games like Baccarat and craps to available games of slot machines, poker, and blackjack. In addition, the tribes now have an option for digital gambling as well by partnering with online gaming companies. All this contributes to an expanded sports betting market that seeks to flourish along with the state’s tribes. However, the tribes will have to drop the extension signed for Tribal rights.

How Things Stand As of Now!

Both the legislation and a 20-year extension of Arizona’s gaming compact with the tribal nations must be adopted for either to go into effect.

Gretchen Conger, Ducey’s deputy chief of staff, stated the deal is beneficial for both tribes and professional sports teams as both entities have struggled during the pandemic. Conger said the plan is certain to increase state revenue but remained short of predicting its size, saying only time will clarify how things shape up, especially revenue from gambling on sports events.

Arizona gets a share of the gambling profit, which will go to the general fund. Proceeds from tribal gaming reimburse special state accounts and local governments. In the last fiscal year, tribes generated almost $2 billion in gambling revenue, and the state extracted $102 million, according to the Department of Gaming report.

Weninger’s bill has been assigned to the concerned committee, and a hearing is scheduled for today, February 9.