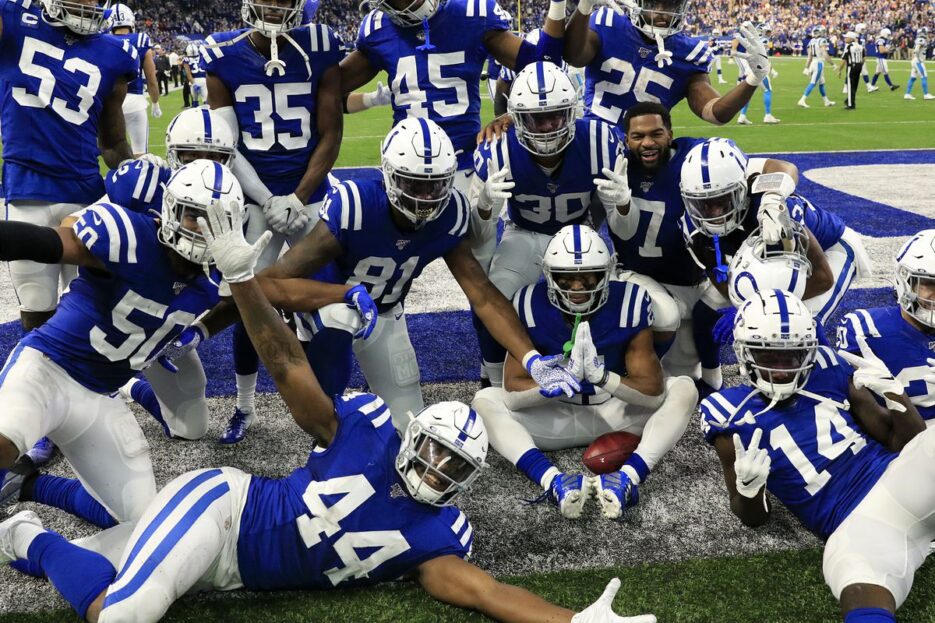 The multi-year partnership will make the Las Vegas-based company a sports betting partner of the American football team. The deal is aimed at engaging sports enthusiasts throughout Indiana amid the 2020 football season.

While speaking to the media, Colts Chief Sales & Marketing Officer Roger VanDerSnick said, “In the digital age, and particularly this virtual world in which we live today, finding new ways to engage with fans, partners, and community is our top priority. This deal with Caesars Entertainment and William Hill will enable us in a better way to connect with Colts fans all around as we navigate this great season.”

It should be noted that this is now the second sports betting deal for Indianapolis after forging an alliance with PointsBet earlier this season.

More About The Deal

Caesars Rewards, which offers one of the largest customer loyalty programs in the betting industry, will also sponsor a free-to-play “Pick 6 Predictor” game on the Colts Mobile app. The “Pick 6 Predictor” will be a pregame prediction consisting of a series of questions that fans will be expected to foretell before the upcoming game. The bettors will be asked six questions, and the winners will be rewarded with weekly prizes.

In addition, all the participants who play the game will be entered into a chance to win a trip to Las Vegas at Caesars Entertainment property.

While commenting on the development, Co-President of Sports and Online Gaming for Caesars Entertainment Chris Holdren said, “Our company has deep roots in Indiana, and this long relationship with the Colts deepens our strong ties within the community. Now, we will offer an exciting entertainment experience, on gamedays and beyond.”

Caesars Indiana sports betting app is yet to launch as it is currently pending approval. “Caesars Sportsbook by William Hill” will bring exclusive offers and promotions to Colts fans when it launches. As per the deal, Colt’s signage will be featured on the upcoming branded sports betting app.

Why Is This Deal Significant For William Hill?

“This partnership between William Hill, Caesars, and the Colts joins together three industry leaders that are reshaping the way sports fans engage with sports during the unusual times,” said Sharon Otterman, Chief Marketing Officer of William Hill. Otterman added that the sportsbook is excited to be revolutionizing the way enthusiasts connect with their team in Indianapolis and look forward to all the upcoming fun for the rest of the football season.

William Hill is operating its sportsbook in over 100 locations across the country. After forging an alliance with the first pro team, the UK-based sportsbook seeks further expansion in the US betting industry. The Colts partnership will help them gain increased brand recognition in Indiana once the state’s gaming commission approves the app.