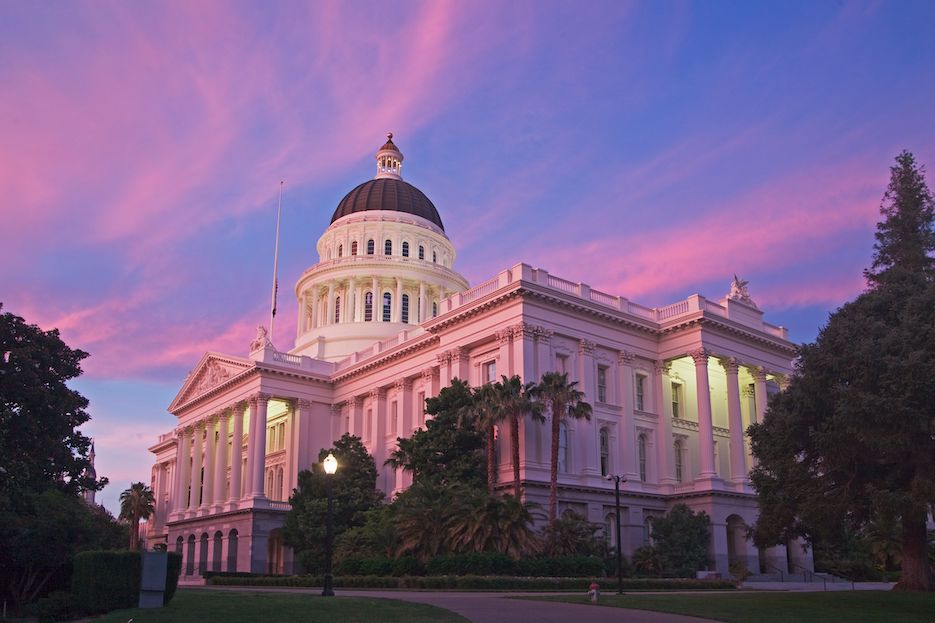 California voters will decide this November if they want legal online sports betting in the state as an initiative to that effect qualified Tuesday for the ballot.

The campaign for statewide mobile sports betting in the Golden State is funded by seven US sportsbooks, including BetMGM, DraftKings, and FanDuel.

After state officials verify those signatures, it would be the second approved ballot sports betting initiative to qualify for the November ballot.

The California tribes have already qualified for a sports betting initiative in a bid to limit sports betting at the retail facilities in the state for at least five years.

Tuesday Was the Deadline

The committee representing the seven US sportsbooks had a deadline Tuesday to gather 997,139 signatures. The California Secretary of State’s Office will now verify the 1.6 million signatures presented to it.

The proposal – which is also funded by Bally’s, Fanatics, Penn National Gaming, and WynnBet – initially funded $100 million for their online campaign. The operators vowed to double that amount if needed to be successful.

The plan would allow statewide mobile wagering with a 10% tax rate. Any operator licensed in at least 10 other states would be qualified to obtain a license after paying a $100 million upfront licensing fee.

The California Secretary of State’s website does not show that the CA online sports betting initiative has been moved yet to the “Initiatives and Referenda Pending Signature Verification” category. The site was last updated on April 29.

However, the major operators-led California online sports betting measure faces opposition from more than one front. Critics argue those requirements proposed by the committee are anti-competitive and designed to favor the largest sportsbook operators.

But the major opposition comes from the California tribes, who also pledged to spend $100 million to defeat commercial operators.

Also Tuesday, a group of tribal nations and California community and business leaders reiterated opposition to the CA online sports betting proposal. They reaffirmed support for the tribal retail-only initiative that will be on the November ballot.

The tribal group is represented by the Pechanga Band of Luisieno Indians, the Agua Caliente Band of Cahuilla Indians, and the Yocha Dehe Wintun Nation. They said mobile sports betting would turn every cellphone, laptop, and tablet into a gambling device, enhancing the risk of underage and problem gambling.

The Homelessness and Mental Health Act committee cited last week’s poll conducted by David Binder Research, according to which 59% of Californians approved the mobile betting measure. According to that poll, only 28% opposed it.

This poll result comes in stark contrast to the one conducted by the tribal group last month to suggest that 53% of voters polled would not support the mobile sports betting initiative.

Another initiative led by cardrooms would also see legalized online sports betting. However, that proposal lacked the momentum to collect enough signatures to qualify for the ballot.

Californians are most likely to choose between the two different versions of sports betting:

Historically in the Golden State, if two rival measures get a majority of “yes” votes, the one with the most supersedes the other.

However, a spokesperson for the commercial campaign, Nathan Click, said their campaign includes language that could allow both measures concurrently if they get more than 50% Yes votes.

California voters can say “No” to both. If both measures receive more than 50% “No’s,” there will be no sports betting in California.

According to the commercial campaign, Californians (if they approve it in November) can have mobile sports betting as soon as by Aug. 29, 2023.