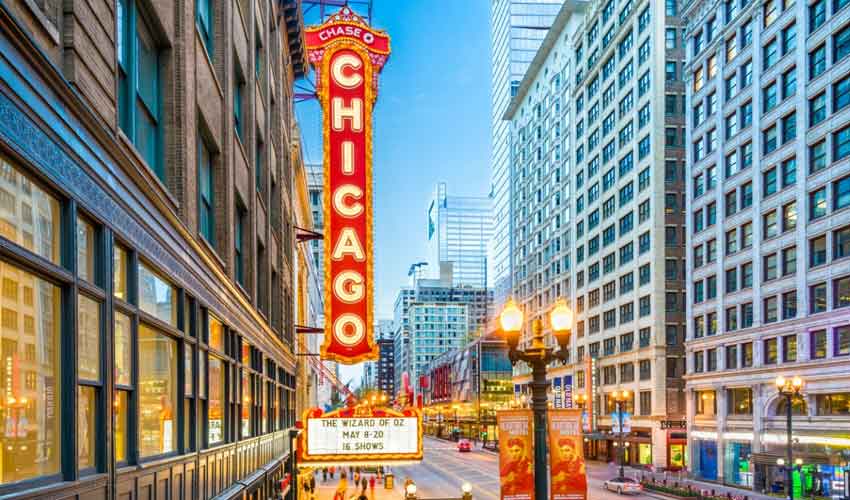 BetRivers was the first to launch retail and online sports betting in Illinois last year, while Des Plaines-based Rivers Casino is the biggest revenue generator among the ten casinos in the Prairie State.

Bears President & CEO Ted Phillips said the team is incredibly excited to announce BetRivers and Rivers Casino as its first multi-year exclusive partner. “We look forward to connecting with fans in unique ways via these avenues and couldn’t be prouder to be building this relationship with a hometown company.”

The partnership allows BetRivers and Rivers Casino to receive a host of branding opportunities, including in-stadium signage, and social, digital, and print assets.

In addition, the digital sportsbook will be the title partner of the Bears’ customized free-to-play game. According to a news release, players will also see joint promotions for exclusive Chicago Bears prizes and experiences while placing bets on the team.

Bears fans include none other than Rush Street Interactive’s boss, Neil Bluhm.

“As a lifelong Bears fan, I am excited to have BetRivers and Rivers Casino allying with our hometown NFL team, the Chicago Bears, as the organization’s only official sportsbook and casino partner,” noted Neil Bluhm, Executive Chairman & Co-Founder of Rush Street Interactive and Rush Street Gaming.

Neil said they look forward to expanding the relationship with the team and its dedicated fan base while reiterating the company’s commitment to delivering a “first-rate customer experience.”

The RSI boss noted that the partnership also reinforces the company’s commitment to hometown teams in states where Rush Street Interactive has its mobile and land-based sportsbooks.

In Sept. 2020, the Bears had named PointsBet its first sports betting sponsor. That partnership allowed the Australian-based sportsbook to gain full usage of Bears IP, marks, and logos, in addition to other sponsorship opportunities and brand visibility across digital assets.

At that time, PointsBet said it was incredibly exciting to become the first legal sports betting partner in the team’s history.

BetRivers is owned by Rush Street Interactive, an online gaming and sports betting company that runs US and Latin American operations. RSI is currently live in as many as ten US states.

Founded in Chicago in 2012, RSI operates through BetRivers.com and PlaySugarHouse.com, while running international operations in Colombia.

In March 2019, Churchill Downs completed the acquisition of a 62% stake of Rivers Casino for $407 million.

BetRivers to Clear $1 Billion in Handle

BetRivers – the first sportsbook to launch online in June 2020 – is expected to clear $1 billion in handle when the May report will be released. Illinois is the last state to release its monthly revenue report.

However, despite being the first operator to launch, BetRivers has been eclipsed by both FanDuel and DraftKings as the leading online sports betting options in Prairie State.

BetRivers’ online sports betting revenue of $74.4 million lags behind that of FanDuel’s $89.6 million and DraftKings’ $82.6 million.

The Chicago Cubs have announced a massive deal with DraftKings, indicating a plan on adding a sportsbook at Wrigley Field. The move could trigger a chain reaction in Major League […]