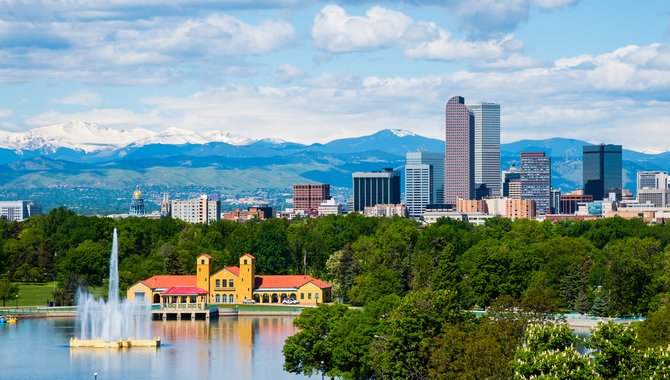 Colorado sports betting has topped $2.5 billion in cumulative handle in May, becoming the sixth state to reach that milestone. The Centennial State achieved that milestone in its second year of legalized sports betting. The other five states are New Jersey, Nevada, Pennsylvania, Illinois, and Indiana.

According to the figures released Friday by the Colorado Department of Revenue, the state saw $248.97 million in May handle, up a 1.8% increase from April’s $244.45 million.

Mobile sports betting accounted for 99% of the total handle in May, meaning retail handle saw just under $2.5 million for the month.

Colorado’s May boost was supported by the playoff runs for the Colorado Avalanche and Denver Nuggets.

Despite improvement in the monthly handle, gross gaming revenue (GGR) fell month-over-month. Colorado operators reported $15.15 million in May, down 13.7% from April’s $17.56 million. The hold rate was 6.09% last month.

Also, the net sports betting proceeds for May nosedived to $5.9 million, down April’s $10.5 million.

Overall, the net sports wagering proceeds represented 39% of the GGR in May. Colorado has levied nearly $39 million of the $86.6 million in GGR brought in by sportsbook operators through the first five months of this year.

Colorado’s report has catapulted national operator revenue to more than $4 billion in the post-PASPA era. In May 2018, Supreme Court had struck down PASPA, essentially allowing states to decide whether or not they want to legalize sports betting on their own.

Basketball drew the highest number of May bets, accounting for 35% of Colorado sports betting handle for the month. The NBA reported $86.9 million for May – the fifth consecutive month for the sport to lead the Centennial State’s sports betting chart.

Baseball was the distant second and reported $49 million, followed by hockey which saw $15.5 million in May handle.

Interestingly, table tennis secured the position among the top five wagered on sports in Colorado last month. Table tennis – also known as ping-pong – was the fourth-most popular sport for May with a $10.2 million handle.

Soccer also rounded out the top fifth sport by handle ($9.85 million) for May.

Colorado Sports Betting Comparison with Others

Given a spring slump is underway, with no NFL and college football, it is apt to compare how Colorado sports betting fared in May compared to other sports betting markets during the same period.

Colorado sports betting market’s month-over-month increase of 1.8% is a smaller boost than New Jersey’s 8.9% and Indiana’s 7.6%. But the Centennial State did better than Iowa, which reported a 2.9% decline month-over-month, Michigan (down 4.9%), and Pennsylvania which saw a 6.7% dip between April and May.

Though Colorado sports betting handle had reported an 18.8% decline in April, but it was a general state of affairs as all of the country’s 10 largest markets witnessed had reported at least a 13% dip from March to April.

Since its launch in May 2020, Colorado sports betting has reiterated a general trend – online sports betting, which has only intensified by the COVID-19. In May, $246.5 million of the total handle came from mobile betting, or 99% of all the sports betting action.