Agreeing to pay an aggregate purchase price of $4.9 billion, the publicly traded Canadian gaming firm effectively removed founders Isai Scheinberg and his son Mark Scheinberg from their roles within the PokerStars hierarchy. In doing so, Amaya helped pave the way for PokerStars to resume operations within the United States, following the site’s abrupt departure from the American marketplace in the wake of “Black Friday” in 2011.

In a press release issued to announce the purchase, David Baazov, who serves as CEO of Amaya, stated the following:

“This is a transformative acquisition for Amaya, strengthening our core B2B operations with a consumer online powerhouse that creates a scalable global platform for growth. Mark Scheinberg pioneered the online poker industry, building a remarkable business and earning the trust of millions of poker players by delivering the industry’s best game experiences, customer service, and online security. Working with the experienced executive team at Rational Group, Amaya will continue that tradition of excellence and accelerate growth into new markets and verticals.”

PokerStars executives, most of whom were retained by Amaya to continue operating the online poker titan, echoed this sentiment in their own press release:

“Amaya believes the transaction will expedite the entry of PokerStars and Full Tilt Poker into regulated markets in which Amaya already holds a footprint, particularly the U.S. Additionally, Amaya will provide an extensive selection of its online casino games to expand the Full Tilt Poker casino platform. Amaya intends to strongly support Rational Group’s growth initiatives in new gaming verticals, including casino, sportsbook, and social gaming, and new geographies.”

Originally conceived by the elder Scheinberg in 2001, and later shepherded to unparalleled success by his son, PokerStars rose to become the preeminent online poker room on the planet in short order. By the time Chris Moneymaker parlayed a $27 buy-in satellite tournament on PokerStars into a $2.5 million win at the World Series of Poker Main Event in 2003, the site had become synonymous with online poker.

PokerStars stands as the centerpiece of Amaya’s purchase, having withstood the Department of Justice’s onslaught in 2011 while repaying every penny of player funds to American players after its post-Black Friday withdraw from the U.S. market. When rival site Full Tilt Poker was left in shambles following the governmental intervention, unable to reimburse player funds following years of fraudulent mismanagement, PokerStars stepped in as a saving grace, purchasing its fallen rival agreeing to repay American players in excess of $180 million. This move came as part of a wider settlement with the DOJ, one designed to allow for PokerStars’ return to the U.S. market in jurisdictions that have since legalized and regulated online poker.

While several key states, including Nevada and New Jersey, were wary of allowing so-called “bad actors” – or company executives like the Scheinbergs who willfully disregarded the Unlawful Internet Gambling Enforcement Act (UIGEA) of 2006 – to return, Amaya’s purchase appears to have remedied those concerns. By purchasing Rational Group Ltd, and thus removing the Scheinberg connection to PokerStars, Amaya places itself in prime position at the forefront of a potential second online poker boom.

Poker industry watchdogs, along with players spanning the spectrum from recreational to professional, have expressed optimism at Amaya’s entrance into the realm of regulated online poker. John Pappas, Executive Director of the Poker Player’s Alliance (PPA) expressed this sentiment in a press release issued on behalf of the PPA shortly after the acquisition became public:

“This is encouraging news for millions of American players who have anxiously awaited the return of PokerStars to the U.S. Amaya’s acquisition should remove any perceived impediment for this popular brand to once again be available to players in regulated U.S. jurisdictions. This is a positive development for poker enthusiasts and the potential return of the PokerStars brand will grow our game.”

Although the majority of poker players and fans around the world may not know Rational Group Ltd. by name, if they’ve played a hand of online poker during the last 15 years, they’re already well-acquainted with the company.

Beginning as a Costa Rican company known as Rational Enterprises in 2001, under the majority ownership of Israeli-born Canadian business magnate Isai Scheinberg, Rational Group has since grown to become the most influential player in the multibillion-dollar online gaming space.

Scheinberg was the driving force behind the creation of PokerStars, the online poker behemoth which has faithfully served players all across the planet for over a decade. Under his savvy stewardship, Rational Group departed Costa Rica in 2005, crossing the Atlantic for the more favorable tax rates and gaming regulations offered by the Isle of Man, a British Crown dependency.

In addition to the primary PokerStars brand – of which the immensely successful online poker and gaming client by the same name stands as the flagship product – Rational Group also oversaw a collection of iconic poker-based entities and operations. Included among Rational Group’s holdings were the European Poker Tour (EPT), the Latin American Poker Tour (LAPT), the Asia Pacific Poker Tour (APPT), and the PokerStars Caribbean Adventure (PCA).

Each of these entities was created during the height of the poker boom, which spanned 2003 through 2011 following Chris Moneymaker’s improbable win at the 2003 World Series of Poker Main Event. That momentous occasion, viewed by millions by virtue of ESPN’s televised coverage, was also a byproduct of Rational Group’s innovative spirit. Moneymaker parlayed a $27 satellite tournament on PokerStars into the $2.5 million payday – a windfall that compelled an entire generation of Americans to consider poker the new national pastime.

The elder Scheinberg, along with his son Mark, maintained private ownership of Rational Group until June 12th, 2014, when the company was sold to Canadian gaming firm Amaya Inc. The transaction was reported to total $4.9 billion between cash and company shares, transforming both Scheinbergs into billionaires after they cashed in on their initial investment in the online gaming industry.

A statement issued by Mark Scheinberg – who served as CEO of Rational Group at the time –following the acquisition announcement, celebrated the company’s undeniable achievements:

“I am incredibly proud of the business Isai and I have built over the last 14 years, creating the world’s biggest poker company and a leader in the iGaming space. Our achievements and this transaction are an affirmation of the hard work, expertise and dedication of our staff, which I am confident will continue to drive the company’s success. The values and integrity which have shaped this company are deeply ingrained in its DNA. (Amaya CEO) David Baazov has a strong vision for the future of the Rational Group which will lead the company to new heights.”

While the purchase by Amaya was undoubtedly motivated by a whole host of varying factors, one influence on the Scheinberg’s decision to sell cannot be understated: the federal criminal case of United States v. Scheinberg 10 Cr. 336 (2011).

When the Department of Justice (DOJ) unsealed an indictment against PokerStars, along with competing for online poker sites Full Tilt Poker and Absolute Poker, on April 15th, 2011, the date was immediately immortalized by poker players as “Black Friday.” By charging the operators of these sites with violations of the Unlawful Internet Gambling Enforcement Act (UIGEA) of 2006, the DOJ compelled PokerStars to withdraw from the U.S. marketplace, along with Full Tilt Poker and Absolute Poker.

PokerStars eventually reached a settlement with the federal government, agreeing to repay hundreds of millions of dollars in addition to purchasing former rival Full Tilt Poker. That company’s internal accounting failures and fraudulent activities had resulted in American players being unable to withdraw account funds following the site’s closure. By agreeing to purchase Full Tilt Poker and add the company’s brand to Rational Group’s portfolio, the Scheinbergs helped to restore a semblance of order to the online gaming industry following Black Friday.

Nonetheless, several states still considered the Scheinbergs to be “bad actors,” or among those executives who willfully disregarded the UIGEA while unlawfully serving American customers. The sale of Rational Group to Amaya effectively removed the Scheinbergs influence from PokerStars, helping to smooth the path for poker’s premier product to regain entry into the U.S. marketplace as legalization and regulation of online gaming continues to accelerate on a state-by-state basis. 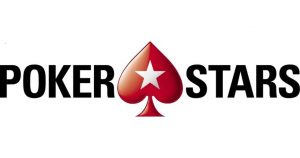 PokerStars on Sunday canceled one of its biggest events of the year, citing ‘technical issues’ amid claims by customers it was an intentional move by the company. The tournament offered […] 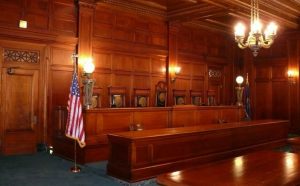