A sign of maturation for any industry occurs when independent companies grow to the point that mergers become mutually beneficial. So when Australian sports betting titan Bwin joined forces with PartyGaming on April 1st, 2011, poker prognosticators celebrated the formation of the world’s largest publicly-traded online gaming enterprise.

Bwin, an abbreviation of the company’s former name BetAndWin, was created in 1997 by a group of Australian entrepreneurs. By introducing innovations to the world of online sports betting, with their “live betting” function revolutionizing the way bettors wager on sporting events in real time, Bwin specialized in this segment of the online gaming space until 2001. That year Bwin launched their first casino games platform, and a multiplayer poker room soon followed in 2004.

Two years later the Bwin brand was introduced, partly to encompass the company’s ever-growing assortment of online gaming services. Along the way, Bwin was also busy acquiring rival companies, expanding its reach within the online gaming industry with each successive merger.

Following a similar trajectory in terms of timeline, PartyGaming began operations in 1997 by offering an assortment of online casino gaming options. By 2001, the company launched its premier brand, the PartyPoker online poker platform. Serving customers for years before PokerStars or Full Tilt Poker were ever envisioned, PartyPoker is widely considered by poker fans to be the original online poker room.

With endorsements by poker luminaries like Mike Sexton, coming well before the Moneymaker Boom of 2003, PartyPoker captured market share seemingly with ease. At one point PartyPoker attracted more than 4 million annual visitors, with over 80,000 players simultaneously logged in at its peak. PartyPoker remained the world’s largest online poker operator until 2006, when the company wisely decided to voluntarily withdraw from the U.S. market following the passage of the Unlawful Internet Gambling Enforcement Act (UIGEA) that year.

In 2010 news broke that PartyGaming was poised to purchase Bwin in what has been described as a “reverse takeover,” with the deal valued at approximately $1.76 billion. At the time, PartyPoker had been removed from the U.S. market for four years, and PartyGaming’s overall efforts were focused on growth within Europe and Asia. At the time of the merger’s announcement, Italian financial analyst Gianmarco Bonacina described the deal’s strategic elements to Bloomberg Business:

“From an industrial point of view this is both an offensive and a defensive move. In Europe, Bwin and PartyGaming are losing market share in poker versus Poker Stars and Full Tilt, so the combination will protect them. In the U.S., the move is offensive. They want to attack that market and are in a better position if they combine.”

The merger was completed in March of 2011, resulting in the formation of the world’s largest publicly-traded online gaming company, with 51.6% of shares being held by Bwin investors, and the remaining 48.4% controlled by former PartyGaming shareholders. The new company christened Bwin.Party, is currently based in Gibraltar, while former Bwin Chief Executive Officer Norbert Teufelberger and former PartyGaming CEO Jim Ryan serve as co-CEOs.

During a 2010 conference call with reporters to discuss the merger’s announcement, Ryan expressed optimism that the combined Bwin/Party would become a major player in markets where online gaming was set to be regulated:

“We will immediately be a leader in these markets as they open up.”

Sure enough, when New Jersey joined Nevada and Delaware as the third state to enact legislation regulating online gaming in 2013, PartyPoker was first on the scene. By launching PartyPoker.nj during the first days of New Jersey’s online gaming experiment, through a partnership with Atlantic City casino resort The Borgata, the Bwin/Party conglomerate immediately became the state’s largest online gaming platform. The move marked PartyPoker’s triumphant return to the U.S. market some seven years after the UIGEA’s passage forced the site to withdraw.

During 2014 the success of Bwin/Party spurred another round of merger rumors, as 888 Holdings and GVC Holdings engaged in a protracted bidding war over a potential purchase. Other gaming entities such as Amaya Gaming, William Hill, and Playtech were also involved in initial discussions to acquire Bwin/Party, but in the end negotiations left only 888 Holdings and GVC Holdings in the running.

On September 3rd, 2014, Bwin/Party’s board of directors elected to accept GVC Holding’s bid of $1.71 billion. This came after 888 Holdings offered a competitive bid in excess of $1.4 billion. In announcing the deal to shareholders, GVC Holdings CEO Kenneth Alexander described the reasoning behind the latest merger to invigorate the online gaming industry:

“GVC is the natural partner for bwin.party considering our strong sports betting and online gaming pedigree. Sports betting is in our DNA and leveraging GVC’s experience of successfully acquiring and restructuring online gaming businesses, notably Sportingbet in 2013, we look forward to merging the two operations to deliver long term value for combined shareholders. GVC has been working closely with bwin.party’s management and has identified many talented individuals with whom it looks forward to working to ensure the future success of the enlarged business.”

Following the original merger of Bwin and PartyGaming, shares of the newly formed Bwin.Party Digital Entertainment stock hovered around the 200.00 plateau. In the wake of the latest acquisition by GVC Holdings, the stock’s price sat at 94.00 per share. Today, one share of Bwin/Party stock is worth 105.80. 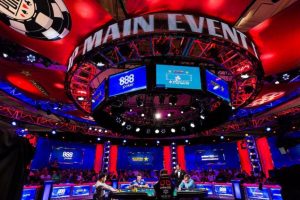 Caesars Entertainment and the London-listed 888 Holdings Plc have agreed to a multi-year extension of their B2B poker partnership. Under the renewed agreement, 888 will continue to power Caesar’s World […] 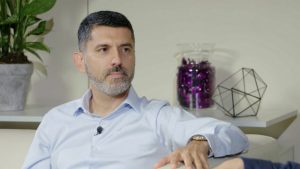 GVC Holdings has announced to assume a new corporate identity, Entain, and announcing a withdrawal from all unregulated markets. The move could cost the Isle of Man-based company £40 million ($52.7 […] 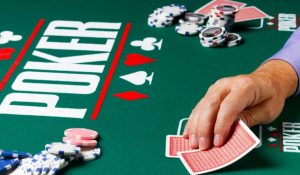 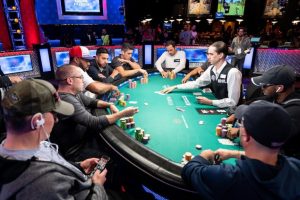