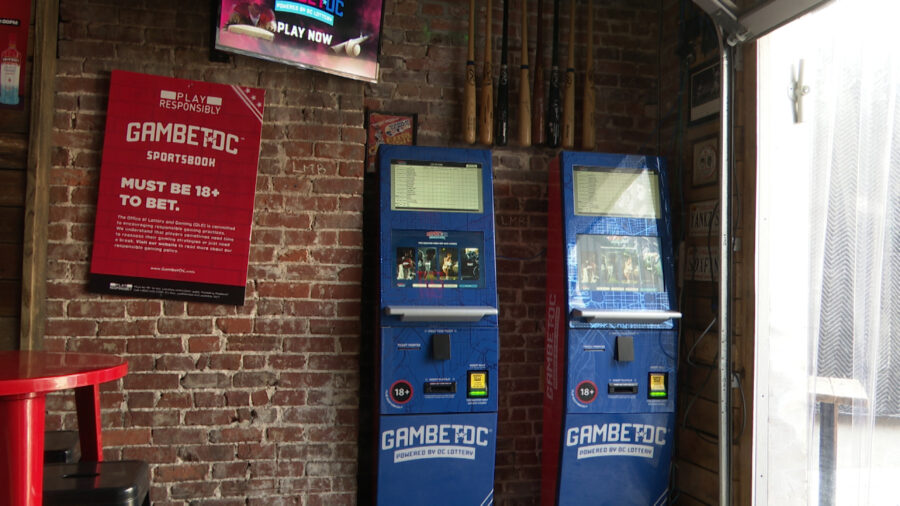 The DC Lottery-run GambetDC has partnered with local bars to extend retail sports betting services in a desperate attempt to compete with William Hill and BetMGM. The initial offerings will be available through betting kiosks at four locations. More will come in the later stages.

It’s just a beginning as the DC Lottery plans to open as many as 20 kiosks by the end of the year, the Office of Lottery and Gaming’s Director of Marketing and Communications Nicole Jordan.

The beleaguered GambetDC is the only district-wide mobile sportsbook in Washington DC sports betting, which restricts the other two retail operators within a certain radius to take online bets. Still, William Hill has dominated the DC sports betting scene since it came to the market.

BetMGM – the third-largest entity in US sports betting – has launched in June.

How Troubled DC Lottery Plans to Alleviate its Miseries?

Jordan said residents will see each organization call it ‘their sportsbook,’ adding that the DC Lottery wanted them to do that, and “that’s how it becomes a success.”

She said it’s no longer the lottery pushing out messages, adding that “they have their brand and we work with them.”

Jordan said the DC Lottery – which had been running a district-wide monopoly over mobile sports betting since beginning through its GambetDC app – will have an extensive network by the end of 2021.

The rollout will start with social settings such as bars, restaurants, and other places before focusing on lottery locations, Jordan said, adding there will be two or three kiosks on average in each spot to start.

It is yet to see if the district-wide network of kiosks will do the trick for the DC Lottery, which has failed to compete with William Hill despite an unequal contest. BetMGM entered the market this June following a partnership with Washington Nationals.

GambetDC Plans to Compete with William Hill and BetMGM

Before this recent partnership, DC bettors had just three sportsbooks in the district – the Lottery-run GambetDC, William Hill, and newly launched BetMGM.

The three sportsbooks combined to post $19.5 million in overall June handle. Of that total, William Hill took in $15.7 million and BetMGM saw $376,661, according to the report. GambetDC had accounted for only $3.4 million despite having a superior advantage over its competitors, which are restricted to offer mobile bets within the two-block radius in the area where they physically operate.

The DC Lottery’s expansion with these local businesses – which will operate under the Class B category – is aimed at competing with William Hill and BetMGM – which fall under Class A operators.

William Hill has a retail sportsbook at Capital One Arena, while BetMGM’s book is adjacent to the Nationals Park.

However, Friday was a big occasion for the four local businesses that celebrated the occasion by hosting mega-events for their patrons. The event showcased the new self-service sports wagering kiosks. The local sports figures, such as Brian Mitchell, Fred Smoot, Rick ‘Doc’ Walker, and Santana Moss attended the event.

Jordan said the lottery is excited to support the local businesses and to help them return from the Covid better than they were when it started.

“Together, GambetDC and these local businesses are going to prove that betting on DC is always a good decision,” Jordan said.

The owner of Takoma Station Tavern said he’s extremely excited to offer additional entertainment to its establishment to the districts.