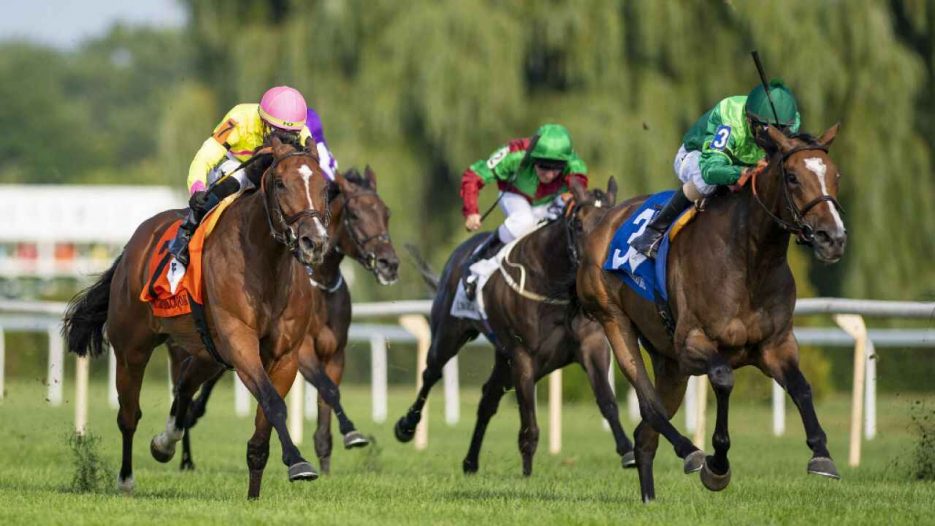 Posted in: US Horse Racing News

With no Triple Crown on the line in Saturday’s Belmont Stakes, Kentucky Derby winner Rich Strike is the third choice on the morning line.

With 7-2, the longest-shot Derby winner drew the fourth post position in a field of eight horses at the 1 ½ mile the third leg of the Triple Crown.

We the People, who did not compete in the first two Triple Crown races, is the 2-1 favorite. The second choice is the Todd-Pletcher-trained Mo Donegal, at 5-2. Mo Donegal had finished fifth in the Kentucky Derby.

Pletcher, the three-time Belmont Stakes winner, also has the filly Nest, 8-1 in the morning line.

Only three Derby horses, including Rich Strike and Mo Donegal, are taking part in the 154th Belmont. Barber Road, who was sixth in the Derby, is the third horse.

No Triple Crown This Year

There is no Triple Crown on the line at the third leg of the race run at the historic Belmont Park in Elmont, New York. Kentucky Derby winner Rich Strike did not compete in Preakness Stakes because of the quick turnaround.

Preakness winner Early Voting also skipped the Belmont as trainer Chad Brown is preparing the 147th winner of Preakness for a summer campaign at Saratoga.

Steve Asmussen has similar plans for Epicenter – the most favorite horse in the first two legs of the Triple Crown but finished both races as the runner-up.

Creative Minister, who finished third three weeks ago in the Preakness, is the only contender to run on all three Triple Crown.

While there’s no Triple Crown on the line in this Saturday’s race, many formidable horses are running the “Test of Champions.”

The proverbial dark horse has a brighter chance to claim the final jewel of the Triple Crown. At least, Eric Reed, Rich Strike’s trainer, feels the colt has done “real good since he’s been here… and he seems a little more confident.”

If Rich Strike wins, he will be the first horse since Thunder Gulch in 1995 to win the Kentucky Derby and Belmont Stakes.

The owners skipped Preakness – the middle jewel of the Triple Crown – to give Rich Strike extra time for the last and the longest of the races at 1 ½ mile.