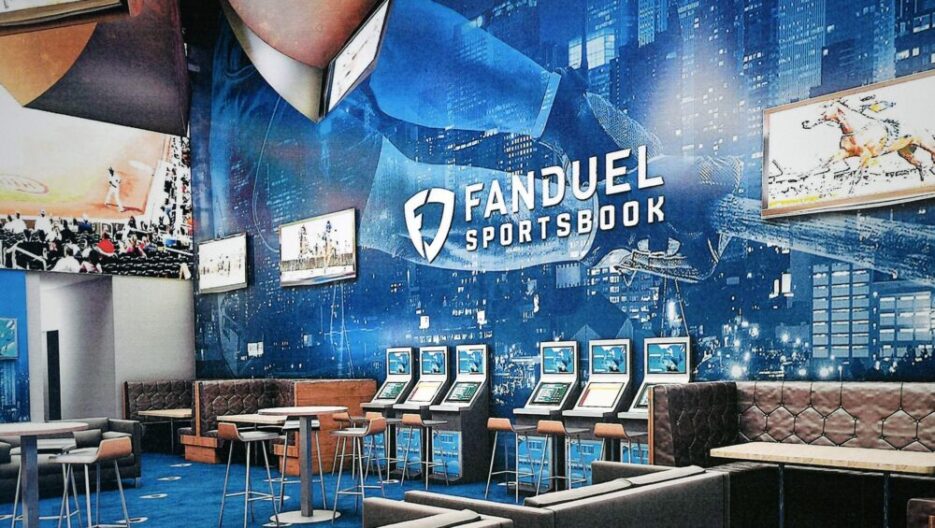 Flutter Entertainment has announced that FanDuel now commands at least 45% of the US online sports betting market as of the end of the second quarter.

Recent data shows FanDuel is close to grabbing 50% of the ever-expanding US sports betting market.

The New York-based operator is not yet profitable as it’s spending a huge amount of cash on promotions to gain new customers. But the company expects to be profitable by 2023.

Since the Supreme Court’s PASPA ruling in May 2018, FanDuel’s cost per acquisition (CPA) is $291, compared to its average return on investment in the first year after acquiring a client is 1.2x, according to the parent company.

FanDuel Focuses on Expanding for Now

Flutter – which also owns Paddy Power, Betfair, and Poker Stars – focuses on investing heavily in its US businesses, plans to turn a profit by 2023. The company has been investing heavily since 2018. By 2023, Flutter expects the sales from current customers will cover the cost of attracting new ones.

FanDuel – Flutter’s main US endeavor – saw a bullish trend during the first half of the year, which grew 159% to $903 million, accounting for 30% revenue growth of the group. In 2020, FanDuel was the smallest division by sales.

Flutter CEO Peter Jackson said the customer economics in the US bode very well for the future, with early FanDuel consumers generating positive payback within the first year of acquisition.

“In gaming, we see an opportunity to grow our market share and look forward to increasing our product offering in the coming months,” said Jackson.

FanDuel Outshining No. 2 By Margins

FanDuel outshines DraftKings and BetMGM – both claim to be the no.2 – by margins. In the first half of 2021, the Flutter-owned subsidiary spent $404 million on marketing and sales to draw $952 million in revenue. Meanwhile, DraftKings spent $399 million and generates sales of $610 million.

The Boston-based operator has long been the second-largest mobile sportsbook in the United States. But MGM Resorts International – the 50% owner of BetMGM – claims its digital unit took that spot behind FanDuel.

Both FanDuel and DraftKings could expect the same profitability levels in near future.

The Irish company projects FanDuel will be positive based on earnings before interests, taxes, and amortization (EBITDA) by 2023. The Wall Street projects the same future for DraftKings.

Forecast Based on Future State Openings

Flutter says the forecast for its FanDuel-led operations is based on expectations of further expansion. FanDuel plans to launch in another nine states over the next 18 months, making it available to 19 states, including New York.

The company, which predicted profit in the US for the first time, said the next 18 months will be crucial for customer acquisition.

Another important aspect of the report includes a three-fold increase in the customers over the last 12 months in the US mobile market. Average monthly players across all segments and countries swelled to 40%.

Shares in the company jumped to nearly 8% Tuesday morning.

No Spinoff Was Discussed

The statement by Flutter Entertainment was conspicuous by its absence of any mention of FanDuel spinoff. According to recent rumors, the highly anticipated spinoff is being delayed until next year, partly due to the pending litigation involving Fox Corp, and partly due to the May departure of FanDuel CEO Matt King.

Flutter said it has no immediate plans for any key acquisitions. Earlier this week, DraftKings announced it is acquiring Golden Nugget Online Gaming for $1.56 billion.

The Irish company will complete a $12 billion acquisition of The Stars Group next year.

Though Flutter expects profitability by 2023, it can delay it if Florida, Texas, and California launch before 2023. In that case, FanDuel will spend more on acquisitions.

“That would be a nice problem to have as it would our addressable market would be even bigger,” Jackson said.

Lawmakers in New Hampshire are on the verge of finalizing the Granite State’s sports betting bill and sending it to the desk of Governor Chris Sununu. During a special session […]

Will 5Dimes be Able to Enter the Legal US Sports Betting Market?

5Dimes is walking the road toward the legal sports betting market in the US after announcing a $46 million settlement with the authorities. The settlement clears 5Dimes’ assets of legal […]