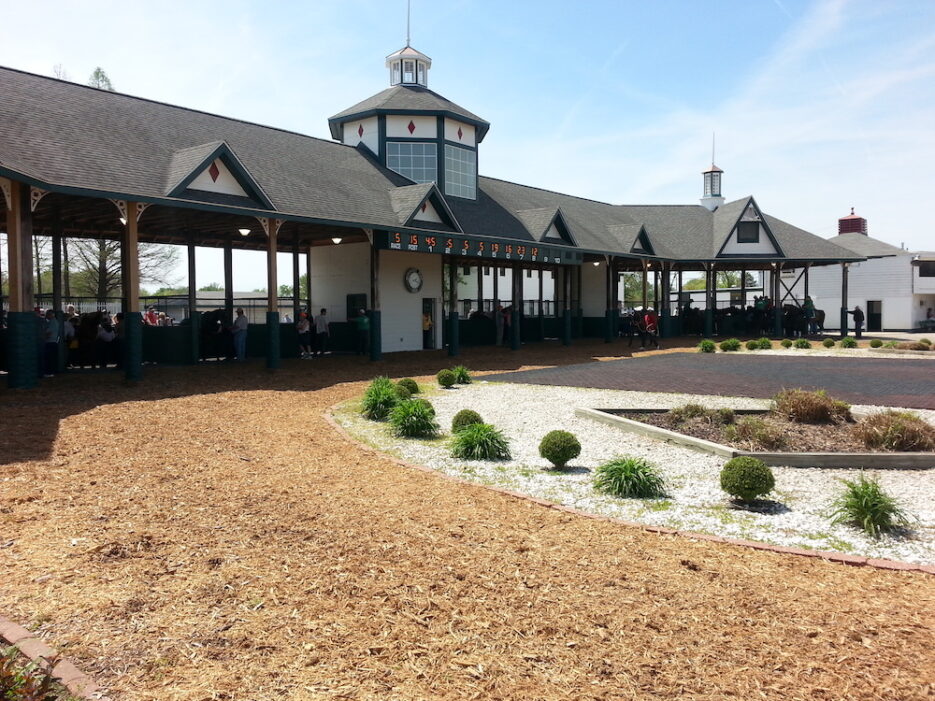 FanDuel has confirmed it will be investing millions in Fairmount Park Racetrack in Illinois to rebrand it as FanDuel Sportsbook and Horse Racing.

The official announcement came on Monday, eight months since the partnership news between FanDuel and Illinois racetrack Fairmount was first reported. The New York-based sports betting and daily fantasy giant will open a retail sportsbook at the 95-year-old track in Collinsville.

Under the agreement, Fairmount will be renamed FanDuel Sportsbook and Horse Racing. In exchange, the sports betting giant will invest millions of dollars in revitalizing the track while opening a retail FanDuel sportsbook in the venue.

While commenting on the new partnership, FanDuel CEO Matt King said in a press release, “We’re glad to partner with Fairmount Park to continue bringing top-quality horse racing and soon additional entertainment experiences through our sportsbook in the region. The track is an iconic state landmark which the company intends to modernize, bringing innovative technology and entertainment offerings only FanDuel can deliver.”

Melissa Helton, General Manager of Fairmount Park, expressed the Fairmount’s version over the development in these words: “Fairmount Park is excited to extend our alliance with FanDuel Group to now include their sports gaming platform. This partnership will enable the park to remain a crucial economic driver for the surrounding communities.”

Not An Overnight Development

A deal between the two entities had been in the works for almost a year. However, FanDuel went live with online sports betting in The Prairie State last summer with the Par-A-Dice Casino as Fairmount had not obtained licensed by then. The track got its Master Sports Betting License in October.

Now, the sports fans will also be able to place wagers at Fairmount Park’s signature race, the $250,000 St. Louis Derby, that has not been held since 2006 due to financial constraints. Besides, the operator plans a full revitalization of the track, including opening a FanDuel Sportsbook retail location. The alliance is consistent with FanDuel’s enduring history in sports racing through its subsidiary TVG, a sports-oriented digital cable and satellite television network. This cooperation also marks FanDuel’s maiden investment in a race track.

According to this deal, FanDuel will also transfer its sports betting license from Par-A-Dice to Fairmount, implying that the company will give up its retail location at Par-A-Dice in East Peoria in exchange for the newly acquired location at the Fairmount. The new location is around three hours south in Collinsville, better suited for retail bettors as Fairmount is around 15 minutes’ drive from St Louis. The development also suggests that FanDuel will give up its online partnership with Par-A-Dice, leaving the question mark over who would be the casino’s new digital partner in Illinois.

In late October, the Illinois Gaming Board found Fairmount preliminary suitable for a gaming license before granting the track a master sports betting license under the FanDuel brand. Fairmount said the investment would help it remain a crucial economic driver for the surrounding unities.

Fairmount, The Only Racetrack Outside Chicago

Fairmount Park is one of the three horse racing tracks in Illinois and the only one outside of the Chicago metro area. The track opened in 1925 and was home to St. Louis Derby (not to be confused with the most popular Derby), which was last run in 2006. Now, Fairmount has been approved to host as many as 53 live racing days in the next year, along with daily simulcast wagering on tracks throughout the US.

Fairmount also has a pending application for a casino license. If its racino license is approved, Fairmount is expected to offer up to a combined 900 slot machines and table games.