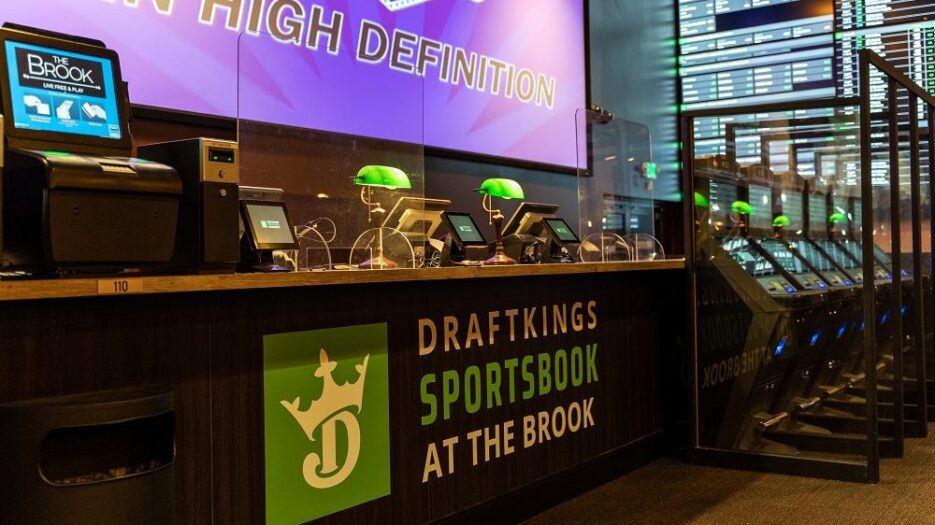 A Florida man who placed a $3 million parlay bet is considering legal action against DraftKings after the company froze his betting account.

In what appears to be the first major controversy in the 30-month-old US Sports betting industry, the bettor claimed DraftKings earlier allowed him to wager from out-of-state using a proxy in New Jersey. The claim has been denied by DraftKings after the sportsbook suspended his New Jersey mobile sports betting account.

A spokesperson for DraftKings told a sports betting news site that they had no prior arrangement with the customer whose account was locked by the company. DraftKings director Johnny Avello said, “We never authorized the customer in question to engage in proxy betting. Any claim by him (customer) that he had a verbal agreement from DraftKings director to place out of state wagers on his New Jersey mobile account via a proxy is patently false.”

How Did it All Start?

The story came out last week after the bettor told a betting news outlet that he was considering legal action against DraftKings after it suspended his account. On October 6, DraftKings accepted its largest parlay bet ever from this customer.

According to the same report, the operator froze the Florida man’s account on October 23, few weeks after he had placed $3 million worth of parlays on October 6 on the Green Bay Packers to win the NFL’s NFC North Division, and for Alabama and Georgia to win in college football at the West and East divisions, respectively. That wager had received coverage across many media outlets, with some analysts speaking of its unusually large size for a parlay. The parlays had an overall potential of $5.6 million.

According to DraftKings’ terms of use, a customer cannot allow another individual to use their account to place a bet. Boston-based sports betting operator has said the matter is under investigation, without revealing which authority is conducting it. When asked to comment on the issue, a spokesperson for the New Jersey Attorney General’s Office declined to do so.

Meanwhile, the unidentified bettor claims he had a relation with DraftKing’s director, adding that he also placed wagers with Wynn in Nevada when Avello worked there. The bettor reportedly had written permission to place wagers at this sportsbook via a proxy-based in the region.

The bettor in question later moved over to DraftKings once Avello joined the company in 2018. The Florida man claims his “friend” allowed him verbally to place wagers using a proxy at DraftKings just like they had been doing at Wynn Las Vegas sportsbook, the claims which Avello denied.

New Jersey is No Nevada!

Nevada allows relaxed rules as bettors can place legal wagers in contests through a proxy in the Silver State. It is common in Nevada that proxy services advertise their entities as legal means of entering the annual Circa Sports Million NFL betting contests and Westgate SuperContest.

However, New Jersey is no Nevada, and rules in the Garden State are far more strict on wagering. Now, the Florida bettor, who felt “horribly wronged,” says he will seek legal remedy against the DraftKings to access his winnings.

What is Proxy Betting?

Proxy betting takes place when a bettor places a wager on behalf of another person.  As Florida does not allow legal sports betting, and according to New Jersey sports betting law, sportsbooks are required to reject wagers from anyone “who’s an agent or proxy for any other person.”

Though DraftKings declined to speak on the matter, which it said is under investigation, its representative disputed the Florida man’s claim. They stated that Johnny Avello “did not have a verbal agreement with the customer in question to place a bet on his sportsbook app from New Jersey from outside the state using a proxy.”

What is Messenger Betting?

Messenger betting is when an out-of-state person uses a proxy to place a wager on their behalf in another state, often where legal sports betting is offered. Regarding the legality of messenger betting, casino industry consultant Andrew Klebanow remarks no sportsbook employee can give authorization for messenger betting that violates federal or state regulations. An attempt to this effect could revoke the license of the sportsbook.

Messenger betting rules are strict in New Jersey. This form of betting also appears to violate the federal Wire Act as it transmits wagering information across state lines to place a real money wager.

So, What Will Happen Now?

It is difficult to predict what will happen. According to a longtime gaming industry executive Richard Schuetz, “there’s more that we don’t know than we do know” at this point.

And this state of uncertainty is likely to persist for some time, at least as long as the matter in question is not made public. But Schuetz believes it is not a good sign for the industry, and the amount of the money involved in the matter will surely draw the attention of the federal investigators.

Following this incident, many social media consumers expressed their views that the Florida customer’s account was suspended because he was winning. The DraftKings said it is not the case, saying the sportsbook does not accept any bet that it does not intend to payout. A DraftKing representative said, “That’s not the case. $3 million is not going to make or break our company.”