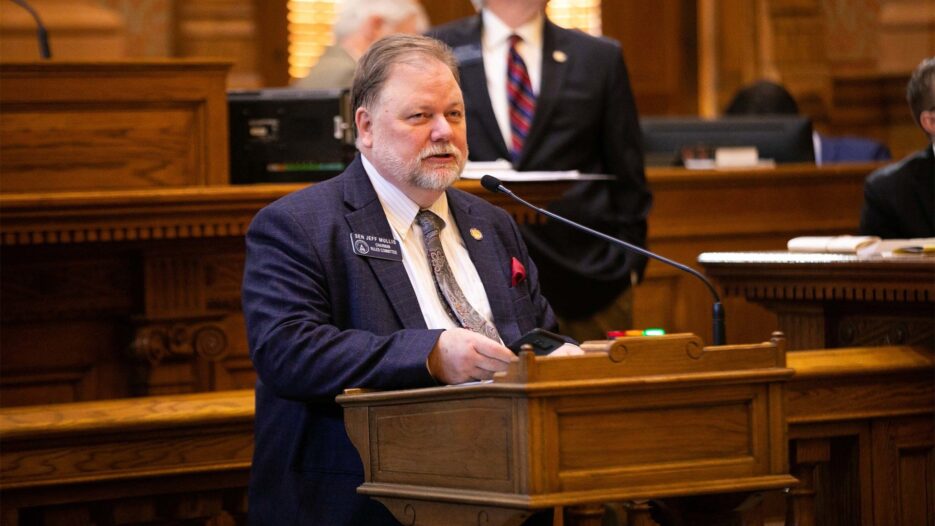 This week Georgia Senate Committee will vote on a sports betting bill that was filed earlier this month on February 11 by a group of influential lawmakers led by Senate Rules Committee Chair Jeff Mullis. The bill is a legislative proposal that would regulate online sports betting in the state. The Senate bill sees its fate unfolding this week.

The Senate bill mirrors one passed by a House Committee earlier this month.

The Tale of the Two Bills

There are many similarities between the two bills, SB 142 and HB 86. Both seek to allow bets to people 21 or above on professional sports and major college sports, excluding schools in Georgia. The two would allow the Georgia Lottery to regulate and levy bets on sports events and award as many as six licenses to sportsbooks. Additionally, it appears that the backers are impressed by the Tennessee formula as both proposals do not allow any land-based sportsbook in Georgia. Neighboring Tennessee was the first online-only sports betting market in the US when it was launched on November 1, 2020.

However, both differ in setting tax rates on the industry. The Senate bill would levy a 10% tax on the income generated through betting, while the House proposal sets it at 14%. House Economic Development and Tourism Committee chair Ron Stephens noted that even a 10% tax on sports wagering revenue could draw $46 million annually. Additionally, the House bill would limit bettors to using debit cards, a provision intended to keep potential problem gamblers from getting into financial troubles, whereas the Senate measure would allow both debit cards and credit cards.

While presenting his bill to the Senate Committee, Mullis said earlier this month that he wants Georgia to extract from online gambling, an activity that is already taking place in the form of illegal and offshore betting. He said, “The estimate is more than 2 million Georgians are already doing it now,” adding that the bookies are controlling sports betting. “If you honor me in supporting this issue, sports betting will be regulated by the Georgia Lottery.”

Lawmakers earlier held that sports betting, like casino gambling, would need a constitutional amendment approved by the state voters in a referendum. However, supporters believe that empowering the Georgia Lottery would bypass the referendum process as sports betting could be presented as simply another game offering for the Georgia Lottery. Attorney Nicholas Green noted that since sports betting is in many respects a game of chance rather than a game of skill, it may fall under the lottery’s orbit. He said when you put your money at risk on the abilities of somebody else, that is essentially outside of your control regarding the outcome of the game.

Since 1992 when it was enacted, the Georgia Lottery has generated billions of dollars for education funding and the addition of legal online sports betting for real money would see additional funds go into educational programs, such as the HOPE scholarship. The lottery has bipartisan political support, and it is one of the few state lotteries that allow online ticket sales.

One thing to note is that if sports betting was to become legal without a referendum, betting on horse racing would continue to be illegal. Horse racing usually uses a form of wagering called parimutuel betting, which is banned in the Georgia constitution, and so would require a constitutional amendment.

The Senate bill is likely to be advanced this week before it could go to the Senate Rules Committee and then the Senate floor for a vote. The House committee conveniently advanced the House sports betting bill earlier in February, but it was sent back to the committee for further deliberation. Supporters in the House will vie to keep up with the Senate as both chambers must pass identical versions of the bill before it is sent to the governor’s table for his signature.

However, it is yet to see if Gov. Brian Kemp, who is typically opposed to sports betting, approves the bill.

If there is one clear supporter of the bill it is professional sports teams, including Atlanta Falcons, Braves, Hawks, and United. These teams formed an alliance, the Georgia Professional Sports Integrity Alliance, to collaborate with state lawmakers to bring legalized sports betting in the Peach State. According to the alliance, nearly $1.5 billion is wagered on sports events in Georgia, making it the 12th largest unregulated betting market in the US.