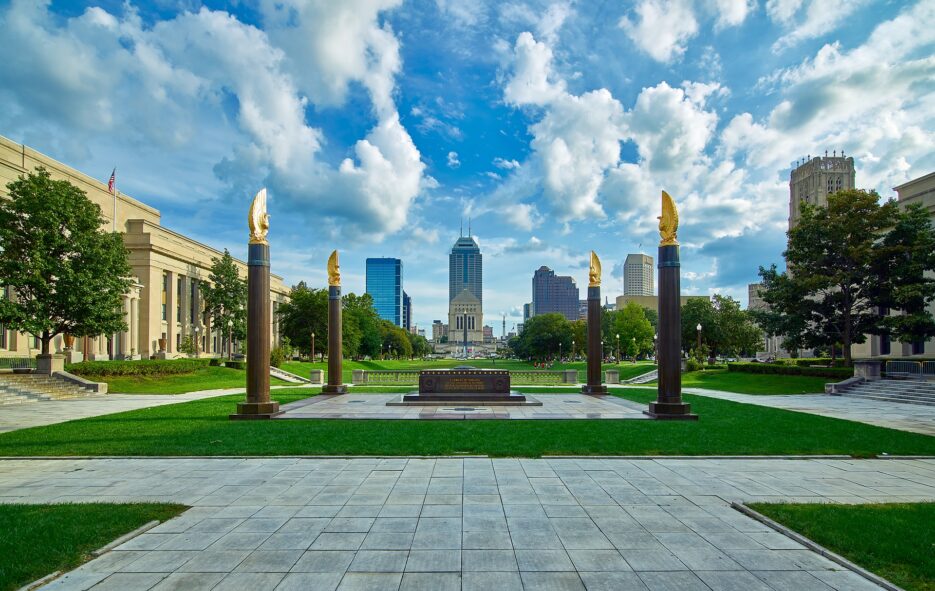 Indiana has become the fifth US state to ever cross $300 million in monthly sports betting handle with its record-breaking handle in December. The Hoosier State also concluded 2020 with four consecutive record months and more than $1.75 billion in wagers.

According to figures released on Tuesday by the Indiana Gaming Commission, the exact sports betting handle in December for Indiana was $313 million, up 25% from November’s record-setting $251.4 million and a 93.5% increase from December 2019’s $161.8 million. Revenue generated by the December handle was $24.1 million in adjusted gross operator revenue (GOR), which was almost double the $12.1 million set in December 2019. However, it fell short of the record in November of $25.3 million.

The return of professional and collegiate Basketball played a significant role in this record number.

Barstool Sportsbook at Ameristar managed to draw the second-most-in-person bets, followed by the Horseshoe Casino in Hammond. However, the largest retail handle was recorded by Hollywood Casino in Lawrenceburg, which saw $12 million.

When looking at the breakdown by individual sports, NFL and college football was the leader with nearly $102 million in handle. However, the number was a slight dip from November’s $113.5 million due to a limited slate of college football in December. The second most popular sport was Basketball, whose strong showing was reflected in $89.7 million worth of bets placed by fans on this sport. Parlays with $79.2 million and the “other” category with $41.5 million managed to keep their position among the top five.

The first full year of operation was a chaotic year for all non-essential businesses in the US. Still, Indiana sports betting managed to steady itself to close the year with a boastful handle record, following a continuous snowball over the last three month’s handle records. Like all other states, the Hoosier State faced the pandemic-led shutdowns of its retail sportsbooks and major sports for almost four months. Still, it kept afloat, thanks largely to mobile sports betting.

Online betting generated an all-encompassing 84% of the December handle, or $263.1 million. For the year 2020, Indiana’s retail and mobile sportsbooks took $1.8 million in bets, including $1.5 billion in mobile and online bets. After processing that $1.8 million, sportsbooks generated $138.4 million in GOR. The Hoosier State drew $13.2 million in tax revenues in 2020 from this flourishing sports betting industry.