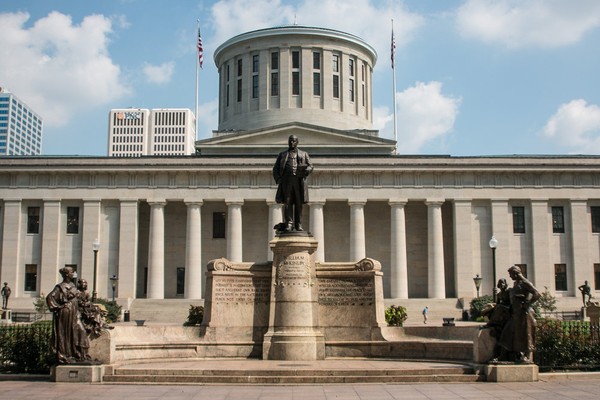 It comes days after the Ohio Casino Control Commission indicated sports betting might not launch this year.

House Bill 29, which cleared the state legislature in December 2021, stipulated that Ohio sports betting would start no later than Jan. 1, 2023. However, the launch could happen earlier if things had been sped up by the regulators.

Gov. Mike DeWine had signed the sports wagering bill days after it was passed by the legislature.

The latest development means the Ohioans will miss most of the NFL betting this year.

The Disappointment is ‘Official’ Now…

Hopes of having legal Ohio betting by the NFL kick off this September were dented last month when the executive director of the Ohio Casino Control Commission, Matt Schuler, said the universal start date for the statewide mobile and retail betting might likely be close to if not exactly January 1.

Speaking at Wednesday’s meeting, Schuler said that Jan. 1, 2023 launch date would be necessary as the state and the potential operators prepare for the launch.

The chief regulator also set out a timeline of the Buckeye State’s preparations for the January 1 universal start date. It includes a July 15 deadline for applications for operators’ licenses.

All Operators to Start on Same Day

According to HB 29, all licensed operators – there can be up to 46 mobile operators – will launch on the same date. Twenty-one of the total 25 license holder may tether with up to two online operators. The remaining can tether with only one mobile skin per license.

According to the official report, the land-based operators can be located at four casinos, seven racinos, and 10 professional sports teams. These entities can apply for wagering licenses under the Ohio sports betting law. Under the law, up to 40 licenses will be awarded among these potential candidates.

Additionally, betting kiosks will also be available in bars and restaurants with liquor permits.

Ohio’s is slated to be the biggest universal launch where dozens of the state’s approved sportsbooks – whether retail or mobile – will go live on the same date.

It is different from other states where operators have launched on different dates. For instance, New York mobile sports betting, which licensed nine operators to launch, went live with four operators this January.

The Casino Control Commission will launch a new licensing site on June 15, according to the existing site. The new site will include a list of applicants for Type-A, -B, and -C applicants on a rolling basis.

A public lookup for applicants for other types of licenses will be made available in August, when Ohio’s eLicensing system will be updated for sports betting.

A major reason for the long delay is the unprecedented level of the rollout, as the regulators expect nearly 3,000 applications to be processed before the universal start date.

All the mobile operators, land-based sportsbooks, and betting kiosks in bars will be able to launch on the exact same date, making Ohio the largest simultaneous launch of sports betting in the nation.

However, how many of those mobile operators will actually go live on Jan. 1 is not known, though things will become clearer once the new website becomes available. Most of the national operators plan to launch in the nation’s seventh-largest state by population.