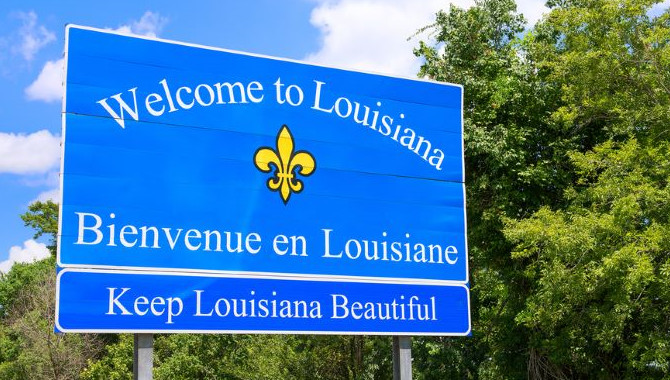 Louisiana Senate approved Thursday the sports betting bill weeks before its adjournment with a view to launching before the NFL. The upper chamber voted 32-4 in favor of House Bill 697, a tax bill sponsored by Rep. John Stefanski. The bill required 26 votes to get through.

Another key sports betting legislation was passed in the upper chamber on Wednesday.

HB 697, which was also co-authored by another 13 lawmakers, would authorize the Louisiana Lottery to regulate sports betting and establish a tax structure on sports betting. The House had passed the bill on May 10, by a 78-24 vote majority.

During the session on Thursday, Senators wrapped up the proceedings relating to HB 697 in just two minutes. No questions were asked, and there was no debate. The upper chamber read the bill by title, approved, and ordered it returned to the lower chamber for concurrence, with a motion to reconsider tabled.

What Happened A Day Earlier on Wednesday?

Another crucial sports betting bill was passed by the Senate on Wednesday. SB 247, backed by Senate President Patrick Page Cortez, sets the regulations and procedures of sports betting. It was approved 31-6 before it was moved to the House.

The trio of bills is aimed at enacting Louisiana sports betting to realize the wishes of voters in 55 of Sugar State’s 64 parishes who wanted to see legal sports betting in November 2020.

SB 247 calls for 20 licenses among 15 existing casinos and five racinos, with two mobile skins per license. Geofencing would limit online betting to 55 parishes.

The Senate has now approved both bills on successive days paving a way to legalize betting on professional sporting events. The lower chamber has yet to concur with the measures before they can be sent to the governor to give it legal authority.

Once cleared, Louisiana sports betting will be available on mobile phones, at the Sugar State’s 20 casinos on riverboats, at Harrah’s brick and mortar facility, and in racetracks, in addition to kiosks at bars and restaurants that offer liquor.

The Louisiana Lottery Corp. would be authorized to contract a provider to handle sports betting kiosks to be set up in bars and restaurants with liquor-serving facilities.

The Lottery could spend $16.4 million to acquire 1000 terminals, with kiosk vendors asking 40% of the net proceeds annually.

Though SB 142 still awaits a Senate vote, expected later this month, its passage is not required to kick off sports betting in Louisiana, which the lawmakers hope to bring ahead of the football season.

The initial application would be $250,000 and the license fee to launch sports betting operations in Louisiana would be $500,000 for five years.

Each casino is allowed to have two skins to take mobile bets, with the initial application fee of $100,00 and a permit fee of $250,000 for a term of five years.

HB 697 would levy a 10% tax on retail betting and 15% on mobile betting. The proceed from the industry would go into “Sports Wagering Enforcement Fund” in the state treasury.

Louisiana could draw $20 million in annual sports betting revenue, according to Stefanski.

The process of passing the Lousiana sports betting bill began in early April months after the voters approved the industry in November 2020.