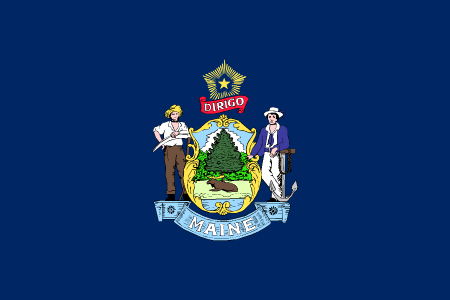 The Maine Gambling Control Unit executive director has recently said that Maine sports betting may not launch until 2024.

The revelation comes nearly a week after Maine became the first state to legalize sports betting this year after Gov. Janet Mills signed the bill into law.

Milt Champion even postponed his vacation in August, when the Maine sports betting law goes into effect. He said he hates to be disappointing the people, but he would rather be realistic, saying the rule-making process could take until 2024.

On May 2, Gov. Mills had signed sports betting into law, more than two years after vetoing a competitive sports betting bill that would extend the mobile option to the state casinos. The Maine sports betting law, conceived by Mills, gives the state’s tribes exclusive mobile betting.

What Did the Chief Regular Say?

Champion estimated a go-live date of between April 2023 and Jan.1, 2024, for the mobile operators that must tether with the state’s tribes.

The executive director said he has been following closely the states that legalized sports betting over the past three years. He said he wants to avoid certain issues faced by some of those states, adding that he needed to look into many things, from acquisitions to violations.

He realized that it was the regulatory body’s time to do the work, but it didn’t mean they needed to roll it out and be real fast about that. “I’m not going to sit on this stuff as I know how important it is to people,” Champion said, adding that he doesn’t want to rush that out and have Maine look bad.

“Rules don’t get done in a week. I hate to be disappointing to Mainers, but I’d be rather realistic and then roll the sports betting rules out in six to eight months and have people happy because we did it so quick.”

Maine to be the longest Rollouts from Legal to Live State

Maine sports betting law, which received the governor’s signature on May 2, does not get into effect until Aug. 2. But the state residents won’t be able to wager on the New England Patriots and Boston Red Sox by fall as Champion estimated a launch may happen somewhere between April 2023 and Jan. 1, 2024, under the new law.

If Champion’s conservative estimates are to be believed, Maine could take another 18 months to launch sports betting – be the longest rollout state from legal to live in the US.

So far, the longest rollouts from state legislations to the eventual launch in the nation were Tennessee and Washington DC. In both jurisdictions, the regulators took nearly 16 months.

However, some states have launched within four months following the legislation. The national average is about a year.

What’s the Biggest Hold Up?

Once prepared, the rules need public hearings, followed by a written comment period and a few legal reviews. There could be multiple rounds of public hearings, which could prolong the rule-making process.

Champion Hopes His Estimate is Wrong

Champion said he hopes his conservative estimate is wrong, adding that if everything goes smoothly, Mainers could legally wager on Super Bowl LVII.

Responding to those criticizing his two-year launch date, Champion said the more parties cooperate and work together, the quicker Maine sports betting can go live.

The Wabanaki Nations – Maliseet, Penobscot, Passamaquoddy, and Mi’kmaq – could tether with any major operator to extend mobile sports betting once it is operational in the Pine Tree State. Each tribe can partner with up to one mobile operator.

Though the state’s two commercial operators – operated by Churchill Downs and Penn National Gaming – are not allowed to offer mobile betting, the law doesn’t explicitly prohibit them from partnering with a tribe.

A representative for the Passamaquoddy tribe told the media that “something has gone seriously amiss” if the Maine sports wagering rules take two years to develop.