Despite the best efforts by regulators, Maryland sports betting will miss the start of the NFL season, according to a recent statement by Gov. Larry Hogan.

On Monday, Maryland’s Sports Wagering Application Review Committee (SWARC) held its first meeting. The body – which is authorized to award sports betting licenses – voted that it will not need further information from certain licensees, paving the way for the Maryland Lottery and Gaming Control Commission (MLGCC) to review and distribute licensees named in the law.

The sports betting rules must be published in the Maryland Register, following which a 30-day public comment period can start. That process is likely to start by the end of August.

In a recent interview that was published Aug. 14 in a news site, Gov. Larry Hogan said it’s impossible to launch Maryland sports betting by the start of the football season. The governor said this after the state’s Lottery and Gaming Control Agency updated him about the inability to wrap up the process before Sept. 9.

The NFL kick-off is less than a month away, and a 30-day public comment period has still to go for the rules before Old Line State launches its sports betting industry.

“I pressed them hard about ensuring we get it done at least by the end of the NFL season when all the betting takes place…” Hogan told Maryland Matters.

What SWARC Concluded in First Meeting?

In its first meeting, SWARC made sure the MLGCC could vote on important sports betting issues as soon as its September meeting.

On Monday, SWARC voted against learning more information about the designated licensees and will send those to the commission. The Monday action keeps alive the chance for Maryland bettors to place a legal wager during the NFL season.

According to the MLGCC site, the designated licensees could open retail books this fall. The process could take up to 18 months for non-named licensees – including mobile licenses.

The commission had rolled out proposed rules in July, but those have not been finalized yet.

The MLGCC has yet to vote to formally “award” the licenses, available to several named entities, including professional sports venues, casinos, OTBs, racetracks, and two bingo parlors.

In addition, the following casinos are also named for the licenses.

The following are horse racing and OTBs named for Maryland sports betting licenses.

Each group will be awarded a different type of license, with licensing fees ranging from $50,000 (for small businesses) to up to $2 million for the Old Line State’s biggest casinos and pro sports venues.

What’s the Role of SWARC?

While the SWARC has a limited role in breaking out this group of 20 major licensees, most of the process will be taken up by the Lottery and Gaming.

The review committee has to mainly deal with the Class B and mobile license processes, and will also ensure the state’s special legislation for minority-owned entities is duly complied with.

The SWARC can award up to 30 Class B licenses and up to 60 online sports betting licenses.

One of the committee’s key objectives will be to keep exclusion zones, including a 1.5-mile radius around Class A or B licensees, in addition to 15 miles around Hollywood Casino, Rocky Gap Casino, and Ocean Downs Casino.

The SWARC will hold its next meeting on Sept. 20.

According to Chairman Tom Brandt, SWARC’s major roles are to award licenses, establish a license application process, and make sure if a licensee is “in the public interest.”

Under the law, the applicants must first submit to the state’s two-step process, first through SWARC and finally through the Lottery and Gaming. Hogan said the two-step process and a huge number of applicants have led to the delay of the Maryland sports betting launch by the start of the NFL season. 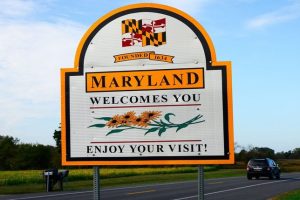 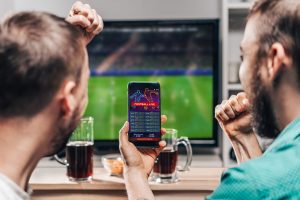