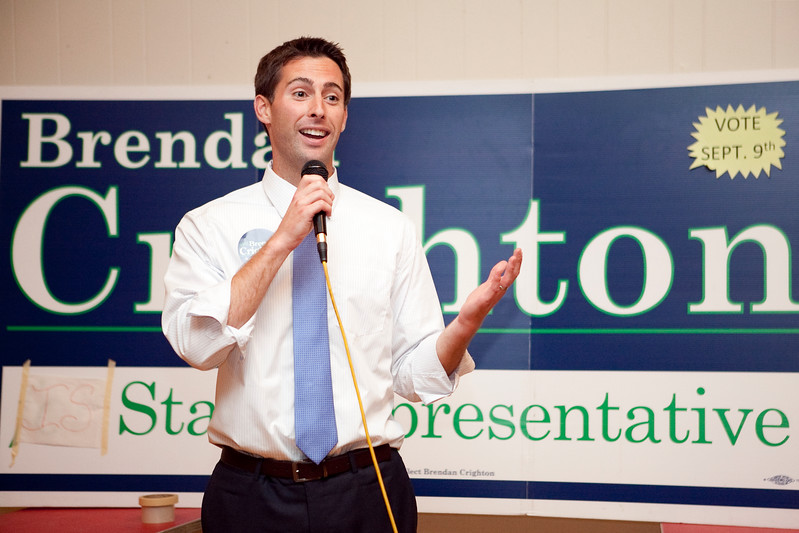 A Massachusetts lawmaker has made a renewed attempt to legalize sports betting in the state through a new legislative measure to be taken up by the Senate.

Last week, Sen. Brendan Crighton filed Senate Bill 177, allowing lawmakers to have another opportunity to decide whether or not sports betting should be legalized in the Bay State. After 2020’s sports betting bill was discarded from the final version of Massachusetts’ economic development bill during the previous session, the Democratic Senator has refiled a fresh Massachusetts sports betting bill. While highlighting the features of the new bill some days back, Crighton said, “We’ve modified our bill over the past few years.” He said that they’re pretty confident in the product.

Features of the New Bill

While other proposals are also likely to be filed, Crighton’s bill allows people aged 21 or above to place bets on sports events at the Bay State’s casinos, slot parlors, as well as simulcast facilities. Massachusetts Gaming Commission will be empowered to regulate sports betting in the state.

Crighton’s proposal, which does not limit the number of sportsbooks that could be licensed, would require an initial fee of $10 million from a gaming operator seeking a license to launch offerings in Massachusetts. Casinos would be liable to pay a renewal license fee of $1.25 million every five years. Besides, sports betting revenue would be levied at 15%. From this, Crighton, expects the bill to draw $100 million in initial application fees and $45 million annually from the proposed tax (15%).

Massachusetts Gov. Charlie Baker, who introduced a sports betting bill two years ago, supports the latest move, which does not extend betting on in-state college sports.

Who Can Participate in Massachusetts Sports Betting?

As SB 177 is published, we can see the potential entities looking for a possible launch. For instance, Massachusetts’ two casinos – Encore Boston Harbor and MGM Springfield – and its Plainridge Park racino operated by Penn National will be able to apply for sports betting license. In addition, mobile-only sportsbooks can also apply and obtain licenses to launch their sportsbook applications. BetMGM, Barstool Sportsbook, and WynnBET will reportedly acquire licenses if SB 177 becomes law. However, new racetracks will have to invest at least $25 million by the next three years to qualify for a license.

Crighton also said that his measure could bring in $70 million for Massachusetts before a single bet is placed.

In fact, HD 118 and HD 119 seek to establish a special commission to conduct a thorough study of online sports betting in a way that could drag the legalization process considerably. If these bills are approved, the so-called research committee will start its work within 30 days. Its members would then have four months to study the effects of mobile/online sportsbooks before the Bay State sees the industry’s actual launch.

Daily Fantasy Sports (DFS) is also incorporated in these bills, with a tax rate of 15%. Currently, there are no DFS taxes stipulated in the state, despite Massachusetts’s industry being open to players.

A Race Against Time

Both the Senate Bill and the House Bills in Massachusetts are currently on the table and will have their fair share of time on the legislative floor as the 2021 session is underway and adjourns on December 31. So, lawmakers have ample amount of time to discuss sports betting regulation in the Bay State.

Still, Massachusetts must act sooner rather than later to iron out the legislative hurdles into a legalized sports betting industry. Bettors are already splashing dollars in the neighboring states of New Hampshire and Rhode Island. Both states legalized in 2019 and are reaping the fruits of a lucrative industry.

“Looking at the states around, residents are going to wager on sports whether or not we legalize this, but right now the money’s going to the black market and to other states,” Crighton told the media. “With the black market, there are no consumer protections… It’s important to bring people out of the shadows into the regulated market.”