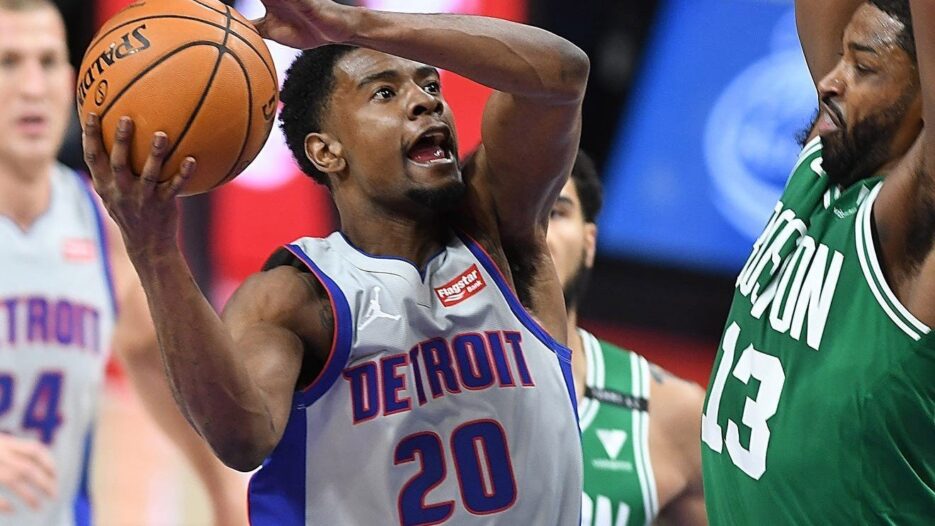 Despite posting a 10% decline in Michigan sports betting May handle, the operators generated a whopping $35.9 million in revenue last month.

It was the third-largest revenue figure since Michigan went live with mobile wagering in January 2021.

According to a report released Thursday by Michigan Gaming Control Board, Michigan sports betting May handle posted a 10% decline to $356.1 million.

Michigan State collected nearly $1.2 million in taxes from the taxable revenue of $24.8 million after the operators deducted $11.1 million in promos.

May was the lowest Michigan handle since August 2021.

Despite the summer slump-led eclipse, the Michigan sportsbooks reported a 38% gain from $237.6 million wagered in May 2021.

The average hold rate for MI sportsbooks in May was 10.1%.

BetMGM entered its third-straight month as the second-largest operator in the Michigan sports market, making $8.8 million in revenue from nearly $80 million in handle.

Since the launch of Michigan online on Jan. 22, 2021, DraftKings has been mostly among the top 2 operators in the state. However, the year 2022 brought about the decline of the Boston-based operator in the Michigan market, which has allowed BetMGM to fill the no-2 spot for the third-straight month in May.

In January, FanDuel and DraftKings posted 26.7% and 26.6% market share, respectively.

Michigan sports betting market enters summer slump gracefully amid the slower US sports calendar. Though the Wolverine State is expected to post slimmer handles for the next couple of months, its 10.2% dip is still better compared to many other legal markets.

For instance, Indiana and Maryland reported a 14% dip each for the same duration. Similarly, the Iowa market saw a 17%, and Mississippi witnessed an 18% decline for the month of May.

Though the $333.4 million is the lowest online handle since last August, the $33.5 million in revenue is the third-highest since the launch and the second-highest this year.

A better yardstick is to compare the market to the previous year. This shows Michigan online sports betting has grown 38% from May 2021, and sports betting revenue by 69% from a year ago.

Online gambling in Michigan also brought decent numbers in May. The state regulators posted $127 million in internet casino revenue, up 34.2% from the $94.9 million during the same period in 2021.

Despite sliding slightly from the record $132.4 million posted in April, Michigan still witnessed its third-highest online gambling revenue month in May.

The Wolverine State’s online gambling market had seen just one month (December) with revenue over $121 million. Michigan online casinos have posted higher revenue than that for each month this year so far.

The state generated $23.5 million in taxes from Michigan online gambling. Additionally, $9.8 million in revenue went to the local entities.

While the slow season for sports is leading to diminishing sports betting numbers, online casinos continue to thrive in Michigan. “That consistency more than offsets the inherent ups and downs of the sports calendar,” said Paul Constanzo, a leading analyst.