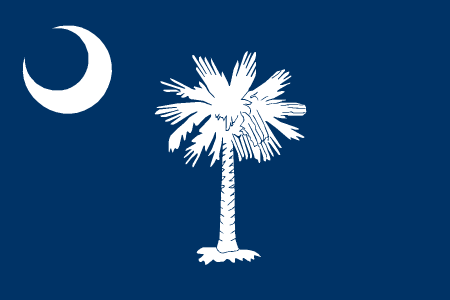 South Carolina lawmakers introduced Thursday a new sports betting bill for the second time in three years. The previous measure was introduced in 2020.

The bill would allow the state’s lottery to issue up to 12 mobile sports betting licenses to operate in the state. Those licenses would enable state bettors to use mobile for statewide betting on professional and collegiate sports. Events such as Olympics, motorsports, and e-sports would also be available under HB 5277.

Professional sports franchises, PGA Tour event hosts, as well as promoters for national stock car auto racing events, would be able to apply for wagering licenses besides partnering with an operator.

The bipartisan bill would impose a 10% sports betting tax, with the lion’s share of the proceed from the new industry directed to education.

Besides allowing professional sports, H 5277 would also legalize college sports and esports betting– which are disallowed in many states with legal sports betting. Potential entities seeking licenses would have to pay a $500,000 annual license fee, in addition to the non-refundable application fee.

The bill further calls for a 10% on adjusted gross sports wagering revenue, directing 80% of revenue from the industry to be allocated to the education lottery account. The remaining 15% would go to the general fund, and 5% to the problem gambling.

Any South Carolina resident who’s at least 21 years old would be able to place legal bets.

What is Bill’s Current Status?

South Carolina sports betting bill has been referred to the House Judiciary Committee for reading. Both House and Senate must pass the bill before sending it to the Republican governor’s desk.

Before the bill lands at the governor’s desk, the bill’s current language might change. Both chambers must agree to the final changes before it reaches Gov. Henry McMaster’s desk.

McMaster has been hostile towards legalizing sports betting in the past, believing it’s inconsistent with the values South Carolina cherishes. However, his reelection bid in November could affect his usual stance depending on how close the race gets.

Joe Cunnigham, a former congressman, is a potential candidate looking for a Democratic ticket. He’s been advocating for legalized online sports betting, claiming the Palmetto State has been missing out on roughly $100 million a year by not regulating the industry.

State Sen. Mia McLoed, the other important candidate, has yet to reveal what she feels about legal sports betting.

The legislative session adjourns on June 15.

The bill would empower the South Carolina Lottery Commission as a sports betting regulator. During the post-passage comment gathering duration, the lottery would be able to adopt temporary rules. It means the bill aims to launch sports betting much faster than it usually happens after legalization.

The measure would enable sportsbooks to carry forward any losses month-to-month and exempt revenue attached to promotional bets/free play from taxation.

If sports betting is regulated in South Carolina, it will become only the fifth of the 11 southeastern conference states with a legalized industry.

The introduction of HB 5277 comes three years after HB 3395 – an attempt to legalize sports betting through a constitutional amendment – was introduced by Rutherford in 2020.

More than 30 states have legalized the industry since the Supreme Court annulled PASPA in May 2018. Neighboring North Carolina has retail sports betting at two tribal casinos, and a mobile wagering bill is underway there. Georgia, which also borders South Carolina, tried but failed to regulate sports betting recently.

Although several bills are moving through several state legislatures – including Kansas, Missouri, and Minnesota – no states have legalized sports betting in 2022.