The New York State Gaming Commission has finally released its study that the state’s sportsbooks could generate up to $1.14 billion annually.

The commission first requested the study, authored by the Spectrum Gaming Group, in September 2019, with a three-month period before the finding was to be released. However, the study missed its December 2019 deadline for several reasons, including the coronavirus pandemic. Eventually, the 345-page report was released last Friday and suggests that the Empire State could generate $100 million in sports betting tax revenue and between $816 and $1.14 billion in yearly revenue.

This news comes amid a highly crucial time, as the in-depth study was released three days after Cuomo’s annual State of the Budget address showing his new-found support for the industry. The governor sees mobile sports betting as one of the ways to solve the budgetary deficits.

However, the recent study’s revenue projections are based on the introduction of an open market with multiple operators, an idea the majority of lawmakers back, and sees a much higher return. Spectrum estimates New York sports betting revenue for the first six years of full-scale sports betting, estimating the online and retail betting could bring in somewhere between $332 million and $406 million in its launch year. The study, however, expects this to increase sharply over the years to a maximum of $1.14 billion in the market’s sixth year.

The study based its sports betting revenue estimates on a yearly gross gaming revenue (GGR) of $50 to $70 per adult across the country. Since the average household income of New Yorkers is a bit higher than the national average, the research increased its per-adult revenue estimates accordingly for the Empire State. Spectrum also projects that sports betting growth will go hand in hand, with the market to generate somewhere between $74 million and $104 million in state tax revenues upon maturity in its sixth year. The study based these figures on a tax rate of 10%.

It is essential to note that Spectrum did not include a projection on the amount of revenue online sports betting could bring in for New York under a Cuomo-supported stat-run model. The study only considers mobile sports betting via New York’s four commercial casinos and three gaming tribes. According to the proposal, sportsbook operators must attach with one of four existing commercial casinos in New York. Currently, DraftKings, FanDuel, BetRivers, and Bet365 are live for retail sports betting in the Empire State.

Earlier this, Bank of America analyst Shaun Kelly observed in a research note that state-run systems are not as productive (as an open market), with handle per adult nearly 80% below the national average.

The door opened for New York online sports betting following Gov. Cuomo’s State of the State address, in which the Democratic leader expressed his support for the lucrative industry. Cuomo believes a lottery-style monopolized model would generate the most state revenue, with Robert Mujica, New York’s budget director, claiming the model could bring in $500 million annually for the state.

However, lawmakers are currently discussing passing two bills seeking an open market with multiple providers. On January 7, Sen. Joseph Addabbo and Assemblyman Gary Pretlow proposed the bills S1183 and A1257. If passed, the measures would allow New York’s gaming commission to issue a request for proposal to select multiple providers. Both bills are out of committee following the Senate vote. 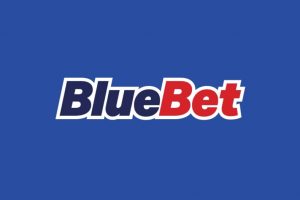 President Trump has renewed his complaint about the election, wondering how he could lose after bookies gave him a 97% favorite. While taking on Twitter last Wednesday, the outgoing president […] 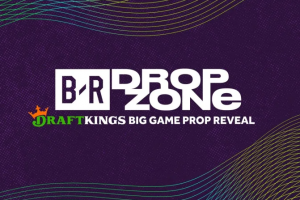 New Jersey concluded 2020 with yet another national sports betting record in December, posting almost $1 billion in handle. New Jersey sportsbooks took $996.3 million in handle, the most ever […]

A recent report, or perhaps rumor, suggested that DraftKings was aiming to buy Bleacher Report (BR), a dwindling media company facing financial challenges. Although the news was immediately dismissed, it […]

Despite the pandemic, the Massachusetts Lottery has set a new record by posting an estimated profit of $1.1 billion in the fiscal year that ended last month. The agency announced […]