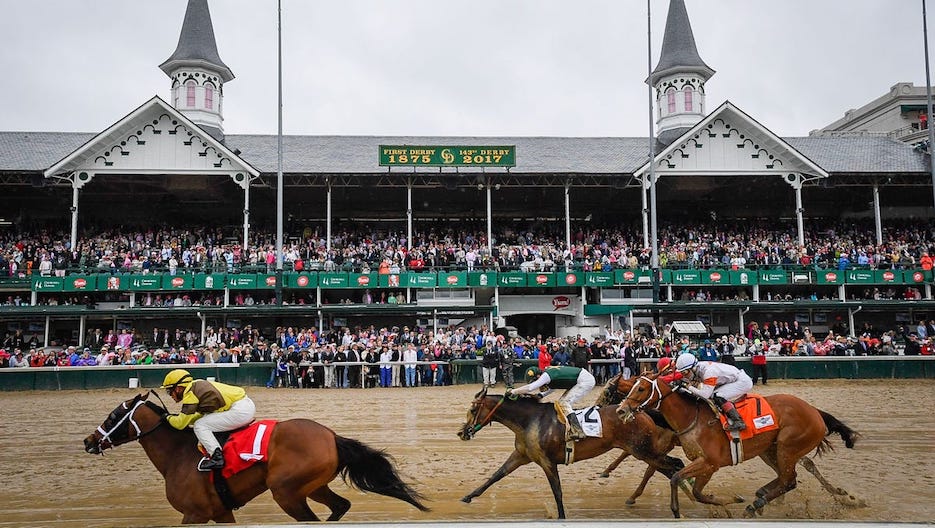 Rich Strike won the 2022 Kentucky Derby Saturday in what turned out to be the second-biggest upset in the history of the race.

At 80-1 odds, Rich Strike was on the also-eligible list until Friday morning. When the Kentucky Derby 2022 winner entered the race after Ethereal Road was scratched, it paid $163.60 on a $2 win bet.

Donerail, at 91-1 in 1913, is the longest shot to win the Kentucky Derby that started in 1875 at the Churchill Downs in Louisville, KY.

Jockey Sonny Leon and trainer Eric Reed won the 148th running of the Kentucky Derby in their very first attempt on a cool and cloudy first Saturday in May at the historic Churchill Downs.

The favorite Epicenter and Zandon finished the Run for Roses in second and third place, respectively.

What Happened on Saturday?

Rich Strike entered the Derby field on Friday as an alternate after Ethereal Road pulled out of the race. At 80-1 odds, Rich Strike was the biggest longshot in the 20-horse field.

As the horses neared the final stretch of the most exciting two minutes in sports, Rich Strike came from nowhere to surge past the betting favorites Epicenter (4-1) and Zandon (7-1) in the final seconds of the race.

Simplification finished another 2 lengths back in fourth.

The race was set up for a closer due to a blistering early pace set by Summer Is Tomorrow before Crown Pride outpaced at the 3/4 mark. Epicenter and Zandon then jumped ahead with a lightning pace in what appeared to be a predictable outcome of the Kentucky Derby 2022. But Rich Strike apparently came out of nowhere to cross both favorites.

Trainer “About Passed Out” After the Race

Trainer Eric Reed said his team came to Louisville a couple of days before the race, while still on alternate status, to prepare for the possible entry into America’s most-wagered-on horse race. He said Rich Strike began training against all odds, even though nobody thought they could get in.

But the officials’ announcement on Friday that Rich Strike was in appeared to be the heavenly answer to their prayers.

“We came here on a prayer,” Reed said during a news conference following the race.

“This is the reason everybody does this because we’re not supposed to be here,” Reed said, adding that he knew the horse loved the track and he had been training throughout the year.

Reed, who knew he had a chance, said he “about passed out” immediately after the race.

Venezuelan jockey Sonny Leon, who was riding in his first Kentucky Derby, led Rich Strike in the most surprising victory in more than a hundred years. The winning horse brought home $1.86 million.

Leon shared his emotions before the race, saying he was excited. “Nobody knows my horse like I know that horse.”

What Do We Know About Kentucky Derby 2022 Winner?

Rich Strike – a son of Keen Ice out of the Smart Strike mare Gold Strike – was bred at Calumet Farm. He is owned by Richard Dawson of RED TR-Racing, according to the derby’s website.

After finishing 10th in his first race in August at Ellis Park – a thoroughbred racetrack in Henderson, KY – the chestnut colt was claimed for $30,000.

In September, rich Strike broke his maiden at Churchill, finishing 5 ¾ lengths behind Tiz the Bomb, earning the 20 points required to qualify for the Kentucky Derby.

The Kentucky Derby, the most popular betting race in the US, is the first race in the country’s horse racing’s coveted Triple Crown. The other two are Preakness Stakes and the Belmont Stakes.

The next race or leg of the Triple Crown – Preakness Stakes – is scheduled to take place in Baltimore, Maryland, on May 21.

The open competition started this year without trainer Bob Baffert, who was banned from the Kentucky Derby for two years after Medina – who crossed the finish line first in 2021 – later tested positive for a banned substance.

The initial runner-up in the last year’s race, Mandaloun, was later announced the winner.