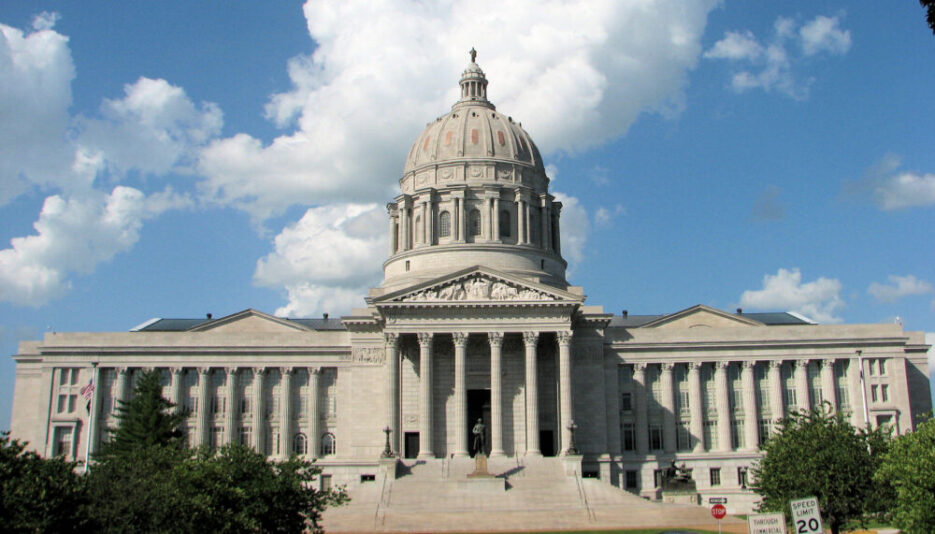 Missouri saw renewed sports betting efforts this week when Sen. Denny Hoskins brought a new bill before pulling it back before a vote.

On Wednesday, Missouri Senate debated a standalone proposal that would tax sports betting at a 15% rate, an increase from the 8% tax approved earlier by the House.

Though Hoskins did not include video lottery terminals (VLTs) in the proposal, the Wednesday’s discussion that bled into Thursday morning dimmed hopes for quick legislation.

Hoskins reflected his disappointment in his tweet early Thursday, “I tried to pass a standalone sportsbook bill tonight, but I ran into some resistance. But I’ll keep working toward a compromise bill that provides funding for our veterans & education.”

Hoskins introduced Wednesday’s standalone bill, proposing a $1.25 million annual fee per digital skin or platform, three skins per casino, and one skin for each professional sports team. The key factor was the inclusion of VLTs.

Hoskins worked with Rep. Dan Houx – who authored one of the sports betting bills on the agenda last Wednesday – to help prepare the details of the new legislation. The two lawmakers agreed that Hoskins should work it through the upper chamber on Wednesday night.

Even though Hoskins and the other proponents sought to iron out most issues, some still had questions.

Sen. Bill White led the opposition, raising the questions related to financial cost and benefit issues that would follow the passage of the “contentious bill”.

Shortly after White’s comments covering low-income Missourians losing their money on sports betting, Hoskins Thursday morning wasn’t the best time for the bill to be approved.

Who’s Behind the Opposition to New Bill?

Following the early Thursday’s action, Hoskins told media that his colleague was very “passionate” that Missouri should not legalize sports betting and appeared to be in “filibuster mode.”

Hoskins added that he offered the sportsbook-only deal on Wednesday on HB 2400 as an amendment. “Unfortunately, some of the casinos encouraged some of my colleagues to filibuster my sportsbook-only amendment.”

So, he decided around 1:30 a.m. to withdraw the amendment, he said.

The new plans would generate around $114 million in revenue, which is higher than many other states with legal sports betting.

Hoskins reiterated his “never say never stance,” insisting sports betting is not dead, adding that he’s trying to do what he can.

Houx also expressed hope there is still a deal in the works to get Missouri sports betting to the finishing line this year.

The Kansas City Chiefs are also a bone of contention between the two states, each of which wants to woo the professional football team based in Kansas City, Missouri.

Chiefs were rumored to move to Kansas, though the team’s representative rebutted the claim in a recent hearing before Missouri lawmakers.

The Missouri legislative session ended Thursday, killing the hopes of making Missouri the 36th state with legal sports betting. The state residents will have to wait at least another year […]