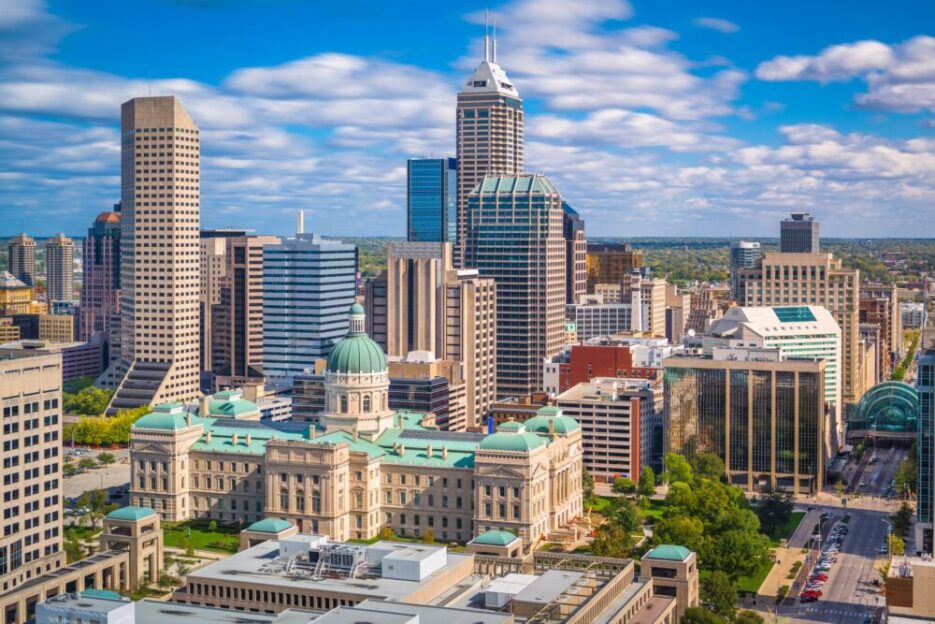 While building on its sports betting records for the fifth straight month, Indiana posted a handle of more than $348 million in January. According to state figures released Friday by Indiana Gaming Commission, January’s number eclipses the previous best of $313.1 million recorded in December, representing a month-over-month increase of 11.2%. Last January, the Hoosier State saw $171 million in the monthly handle, making the January 2021’s figure a 103.9% year-over-year increase.

As usual, digital sports betting brought the most number of bets last month. The revenue generation also saw an unprecedented increase during the month as Indiana sportsbooks drew a record $29.3 million in revenue last month, causing the state to raise $2.8 million in tax revenues.

The NBA and college Basketball largely drove the January record in addition to the NFL Playoffs, which helped swell the handle last month.

Following the general trend, digital sportsbooks continued to capture the Hoosier State’s betting market. Of the total $348.2 million, around $300 million or 85% came through online bets. The January 2021 digital handle represented a 12.6% increase from December 2020’s $269 million and up 145.7% from what Indiana sportsbooks’ brought last January ($123.4 million).

The country’s two giant online sportsbooks DraftKings and FanDuel, drew the lion’s share of the online bets, with $122.6 million and $89.2 million, respectively. The third-most formidable name in the US, BetMGM, took $52.4 million worth of bets. PointsBet drew $13 million, and BetRivers $9 million, while the UK-based William Hill which was recently acquired by Caesars Entertainment recorded $5.1 million of the handle.

One noticeable aspect of January’s handle was the resurrection of retail sportsbooks, which had been almost completely eclipsed by digital sports betting apps throughout 2020, thanks largely to the coronavirus pandemic. Retails sportsbooks in Indiana drew $51.7 million last month, compared to $47.7 million they brought in during the same period last year.

Hollywood Lawrenceburg led the retail betting market with $13.4 million, while Ameristar Casino handled $9.6 million in retail wagers. Horseshoe Hammond brought in $7.4 million to become the third leading retail sportsbook in the Hoosier State for the month of January.

It’s an open secret that Hoosiers love Basketball, and that’s what was reflected in January’s handle as well. Around 38% of total bets were placed on Basketball, which drew $133 million in the monthly handle. Parlay bets were the second category to bring in the most number of bets, drawing in $86.1 million.

An expanded NFL playoff helped increase the football handle last month, making NFL, along with college bets, the third most popular sport in January, with $77.6 million in the handle. The rest of the handle was left for “other” ($50.3 million), and baseball which drew nearly $56,000 in wagers ahead of Spring Training.

Considering January typically a flat month in terms of sports betting activity, the Indiana market indicates an impressive trend and growth in January.

What A Month for Indiana Sports Betting!

The record January came despite Michigan kicking off its online sports betting industry, drawing $35.7 million in wagers in its first month. Unharmed by the recent events surrounding its border, Indiana sports betting kept its pace steadily.

The Hoosier State continued to benefit from its betting market, which brought in $2.78 million in taxes last month, up 20.7% from December’s $2.3 million and up 128.1% in the year-over-year comparison. The total tax raised from gaming in Indiana last month was $49.6 million, comprised of betting tax, supplemental tax, and sports betting tax.

As for revenue, last month’s taxable gross revenue for sports betting was $29.3 million, representing an increase of 20.7% from December’s AGR of $24.3 million. The revenue number for January suggest a hold of around 8.4%.