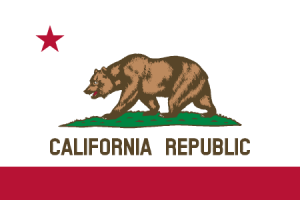 California boasts a rich and diverse land-based gambling industry, which is both a blessing and a curse for local gambling enthusiasts. On the one hand, they have access to 100+ card rooms, 60+ tribal casinos, race tracks, and state lottery products. On the other hand, there are many conflicts of interest preventing local businesses from forming a unified front that could lobby for new, favorable legislation and allow the industry to expand. For example, in November 2018, the local tribal casinos filed a lawsuit against the commercial card rooms, stating that they shouldn’t be allowed to offer casino-style games like blackjack or pai-gow poker.

As a result, California doesn’t have a regulated online gambling market in the same vein as New Jersey or Nevada. What’s more, the Golden State isn’t likely to pass any iGaming legislation anytime soon. Politicians like Asm. Lloyd Levine, Sen. Roderick Wright, Sen. Lou Correa, Asm. Reggie Jones-Sawyer, Asm. Mike Gatto, Asm. Adam Gray, or Sen. Isadore Hall have attempted to legalize internet poker sixteen times since 2008, but each of those pushes has failed. It seems that 2018 marked the end of these efforts as no online poker bill was put on the agenda that year. The California sports betting bill, which is expected to be introduced in 2020, may share the same fate, especially if it ends up bundled with regulations that would allow local cardrooms to introduce more Vegas-style games. Even though the United Auburn Indian Community signed a partnership deal with MGM-GVC Interactive to provide sports betting in its casino, other tribes have already stated that their primary goal is to protect their established brick-and-mortar businesses, which could put them in opposition to any such legislation.

California regulations are convoluted in defining illegal gambling, and local judges tend to fall back on the federal Unlawful Internet Gambling Enforcement Act when dealing with unregulated gambling sites. This was the case when the court shut down the Desert Rose Bingo site operated by the Iipay Nation of Santa Ysabel tribe. The tribe argued that it had the right to offer internet versions of all Class II games, including bingo and poker, because the 1999 gaming compact signed in accordance with the Indian Gaming Regulatory Act gave it complete authority over these forms of gambling. Ninth Circuit Judge Carlos T. Bea agreed with some of the tribe’s arguments but indicated that the patrons’ “act of placing a bet or wager on a game of Desert Rose Casino while located in California, violated the UIGEA, and was not protected by the Indian Gaming Regulatory Act.”

According to California Penal Code Sec. 330, “every person who plays or bets at or against any (…) prohibited games, is guilty of a misdemeanor, and shall be punishable by a fine not less than one hundred dollars ($100) nor more than one thousand dollars ($1,000), or by imprisonment in the county jail not exceeding six months, or by both the fine and imprisonment.” Some casino games are listed as prohibited, but this status can be applied to “any banking or percentage game played with cards, dice, or any device, for money, checks, credit, or other representative of value.” The “any device” part is crucial here – in theory, this could allow the local authorities to punish an individual player for using an offshore gambling site, such as Bovada or BetOnline.

California gambling laws are a mess of state regulations and town-level laws, but in most cases participating in an illegal game of chance would be considered a misdemeanor. Nevertheless, the California code does not mention online gambling specifically and the state doesn’t really have all that many broad regulations that could be applied to online gambling. Consequently, most experts agree that Californians are free to enjoy their favorite iGaming sites, as there’s no law that would directly criminalize doing so.

All laws related to gambling can be found in California Penal Code 330 et seq.; Bus and Prof Code 19400 et seq., and Gov’t Code 98001 et seq. The minimum gambling age is 18, but most casinos don’t accept customers who are younger than 21 in order to legally serve alcohol to all patrons.

Tribal casinos in California are spread across 30 counties, so residents enjoy fairly even access to them. The largest such venues are located in Temecula (Pechanga Resort and Casino), Highland (San Manuel Indian Bingo and Casino), Lincoln (Thunder Valley Casino), Cabazon (Morongo Casino Resort and Spa), Brooks (Cache Creek), and Pala (Pala Casino Resort and Spa). In addition, certain card rooms offer casino-style card games, such as blackjack or pai-gow poker, but the tribes are doing everything in their power to shut those games down.

California is an important hotspot on the US poker map. Many of the tribal casinos operate large poker rooms that can host major tournaments, and poker is the main attraction at local cardrooms. For this reason, many local politicians have tried passing favorable internet poker laws since 2008, but each of the proposed bills has been abandoned due to the local gaming industry’s atomized nature and the opposition from powerful anti-gambling lobbyists, such as Sheldon Adelson. The Iipay Nation of Santa Ysabel tribe tried launching an online poker site under the existing regulations, but this attempt was shut down by the courts.

As a result, there’s no way for a California resident to play poker over the internet legally.

Sports betting in California is limited to on-site pari-mutuel horse race betting. Off-track betting is prohibited. When the Professional and Amateur Sports Betting Act, which banned sports betting in the United States on a federal level, was defanged by the Supreme Court, California lawmakers began working on a new sports betting bill, which is expected to be introduced in 2020. The new bill will likely include additional provisions expanding the array of games that can be offered by cardrooms. If this proves to be the case, the Indian tribes will fight it tooth and nail, which might prolong the legislative process or even sink the bill altogether. Still, the United Auburn Indian Community already signed a partnership deal with MGM-GVC Interactive to provide sports betting at the Thunder Valley Casino Resort.

The new bill might introduce online sports betting to California, but at the moment, local sports enthusiasts don’t have access to any state-sanctioned betting platforms. Using offshore sportsbooks is a risky proposition as it could constitute a violation of California Penal Code Sec. 330.

These days, California lawmakers can’t seem to agree on anything regarding gambling, which is demonstrated by the 2015 DFS bill’s fate. Bill A 1437, was introduced in September 2015 by Asm. Adam Grey. It passed through all the committees and was approved by the Assembly in a 62-1 vote, but the Senate never took it up. Thus, the legal status of DFS contests remains undetermined. As usual, this doesn’t seem to bother DFS companies such as FanDuel or DraftKings, which continue to offer their services to California-based sports fans. However, this doesn’t mean that using these platforms is 100% legal – it merely means that this issue hasn’t been settled by a California court.

The California State Lottery offers local and multi-state draw games, including Mega Millions and Powerball, as well as scratchers and Second Chance games. Unfortunately, the Lottery doesn’t sell any tickets online, so if you want to join the action, you need to visit one of the land-based retail shops.

Bingo is available both as a charity game and commercially in casinos. The Iipay Nation of Santa Ysabel tribe used to operate an online bingo site called Desert Rose Bingo, which was shut down by a court decision in 2016. At the moment, California residents don’t have access to any legal online bingo platforms.

What types of gambling are available in CA?

California is a great state for poker enthusiasts and casino game fans, as the Golden State is packed with tribal casinos, card clubs and prestigious poker rooms. In fact, the Commerce Casino is believed to host the biggest live poker room in the world. If that wasn’t enough, California also has horse racing, a state lottery and bingo. However, when it comes to internet play, California is yet to follow in Nevada’s footsteps and introduce new laws that would create a regulated intrastate iGaming industry.

All of the laws that deal with gambling and games of chance are listed in the California code. The most important thing about California regulations is the fact that none of them apply specifically to iGaming services, which means that California-based players are pretty much free to join the action on Bovada or any other offshore site.

If you’re a California resident, you should be able to join all the important offshore gambling sites.

What are the most popular banking options supported by California-facing sites?

In many cases, the only available deposit method is debit/credit card payment. MoneyGram or Western Union is sometimes an option with the biggest sites, such as Bovada. Offshore sites offer cash-outs via a wire transfer and via a check by courier.

No. While California lawmakers don’t really care about individual players, they do care about keeping all the local gambling operations in check. Consequently, the current regulations make it impossible for local businesses to operate iGaming sites and to offer internet gambling services.

Is it likely for CA to regulate online gambling?

California is guaranteed to regulate online gambling in 2015 or 2016, as the local lawmakers are more than interested in creating a new source of income for the state that way. However, negotiating the shape of the new bill is very hard and time-consuming, as the Californian land-based gambling operators and other interest groups proved to be unwilling to compromise and reach an agreement that’d be acceptable for every party involved.