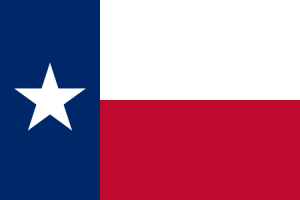 Legal gambling in Texas is limited to betting on horse and dog races, state-sanctioned lottery games, and charitable gaming.

The local Native American tribes operate two medium-sized casinos, but the government has been trying to eliminate this form of gambling from the state since 2002, shutting down one major casino and forcing the remaining two to limit the scope of their operations on several occasions.

Gambling in Texas is defined as an “agreement to win or lose something of value solely or partially by chance,” and the Texas Attorney General’s Office made it clear in the early nineties that this also applies to internet games. Opinion no. DM-344 issued by then-Attorney General Dan Morales declares that local law enforcement officials are expected to go after individual players.

The same opinion states that people who engage in online gambling can’t argue that their activities fall under the exemption meant to facilitate private home games because gambling sites are available to the broader public. Placing an unlawful bet is considered a class C misdemeanor regardless of the gambling form.

The current political climate makes it impossible for Texas to legalize internet gambling in the foreseeable future, and the state’s regulations prevent local iGaming enthusiasts from playing on offshore sites without risking prosecution.

According to Section 47 of the Texas code, participating in any form of illegal gambling is a misdemeanor. Gambling in your home is an exception to this rule, but it’s hard to say whether this exception extends to online play. Aside from the lottery-related regulations, Texas gambling-related statutes simply don’t mention online play, and the authorities have never tried prosecuting someone for playing at an offshore iGaming site.

Casino-style gambling is entirely illegal in Texas outside of Indian reservations. Even worse, local authorities are doing everything in their power to shut down tribal gaming too. In 2016, they successfully forced the Speaking Rock Casino in El Paso to go out of business. Despite this toxic legal environment, two Indian casinos continue to offer their services to local gambling enthusiasts. The larger venue – the Kickapoo Lucky Eagle Casino – is located in Eagle Pass and operates over 3,000 slots. The second casino – the Naskila Entertainment Center – is located in Livingston and offers around 300 games. Playing casino games over the internet is prohibited.

Even though Texas Hold ’em is named after the Lone Star State, playing poker or any other card games for money is just as illegal there as playing slots or other luck-based casino games. The local poker scene centers around the tribal casinos and illegal poker rooms operating out of bars and strip joints. There aren’t any state-sanctioned online poker sites operating in Texas at the moment, and playing on offshore sites constitutes a violation of the local anti-gambling regulations.

Sports betting is illegal in Texas, and the Supreme Court’s recent ruling that struck down the PASPA federal ban isn’t going to change that anytime soon. Online betting is illegal under the same provisions that prohibit playing poker or casino games over the internet. On a brighter note, on-track betting on horse and dog races are allowed, and all eight racing facilities offer simulcast wagering.

The largest DFS sites – FanDuel, DraftKings, and Yahoo DFS – offer their services to Texas residents, but the future looks bleak for local enthusiasts of such contests. Before 2016, DFS companies maintained that they operate on the Texas market legally because their contests are based on skill as opposed to luck.

In January 2016, Texas Attorney General Ken Paxton reviewed the legality of DFS in response to a request from Rep. Myra Crownover and concluded that engaging in such contests constitutes illegal betting. As a result, FanDuel decided to withdraw from the local market, only to reopen its platform to Texans in 2018. Following its return, FanDuel received a letter from one of the state’s assistant attorney generals, which notified the company that the state does not permit it to offer fantasy sports gambling to its residents. Neither the officials nor the DFS companies are willing to back down. The issue of DFS in Texas will most likely be settled by a court, which is expected to side with the authorities.

The Texas Lottery offers local draw games, multi-state lotto (Mega Millions and Powerball), scratch games, and all-or-nothing. The lottery isn’t allowed to sell any tickets over the internet, and its website serves for information purposes only. Consequently, Texans looking to participate in any of the available games need to visit one of the land-based retail shops.

Bingo is considered legal as long as it’s a charity game. Operating a commercial parlor or an online bingo service is illegal, which means that Texans don’t have access to any state-sanctioned bingo sites. Playing on an offshore platform constitutes unlawful betting and is treated in the same way as playing on offshore poker networks or casino sites.

What types of gambling are available in TX?

Land-based gambling in Texas is reasonably popular, and the state doesn’t have any restrictive gambling-related laws in place. Local gambling enthusiasts can enjoy their hobby in a tribal casino or at the racetrack. Like most US states, Texas operates its own lottery, which is also available over the internet.  Social gambling and charitable gambling are allowed, but the state doesn’t have any regulated online gambling sites.

The rules and regulations that have to do with gambling, in general, are listed in Section 47 of the Texas code. Online play is never mentioned in the passages referring to casino-style games and sports betting activities, so it’s tough to determine whether those general regulations apply to offshore sites’ customers or not.

Determining the current legal status of online gambling via offshore services is very hard. As mentioned above, the authorities have never tried prosecuting internet gamblers, so it’s impossible to say whether they’d be able to get a conviction or not.

Most offshore sites are glad to accept Texas-based players.

What are the most popular banking options supported by Texas -facing sites?

Credit and debit card deposits are probably the best and most convenient option with most sites, as they tend to be quick and relatively reliable as long as your card has been cleared for international transactions. When it comes to withdrawals, most sites prefer to stick to bank wire transfers. However, in some cases, it might be possible to cash out via a check by courier, especially if you want to withdraw a considerable amount of money.

Texas doesn’t have any regulated sites similar to the casinos and poker rooms that have been made available to Nevada and New Jersey residents over the past few years. However, Texas lottery tickets can be purchased online.

Is it likely for Texas to regulate online gambling?

No. Texas regulations have recently been adjusted to allow for online lottery ticket sales, and nothing seems to indicate that the local lawmakers are planning to take it any further.