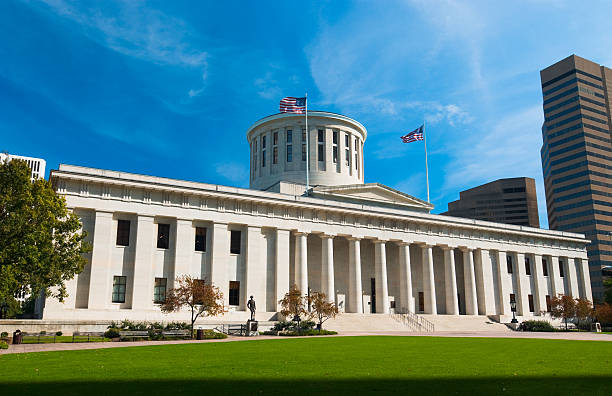 After years of wait, it could be finally a fruitful attempt as a long-awaited Ohio sports betting bill will see the light of the day on Thursday.

Sen. Kirk Schuring broke this news Monday while speaking on 1450 WHBC that a bill will be introduced. He said he is working very diligently on that, conferring with the Senate majority leader Matt Huffman. Schuring said he’s still working to make some edits to the 250-page document.

The legislation comes after weeks of hearings before the Ohio Select Committee on Gaming concluded in late March, with assurances that a new sports wagering bill would likely be introduced in April. Though Thursday would push the “unofficial” deadline by another week, it appears to be a good sign for the industry. Particularly, for the Buckeye State’s casinos, major league teams, and small businesses that want a stake in the regulated market.

Not A Perfect Bill Though

Schuring said as they introduce the bill at a press conference Thursday, they’re not saying it’s perfect. “We’re saying, ‘OK, let’s have hearings, let’s have the interested parties come in.”

Schuring said their particular focus is to ensure that the new Ohio sports betting bill is at least written correctly.

However, Schuring did not reveal further details regarding the bill, as backroom deals were reportedly reached in a bid to bring this bill to the surface. The stalemate has been the same point this time around as it was a year ago: Will the Ohio Lottery or the Ohio Casino Commission be in charge of sports betting in the Buckeye State?

In addition, there is a range of unresolved issues to be ironed out, including whether professional sports teams will get an online skin. Or if bars, restaurants, and such other facilities will be allowed a piece of the pie, and in what capacity. Or if the professional leagues will acquire a monopolized control on league data, and how many licenses will be awarded to compete in the space.

Lottery and Casino Vie for Control

However, if there is any single biggest issue in the legalization process, it is between the groups that want the lottery to operate sports betting and those who like to give this role to the casino commission.

A few weeks ago, the spokesperson for the Ohio Professional Sports Coalition said that the Buckeye State has the opportunity to get it right by allowing the sports teams to have fair market access to make it a healthy competition. He also called for limiting the number of licenses.

Groups such as the Ohio Fair Gaming Coalition also expressed support for legislation with broader implications, with one of its spokesmen saying, “We’re very interested in making sure sports betting can happen from everywhere.”

However, Cleveland’s professional sports teams have told lawmakers this shouldn’t be reduced to a casino monopoly.

Ohio lawmakers are confident sports betting legalization is coming within days. Past bills stalled in the legislature amid disagreements over who would control sports betting. Proponents of the legalization believe without regulations, businesses and taxes from betting are deserting the state as bettors go to other states to place legal wagers if they don’t turn to the black market. In either case, the State of Ohio has not been the beneficiary.

Casino operators want to see legalized Ohio sports betting. Reinhard said the company views sports betting not as a profit center base a way to get new customers to its properties.”

The Ohio Fair Gaming Coalition has lobbied for small retailers and businesses to be allowed to offer sports betting, too.

Above all, Gove. Mike DeWine wants regulated sports betting in Ohio. He said at a March 1 press conference, “Sports betting is already in Ohio, Ohio is just not regulating it.”

He said it is inevitable to legalize sports betting, which he sees coming to the state. He said the lawmakers are working on it, and he would have the opportunity to see what they come up with and the opportunity to weigh in at the appropriate time.