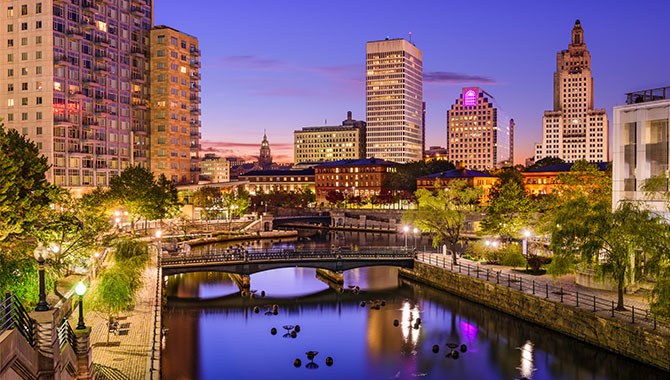 March Madness fever also engulfed Rhode Island sports betting, which saw a 13.1% increase in its handle to $38.6 million in March. February had brought in $34.1 million in sports betting handle.

According to the latest figures released Wednesday by the Rhode Island Lottery, last month’s handle was also up 331.1% from March 2020’s $8.94 million. March 2020 also coincided with the nationwide closures of non-essential businesses, including Rhode Island casinos due to the pandemic.

This year, March Madness catapulted the Ocean State’s numbers close to its all-time high sports betting handle of $39.8 million recorded this January. The NCCA Tournament was canceled last year because of the coronavirus.

Rhode Island online sports betting handle increased 19% from February’s $17.8 million to $21.2 million in March. It was also a 592.1% increase from the online handle recorded for the same period last year.

Similar Boost in Other Gaming Options

Besides sports betting, Rhode Island also saw a similar boost in other gaming fronts. Video lottery terminals witnessed a net terminal income boost to a whopping $38.32 million, representing a 36.7% jump from February’s $28.03 million, and a 135.6% rise from the same period last year.

Rhode Island was the first New England state to regulate sports betting in June 2018, a month after the Supreme Court’s historic PASPA judgment came. Within a year, then. Gov. Gina Raimondo signed a bill into law that allowed Rhode Island mobile sports betting too. The first mobile bet was placed at the Twin River Casino in Lincoln that went live on September 4, 2019.

There was no March Madness in 2020. But the 2021 NCAA Men’s Basketball Tournament helped swell Rhode Island sports betting handle. Without college basketball in April, the state’s handle and revenue could diminish. But the NBA and MLB, currently ongoing, Rhode Island bettors won’t be deprived of sport betting options in April.

On Monday, the Connecticut Lottery said it had received 15 Requests for Qualifications (RFS) responses from operators wishing to become its sports betting partners.

As Connecticut is on the way to joining Rhode Island and New Hampshire, the other three New England states- Massachusetts, Vermont, and Maine- have also been looking for ways to legalize sports betting.