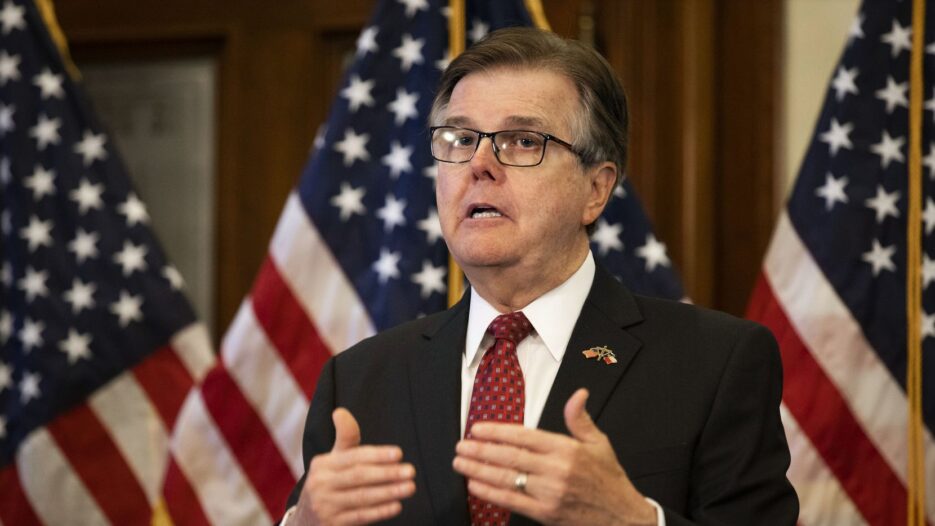 Lt. Governor Dan Patrick has dismissed any prospects of legal sports betting in Texas, the second-largest state in the United States. While speaking on a local radio station Tuesday, the second-highest-ranking politician in the Lone Star State said Texas sports betting was “not going to see the light of day this season.” He stated that he just doesn’t see support for the idea in the state Senate, which he presides over, or among Republican voters.

Patrick’s statement comes a day after a coalition of Dallas-based pro sports teams expressed their support of a proposal to send the decision to regulate sports betting to Texas voters.

What Did Patrick Actually Say?

Patrick said that he has never been in favor of legalized sports betting, and he reiterates the stance every year. He further told radio host Chad Hasty that they are nowhere close to having the votes for it. There’s not even any bill filed in the Senate to push the issue. “When you don’t even have a sponsor, it’s not even a proposal you spend much time on or think about.”

When asked what he has to say about the industry’s revenue potential, Patrick said, “Don’t talk about revenues. The teams and casinos backing sports betting say they could bring in $150 million a year by their numbers. That’s huge money, but it pays for half a day of Texas’s yearly budget.” He added that people were fooled when they were told the lottery would pay for education. The fact is that the lottery can pay for just a few days of education as the state’s budget is $125 billion.

Lieutenant Governor then alluded to the supporters to talk about jobs or tourism if they want to pitch sports betting or casino instead of talking about money “because the members know better.” He then said to Hasty that “it’s not even an issue that’s going to see the light of day this season.”

No – Patrick’s claim that there is no bill filed is not factual and several bills to legalize the lucrative industry have been filed. Just this Monday, a pair of Senate bills were filed that would legalize sports betting in Texas. SJR 36 seeks to operationalize 12 casinos that could offer sports betting, while SB 616 was the other seeking to enable regulation.

In the House, one bill, HB1121, has been introduced, and another Rep. Dan Huberty-led proposal is underway. HB 1121, which was filed last month, seeks to provide statewide online betting while banning college sports betting. The sports betting revenue was to be levied at 6.25% and limits the number of licenses to five. Huberty’s proposal would enable sportsbook operators to collaborate with pro sports franchises for retail and online wagering. It also allows betting on college sports and sets the application fee at $500,000 for online platforms and $50,000 for land-based-only locations.

What Can Be Expected Now?

Texas requires to amend its constitution to authorize sports betting, but Lt. Gov. Patrick maintained the Senate was “nowhere close” to having enough votes. Republicans have an 18-13 majority in Texas Senate, with 21 votes required to send a constitutional amendment to state voters. Patrick also said there are many anti-gambling groups seeking to maintain the status quo in Texas.

On the other hand, Texas sports teams support a draft bill that, if passed, would make the industry legal in the state. While talking to the media, Dallas Cowboys EVP and chief brand officer Charlotte Jones said, “Unregulated and illegal sports betting is already taking place in Texas. Regulated sports wagering would generate hundreds of millions of dollars of new revenue, which will help fund certain programs without raising taxes.”

However, there has been back and forth on the issue, particularly from casino interests who are pushing for legalization while religious groups and Oklahoma gaming tribes are opposing the move. Amid all the antipathy from various quarters, two gambling bills filed recently in Texas suggest all is not lost yet. Rep. Harold Dutton and Senator Roland Gutierrez filed their sports betting bills in House and Senate on different occasions. The two legislative proposals have support from stakeholders, including Las Vegas Sands and Mark Cuban. But overall, it looks the industry now faces an uphill battle.