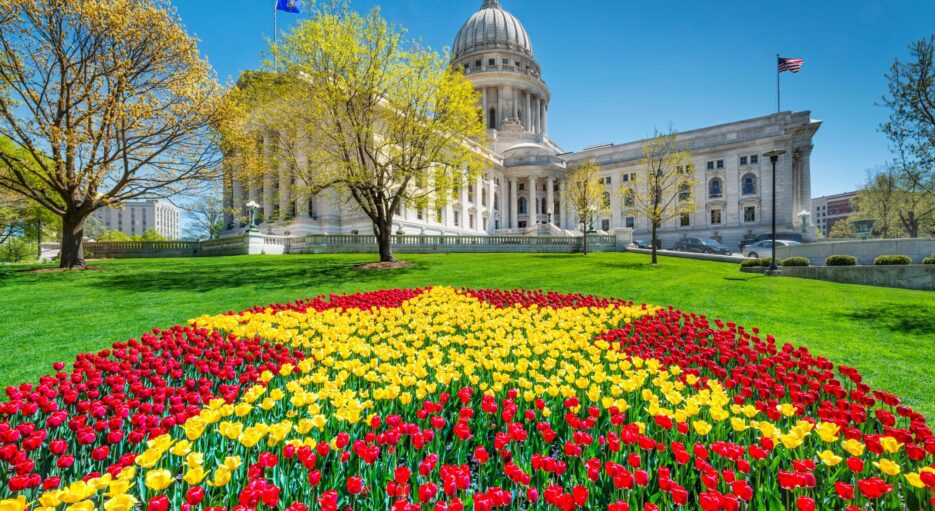 Wisconsin sports betting could see an unexpected launch later this year following a surprising deal concluded between the governor and the tribe this week.

On Thursday, Gov. Tony Evers and Wisconsin’s Oneida Nation struck an amended gaming compact that would allow retail betting at the tribe’s casinos and affiliate venues.

If approved, the Oneida Nation will be opening its first sportsbooks by the 2021 NFL Season, the tribe announced in a statement.

Evers hailed the compact signing ceremony day as a “historic day” for the state of Wisconsin, saying the move would serve as a key milestone for the state’s partnership with the Oneida nation for generations to come.

Meanwhile, sports betting has been flourishing on the border states – Michigan, Illinois, and Iowa.

What do Wisconsin Bettors expect After Legalization?

Wisconsin sports betting will only be available within the tribe’s gaming facilities. The amended compact allows for betting on professional sports games and events – like NFL Draft and entertainment award shows- according to a news release.

However, betting on in-state college athletics, outcomes of elections, and events involving those under the age of 19 are banned.

The Oneida Nation will install kiosks and retail betting stations at select gaming venues and will allow mobile betting exclusively on its tribal lands, according to a statement released by the tribe Thursday.

The tribe initially plans to open a temporary sportsbook nears its sports bar at its primary casino. The deal also allows the Oneida nation to build a sportsbook at its other properties.

Wisconsin would be one of the first states to allow betting on the Oscars and other awards programs.

Thursday’s compact agreement stunned most of the analysts, who had not counted Wisconsin among the states launching sports betting in 2021.

Wisconsin was among a few states that had not considered sports betting following the Supreme Court’s historic PASPA judgment in May 2018. In fact, the deal just came out of the blue.

According to Evers, the deal was the culmination of a “half-year process.” But things were kept strictly behind closed doors on both sides, without leaving any hint – either from the tribe or the governor’s office – that any sports betting deal was in the baking process.

Before Thursday, many experts had believed Wisconsin would be the last or close to the last state.

One of the First Deal Excluding Legislature

The federal law allows sovereign tribes and state governments to reach deals involving specific betting options. Wisconsin is one of the first states to conclude a gaming deal without the involvement of the state legislature.

In Wisconsin, the Oneida agreement may create a chain reaction, prompting the state’s nearly two dozen tribal gaming entities to seek similar agreements with the government.

How Has the Tribe Reached Here?

Oneida first engaged with the state by signing its first gaming compact in 1991. Recalling that 30-year period, Hill said “the collaboration has been a great testament to intergovernmental agencies working together.”

Since that time, Hill said, the Oneida tribe has grown tremendously and can provide a better quality of life for its people and those who live on and around its reservation.

The Oneida Casino said it would like to go live by the start of the football regular season and will provide sports betting through kiosks and retail stations, according to a news release.

Wisconsin boasts one of the largest casino industries in the United States. There are more than 20 land-based casinos in the state, and you can also gamble online via offshore […]

The Wisconsin gambling industry used to revolve around horse and dog racing, but with all the racetracks going out of business, it now leans on the local tribal casinos instead. […]