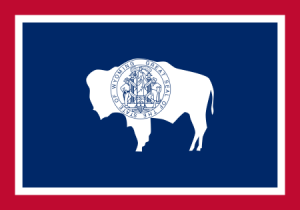 Legal gambling in Wyoming used to be limited to charitable games, bingo, and pari-mutuel betting, but the situation began to change in the early noughties. In 2000, the Northern Arapaho tribe sued the state over its right to open a full-fledged casino in Riverton.

The tribe maintained that under the Indian Gambling Regulatory Act of 1988, the state was required to allow it to offer Class 3 games, including slots, because they were already permitted during charity events.

The case went federal, and in 2004, the Tenth District Court of Appeals agreed that the tribe was “entitled to the full gamut of casino-style Class 3 gambling.” The state attempted to resist this ruling and requested a rehearing, but the court ruled in favor of the tribe again in 2005. This paved the way for the Eastern Shoshone tribe to negotiate its own compact with the local government, which resulted in the construction of a new gambling establishment in Lander.

However, casino-style gambling in Wyoming isn’t limited to tribal venues – in 2003, the state allowed its local racetracks to install Instant Racing terminals, which are similar to slot machines in gameplay but generate the outcome based on historical horse racing data. Also, local bars used to offer electronic skill games designed by Banilla Games. Still, in December 2018, the Wyoming Attorney General issued a formal opinion stating that the machines meet the definition of illegal gambling devices under Wyoming law.

The legality of real money games in Wyoming is determined based on the prevalence of the element of luck. According to Wyoming Statutes 6-7-101, gambling means “risking any property for gain contingent in whole or part upon lot, chance, or outcome of an event, including a sporting event, over which person taking a risk has no control.” If a game is based exclusively on skill, it doesn’t meet the definition of unlawful gambling.

However, that determination is always made on a case-by-case basis. Engaging in unlawful gambling as a player is a misdemeanor punishable by imprisonment for up to six months and a fine of up to $750. Wyoming regulations don’t include any provisions pertaining specifically to internet gambling, but the general prohibition on unregulated gambling undoubtedly applies to online play.

In 2016, Wyoming lawmakers reviewed the online gambling industry and considered the possibility of bringing legal internet gambling to the state. Unfortunately, no bills were introduced in the aftermath of this review, which indicates that neither the Democrats nor the Republicans are willing to challenge the current status quo.

Like most US states, Wyoming does criminalize participating in illegal games of chance under Section 6-7 of Wyoming statutes. The definition of gambling, which is relevant to this issue, is relatively broad but does not mention the internet or online play. This means that many players are convinced that playing online is different from live games from a legal perspective and that using offshore iGaming sites is perfectly legal. The crucial piece of information is the fact that the local authorities aren’t interested in prosecuting individual players, so the legality of online gambling in Wyoming has never been determined during a trial.

Land-based casino gambling is centered around four tribal casinos. These gambling establishments are small compared to their Vegas or New Jersey counterparts, but they give their customers access to a wide range of games, including slots, classic table games, poker, and bingo. Three of these casinos are located in Riverton (789 Smokeshop & Casino, Little Wind Casino, Wind River Casino), and one is situated in Lander (Shoshone Rose Casino  & Hotel). Local gambling enthusiasts also enjoy access to historical horse racing machines, which are available at the state’s local racetracks.

Online gambling hasn’t been explicitly legalized in Wyoming. Thus, local businesses are prohibited from operating internet casinos because of the federal Unlawful Internet Gambling Enforcement Act. Also, local regulations make it a crime to run any games that are not sanctioned by the state. Playing on offshore casino sites constitutes a misdemeanor whenever real money is involved.

There are only three poker rooms in Wyoming – two of them are independent cardrooms, while Wind River Casino operates the third. The size of the venues precludes them from hosting any major tournaments, but small $40 and $80 events are available every week.

The legal status of online poker is the same as in the case of internet casinos. Wyoming businesses aren’t allowed to operate poker sites because of the UIGEA and local gambling regulations, and playing on offshore networks is considered a misdemeanor.

Wyoming lawmakers didn’t introduce a sports betting bill after the Supreme Court struck down the Professional and Amateur Sports Protection Act, enabling all states to regulate this form of gambling. Thus, legal betting in the Equality State is limited to horse and greyhound racing, which is available both on-track at Sweetwater Downs and Wyoming Downs and in licensed satellite facilities.

Unfortunately, Wyoming residents don’t have access to any legal online betting options. Placing bets via offshore platforms is a misdemeanor.

DFS sites operate in a legal gray area as Wyoming statutes don’t contain any provisions about this form of gambling. As is often the case in states where the definition of gambling is based on the prevalence of luck, DFS operators maintain that their contests are entirely skill-based and thus legal. As a result, Wyoming residents enjoy unrestricted access to all major DFS platforms, including FanDuel, DraftKings, and Yahoo DFS.

Unfortunately, the opinions of DFS operators are in no way binding for local law enforcement and courts. As mentioned, the Wyoming Attorney General recently warned the state’s local bars that the Banilla skill games they offer are illegal, effectively forcing such machines out of Wyoming. Without a DFS bill, there’s a risk that the same could happen to DFS platforms, but for now, fantasy sports enthusiasts are free to pursue their hobby without fearing prosecution.

The Wyoming Lottery was launched in 2013. It doesn’t belong to the Multi-State Lottery Association, but it offers multi-state games, including MegaMillions, Lucky for Life, and Powerball. The Wyoming Lotto also provides a local competition called Cowboy Draw, but it isn’t allowed to give any scratchers or instant win games. All tickets must be purchased from land-based retailers as online sales haven’t been legalized yet.

The Northern Arapaho tribe used to operate a commercial bingo parlor before it won the right to open a casino, and bingo games are still offered by the state’s local gambling establishments. Charitable games are also legal, but unfortunately, playing over the internet is prohibited and carries the same penalties as engaging in other forms of online gambling.

What types of gambling are available in WY?

Gambling in Wyoming is centered around three tribal casinos, which are located in Fremont County. Aside from that, the state offers charitable bingo and raffles and pari-mutuel horse race wagers. The state doesn’t have its own lottery or commercial casinos. Online gambling isn’t regulated in the Cowboy State, so Wyoming residents don’t have access to any locally licensed iGaming services.

Almost all of the issues that have to do with real money gaming are regulated by Section 6 of the Wyoming code. None of these laws refer specifically to internet gaming, so many people believe that playing on sites Bovada to gamble isn’t considered a punishable offense.

As briefly touched on above, internet real money gaming is most likely legal –,, and even if it wasn’t, the local authorities aren’t doing anything to punish offshore site customers.

Most major offshore sites accept Wyoming-based players and are, in fact, quite popular among Wyoming residents.

What are the most popular banking options supported by Wyoming -facing sites?

Wyoming-based gambling enthusiasts generally prefer to fund their offshore accounts via a standard credit or debit card payment. The most popular and convenient cash-out option is probably a wire transfer, but some high-rollers tend to rely on checks, which are reasonably useful for moving vast amounts of money.

As inconvenient as it may be for some of the Wyoming-based iGaming enthusiasts, no. Unlike Nevada and a few other gambling-friendly states, the state of Wyoming has never launched a regulated iGaming industry.

Is it likely for Wyoming to regulate online gambling?

Wyoming doesn’t have a sizeable land-based gambling industry, so it should come as no surprise that online gambling regulations aren’t very high on the agenda of local lawmakers. Consequently, it seems very unlikely for Wyoming to introduce any iGaming-friendly legislation in the foreseeable future.