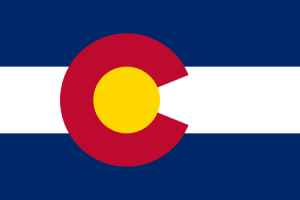 Colorado is a gambling-friendly state with a well-functioning casino industry. When the federal government passed the Indian Gaming Regulatory Act in 1988, Colorado entered into compacts with both of the local Ute tribes.

The first tribal casino opened in September 1992 near Towaoc, followed by a similar venue in 1993. Also, the 1992 constitutional amendment allowed for the construction of 38 non-tribal gambling venues. Other than that, Colorado runs a lottery and three pari-mutuel facilities that offer betting on horse and dog races.

Gambling in Colorado is defined as “risking money, or any other thing of value for gain contingent in whole or part upon lot, chance, or the happening or outcome of an event over which the person taking a risk has no control.” Engaging in unlawful gambling is considered a petty offense, but the penalties are quite severe – up to 6 months in jail and a fine as high as $500.

Section 18 of the Colorado Code makes it illegal to engage in gambling unless it’s a social game or the bets are placed at a licensed venue. The penalty is a low fine. The state also has a law against professional gambling, but contrary to popular belief, it applies exclusively to illegal gambling operators and doesn’t concern individual players. Nevertheless, Colorado doesn’t have any regulations that prohibit placing bets online, which means that determining the legality of popular internet gambling activities gets somewhat tricky. In our opinion, the answer lies in the fact that the state simply doesn’t go after individual players and is concerned predominantly with busting the people who run illegal land-based games.

Unfortunately, local lawmakers don’t seem interested in introducing state-sanctioned online gambling to the Centennial State. The last push happened in 2013 and amounted to an internet poker bill being drafted behind the scenes. The proposed legislation didn’t even make it to the House floor, and no further attempts have been made since then. On a brighter note, DFS contests were legalized in 2016. However, DFS operators are not much of a threat to the local casinos, which generate well over $200 million in revenue every month and pay a gaming tax to the state.

Playing on offshore sites is risky because the general definition of gambling in Colorado is broad enough to cover internet games.

All Colorado casinos are located in four areas, which have been turned into mini-Vegas Strips. Three of those areas – Black Hawk, Central City, and Cripple Creek – are former mining towns. The fourth and smallest cluster of casinos is located in Towaoc. Both slots and table games are available, but the law doesn’t allow the casinos to accept more than $5 in a single bet. Even though there are no state-sanctioned internet casinos in Colorado, several local venues operate their own social gaming sites or direct their customers to well-established play money casino platforms, such as the Double Down Casino or Play-4-Fun.

As mentioned, playing on offshore casinos is illegal in Colorado and can carry serious legal consequences.

Poker is popular in Colorado, and many of the state’s casinos house poker rooms that are certainly worth the attention of any Hold ’em enthusiast visiting the state. The most notable poker venues are operated by the Ameristar Casino Black Hawk, Golden Gates Casino, Isle Casino Black Hawk, Midnight Rose, and Sky Ute Casino. Legal online play is restricted to play money sites. In essence, the penalties for engaging in unlawful internet poker games on offshore networks are the same as for playing on offshore casino sites.

Legal sports betting in Colorado is currently limited to pari-mutuel betting on horses (Arapahoe Park) and greyhound races (Post Time and Pueblo). Off-track simulcasts are permitted for all race types, while out-of-state simulcasts are allowed for horse races and special event greyhound races. Two local lawmakers – Rep. Cole Wist (R) and Rep. Alec Garnett (D) – have already promised to push for the legalization of traditional sports betting in 2019, but unfortunately, their plans don’t seem to cover online gambling. If you want to engage in legal, sports-related internet betting in Colorado, your only option is to try paid-entry DFS contests.

Colorado was the fifth state to regulate DFS contests. The relevant bill, HB 16-1404, was passed by the legislature on May 9, 2016, and signed by Gov. John Hickenlooper on June 10, 2016. The industry is overseen by the Department of Regulatory Agencies’ Division of Professions and Occupations, which is also responsible for setting licensing fees. These fees are unusually high at the moment, but small operators with fewer than 7,500 Colorado users are exempt from paying them.

The bill includes several consumer protections. Operator employees are banned from participating in any paid contests, operators are required to guarantee the safety of any data that could influence the outcome of a contest, and player funds must be segregated from operating funds. College sports contests are prohibited, and the minimum age for playing is 18. The most popular options for fantasy sports in Colorado are FanDuel, DraftKings, and Mile High Fantasy Sports.

The Colorado Lottery offers local and multi-state draw games, including American staples such as Mega Millions, Powerball, and Lucky for Life. Colorado residents can also purchase scratch game tickets and participate in second-chance drawings, although unfortunately, none of these products are available online. The lottery website is for information purposes only – if you want to join the action, you’ll need to visit one of the licensed land-based retailers.

Bingo is a unique form of charitable gaming in that it falls under the Colorado Secretary of State’s jurisdiction. In practical terms, this means easier access – there are several popular bingo halls located in Denver alone. Unfortunately, local businesses aren’t allowed to operate real money bingo sites, and playing on offshore platforms is classified as the same petty offense as engaging in more hardcore forms of internet gambling.

What types of gambling are available in CO?

Colorado legalized land-based gambling in 1990. Although the history of gambling in The Centennial State is rather short, Colorado has plenty of tribal and commercial casinos and card rooms. Other regulated forms of gambling include state lottery and pari-mutuel horse racing. Home games are allowed as long as there is no rake, but the casinos have some rather annoying maximum betting limits. Colorado has not regulated its online gambling industry yet.

Real money gaming is covered by Section 18 of the Colorado Code. Online games and sports betting aren’t mentioned in any of the Colorado statutes, which means that there’s nothing to stop you from gambling on one of the quality US-facing sites, such as Bovada.

Colorado law doesn’t prohibit anyone from playing online poker or casino games. Sportsbetting is also perfectly legal. However, keep in mind that the authorities are very serious about punishing illegal gambling operators, both online and offline. Consequently, if you’re a Colorado-based online gambling enthusiast, you should stick to offshore iGaming platforms.

Colorado law is considered to be reasonably lax when it comes to online gambling, which means that all the offshore sites are going to accept Colorado-based customers.

What are the most popular banking options supported by Colorado-facing sites?

Credit and debit card payments are very popular among offshore site players, as they’re relatively cheap and quite reliable as long as you stick to Visa and MasterCard. Cashing out is almost always handled via a wire transfer or a check by courier.

While some so-called experts believe it to be the case, the truth is that Colorado has never regulated its online gaming industry. Consequently, any sites that claim to be licensed in Colorado should be avoided at all costs. If you’re a Colorado resident, you should be playing exclusively on reputable offshore sites.

Is it likely for CO to regulate online gambling?

The Colorado Gaming Association drafted an iGaming bill back in 2012, but the local politicians don’t seem to be in a hurry when it comes to passing this kind of legislation. However, this attitude is very likely to change if the legalization efforts prove to be successful in the surrounding states.