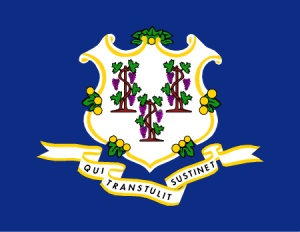 Connecticut is a small state, but it is home to two high-profile tribal casinos – Foxwood and Mohegan Sun. Under the current tribal gaming compacts, these casinos generate well over $350 million in revenue for the state annually. Given Connecticut’s recent budget problems, this has made local lawmakers more sympathetic towards expanding the local gambling industry and introducing iGaming-related regulations.

In June 2018, Connecticut Governor Dannel Malloy signed a bill permitting the construction of a third casino in East Windsor, which is set to be operated by both of the local tribes. While the project is currently facing some setbacks on the federal level, both the tribes and the Governor seem adamant about finalizing it as quickly as possible. The recent casino bill also included provisions laying the groundwork for legal sports betting, which didn’t surprise anyone as local lawmakers legalized DFS contests in late 2017.

Section 53 of the Connecticut Statutes defines gambling as “risking any money, credit, deposit or another thing of value for gain contingent in whole or in part upon lot, chance or the operation of a gambling device.” Engaging in unlicensed gambling is a misdemeanor, and the state has a somewhat obsolete law that prevents local bettors from taking part in phone-based sports betting. However, the current regulations are somewhat outdated, as online gambling isn’t mentioned anywhere. Consequently, the authorities simply don’t go after individual players that do nothing beyond enjoying their hobby on one of the offshore sites.

Gambling in Connecticut is covered by Connecticut General Statutes 12-557 et seq. and 53-278 et seq. The minimum gambling age is 18 for lottery, charitable gaming, and horse race betting, and 21 for casino games.

The future looks bright for Connecticut-based online gambling enthusiasts, and at least one local tribe is working on a proprietary casino software solution in preparation for a proper iGaming bill. Opponents of a gambling expansion in Connecticut constitute a minority in the General Assembly and seem unable to counter any such plans in 2019 or 2020.

Local casinos aren’t allowed to offer real money games over the internet, but they can operate social gambling sites. Mohegan Sun’s social site is part of the Play4Fun network. Foxwoods follows the MyVegas model instead, providing you with an opportunity to win bonus wagers at the land-based casino while playing online for free.

The Mashantucket Pequot tribe, which owns Foxwoods Casino, has also started its own development program aiming to design a proprietary online casino package in cooperation with Victory Square Ventures. There’s no legal framework that would allow Foxwoods to implement such a solution, but the casino will be ready when local lawmakers pass a Connecticut online casino bill.

Both Connecticut casinos operate poker rooms that are big enough to host large tournaments, including WSOP events. Unfortunately, state-sanctioned online poker is still unavailable within state lines. Many poker enthusiasts believe that playing on offshore sites is legal, but a closer look at the relevant statutes makes it clear that such opinions are misguided.

Connecticut defines illegal gambling as “risking any money, credit, deposit, or other thing of value for gain contingent in whole or in part upon lot, chance, or the operation of a gambling device.” Proponents of online poker often argue that poker is a game of skill, not a game of chance. However, it’s clear that the outcome of some hands is mostly dependent on luck, and that’s enough to declare poker illegal under the current regulations.

Both the Attorney General and Division of Special Revenue agree with this interpretation, as evidenced by multiple press releases issued in the noughties. If you want to play on offshore sites in Connecticut, you may do so at your own risk.

Standard sports betting is still illegal in Connecticut. However, the proposed legislation that will allow a third casino in the state included provisions instructing the consumer protection department to establish a framework for this form of gambling, indicating the legislature’s interest in legalizing it soon. Current regulations allow on-track betting on horse and dog races held at local tracks. The state is also home to seven licensed shops for off-track betting.

Online sports betting is available exclusively via unlicensed offshore sites, which are illegal to use under the current laws.

Connecticut legalized DFS contests in its 2017 budget bill signed by Governor Dannel Malloy. The bill excludes DFS from the definition of gambling and requires DFS operators to pay a 10.5% tax on revenue generated from Connecticut-based users, along with an annual $15,000 fee.

Some legal experts, including the state’s Attorney General, George Jepsen, believe that the new regulations might have been approved in violation of the state’s tribal gaming compact. Still, FanDuel, DraftKings, and Yahoo DFS offer their services to the residents of the Constitution State, and that is unlikely to change in the foreseeable future.

Connecticut Lottery was founded in 1971 and is allowed to offer tickets for in-state and multi-state games. Scratch games and keno are also available, but unfortunately, none of the products can be accessed online – you need to visit a licensed retailer to purchase a ticket or a scratch card. The lottery has its own website at ctlottery.org, which serves for informative purposes only.

Bingo is available in commercial bingo parlors and as a charity game. There are no state-sanctioned bingo sites in Connecticut. If you want to play bingo online, offshore platforms are your only option. These sites tend to accept Connecticut residents, but the legality of using them is questionable, seeing as online bingo games likely meet the definition of illegal gambling.

What types of gambling are available in Connecticut?

Connecticut is a major land-based gambling hub on the east coast, particularly when it comes to poker. The state doesn’t have any commercial casinos, but tribal gambling establishments such as the Foxwoods Resort Casino are enough to satisfy most gambling aficionados. Also, Connecticut has a state-operated lottery and allows charity gambling as well as pari-mutuel horse race betting. However, betting on the races is currently impossible, as the state doesn’t have a functioning race track.

Section 53 of the Connecticut Statutes is where you should search for specific regulations concerning real money gaming. Those statutes are slightly outdated, so none of them cover internet games. While it wouldn’t be impossible for state representatives to claim that the statutes mentioned above extend to internet gambling action, getting an actual conviction would be highly improbable. Furthermore, the authorities aren’t interested in going after individual players, which means that gambling online in Connecticut is pretty much perfectly safe.

As mentioned above, Connecticut regulations haven’t been written with iGaming in mind. Consequently, most experts agree that playing on offshore sites from within the borders of Connecticut is 100% lawful and safe.

If you live in Connecticut, you shouldn’t have any problems with joining the best US-friendly iGaming sites regardless of the form of gambling that you prefer.

What are the most popular banking options supported by Connecticut -facing sites?

Both credit and debit card payments are relatively reliable and won’t be heavy on your pocket, but keep in mind that in some cases, you might have to try a few cards before the money goes through. Quite obviously, you won’t lose any money if the transaction isn’t completed. Still, you have to remember that if your card is refused, you’ll have to try a different one to make a gambling-related deposit. Cashing out is much easier and is usually handled via a bank wire transfer, as this method is simply 100% reliable.

Is it likely for Connecticut to regulate online gambling?

Yes. The local casinos are pressuring the state to legalize intrastate internet gambling, and the Connecticut lawmakers are becoming more and more aware of the potential profits the new regulations would bring.