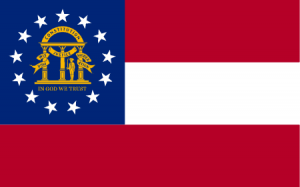 Gambling in Georgia is generally prohibited. Legalizing any form of gambling requires a constitutional amendment, which means that the local legislature isn’t capable of reacting to country-wide trends promptly. This lengthy legal process has been completed only twice, in 1976, when the residents voted in favor of legal bingo, and in 1992, when the General Assembly was authorized to set up a state lottery.

Georgia has always been rather conservative when it comes to gambling. The local state-operated lottery was introduced as late as 1992, almost three decades after most of the other states have already passed similar regulations. Consequently, the number of land-based gambling options in Georgia is minimal – the only safe option is the rather limited charitable gambling. Fortunately, Georgia hasn’t regulated online gambling yet, which means that local gambling enthusiasts can escape these strict regulations by playing on one of the popular offshore gambling sites.

Georgia Statutes are rather strict when dealing with land-based gambling. In essence, the definition of the act itself is rather broad, and the offense of illegal gambling is considered to be a misdemeanor. The local laws also prohibit the transfer of information that is related to bets, but there are no cases that’d indicate that the authorities have ever planned to use this regulation against online players.

Georgia Code defines illegal gambling as “betting upon the final result of any game or contest, or upon games played with cards, dice, or balls, to win money or other things of value.” This definition is broad enough to cover online gambling and has been applied to skill-based games with an element of luck, such as competitive poker. Engaging in illegal gambling constitutes a misdemeanor and is punishable by a fine of up to $1,000 and up to 12 months in jail.

The minimum gambling age in Georgia is 18. Most gambling-related matters are covered by the Georgia Code, section 16-12-20 et seq.

The only way to enjoy real-money casino games in Georgia legally is to embark on a casino cruise. Emerald Princess is the only vessel that still offers services of this kind. Its Savannah-based competitor, Tradewinds, went out of business in 2015. The Emerald Princess gives its customers access to 200 slot machines, 12 blackjack tables, two roulette wheels, and one craps table.

Georgia used to have quasi-legal video poker machines, which appeared in the state in the 1990s thanks to a loophole authorizing redemption games in arcade gaming parlors. Businesses operating such devices were not allowed to pay cash, instead required to rely on gift cards. In 2001, video poker was banned, following a special session of the General Assembly. The ban was challenged by video poker companies in a 2002 lawsuit, but in the end, Georgia’s Supreme Court sided with the legislature.

Gambling terminals were re-introduced to the state in 2013. Gas stations, convenience stores, and bars were allowed to install VLTs under the oversight of the Georgia Lottery Corporation. Unfortunately, credits won on those machines can only be redeemed for store merchandise and lottery tickets, as cash prizes are still banned. Also, Georgia residents are free to use social casino sites, such as MyVegas or Slotomania. Playing on offshore sites is prohibited and constitutes a misdemeanor.

Playing poker for cash is illegal in Georgia. Players who want to get some live action tend to travel to Jacksonville in Florida, where they can participate in cash games and tournaments hosted by Creek Entertainment Gretna, Ebro Poker Room, or Bestbet Jacksonville. The only in-state alternative is to go on an Emerald Princess casino cruise, but it should be noted that this Brunswick-based vessel operates only eight tables.

Online play is only legal as long as no money is involved, so local poker enthusiasts have to stick to social poker sites, such as Zynga or PlayWSOP. Playing on real-money offshore sites is illegal and constitutes a misdemeanor.

Sports betting of all forms is illegal in Georgia, including betting on horse and greyhound races. The Georgia General Assembly is currently working on a resolution proposing an amendment to the Constitution that would authorize sports betting within state lines. The relevant bill, designated HR 380, is co-sponsored by six representatives, including four Democrats and two Republicans. If HR 380 is passed, sports betting will still need to be approved by the voters in a statewide referendum, which would be scheduled for November 2020. Should Georgia residents vote in favor of sports betting, the local lawmakers will then be able to create a detailed regulatory framework for legal sportsbooks.

Thus, even in a best-case scenario, legal sports betting will not be introduced to Georgia until late 2021.

Major DFS sites like FanDuel or DraftKings operate in Georgia based on the premise that the contests they offer are based on skill rather than chance, and thus don’t violate the local anti-gambling regulations. In 2016, the Georgia Attorney General’s office dismissed these arguments in a letter addressed to Georgia Lottery. Deputy Attorney General, Wright Banks Jr., stated that a DFS participant whose “skill level hasn’t changed from one game to the next is just as likely to win one tournament, then lose the next tournament due to the performance outside of participant’s control.” While no legal action has been taken since then, this should not be mistaken for a guarantee that participating in paid-entry DFS contests would not be treated as a misdemeanor by a Georgia court.

In 2017 and 2018, Georgia lawmakers considered a bill that would legalize paid-entry DFS contests within state lines. The House and the Senate Committee approved the bill. Unfortunately, it was ultimately tabled in March 2018.

The lottery was founded to fund education and is required to contribute to the HOPE Scholarship, which funds college tuition for qualifying students.

Georgia residents are allowed to participate in live bingo games operated by registered non-profit organizations. The prize pools cannot be higher than $1,500 per day or $3,000 per week. Online bingo is illegal, and playing on offshore sites constitutes a misdemeanor.

All of the issues that have to do with real money gambling are explained in Georgia Statutes. Even though online gambling isn’t directly mentioned in any of the statutes mentioned above, you need to understand that it would be theoretically possible for Georgia police to argue that Georgia regulations do refer to online play. However, even if the authorities were interested in using this loophole to go after individual players, getting an actual conviction would still be extremely unlikely.

Online real money gaming isn’t prohibited in Georgia, which means that there’s nothing to stop you from joining one of the US-facing offshore sites. However, please keep in mind that none of the sites that accept Georgia-based players are actually licensed and regulated there.

Georgia residents are welcome on all major offshore sites, including casinos, poker rooms, and sportsbooks.

What are the most popular banking options supported by Georgia -facing sites?

The most popular banking method when it comes to making a deposit is to use a credit or debit card. Most players withdraw their winnings by requesting a bank wire transfer.

Is it likely for Georgia to regulate online gambling?

No, Georgia is one of the few states that are more likely to pass anti-iGaming laws than to allow intrastate online gambling.