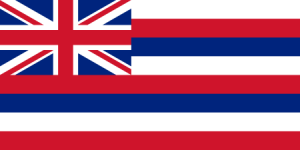 Hawaii has been a gambling-free zone since it became the 50th state in 1959. Not even bingo or horse race betting is allowed, and local lawmakers seem to be convinced that keeping it that way is beneficial for the local economy.

Hawaii has not even established an official state lottery yet, and all the bills designed to alter the status quo have failed so far. The consensus is that Hawaii shouldn’t try to compete with Las Vegas and that the introduction of land-based gambling facilities would be detrimental to the local businesses because tourists would start spending money in the casinos instead.

Gambling in Hawaii is defined as “staking or risking something of value upon the outcome of a contest of chance or uncontrollable future contingent event in order to receive something of value.” The Aloha State doesn’t expressly prohibit online play, but the general prohibition is broad enough to cover all internet gambling activities, including paid DFS contests. Engaging in gambling is considered a misdemeanor: “a person commits the offense of gambling if the person knowingly advances or participates in any gambling activity.” If caught, an individual who gambles in Hawaii can face up to one year in jail and a fine of up to $2,000 (Hawaii Revised Statutes 706-640 and 706-663). Although the law makes an exception for social gambling, online players can’t take advantage of this. One of the conditions for this affirmative defense is that only participants can stand to gain from the game, which means that no rake of any kind can be involved.

All gambling-specific regulations are in Hawaii Revised Statutes 712-1220 et seq. The minimum age for social gambling is 18.

There have been several attempts at passing various gambling-friendly bills over the years, such as the 2008 online poker bill (HB 2422) or the 2017 internet gambling and lottery bill (SB 677). However, none of them were successful. The local legislature is currently processing several gambling-related pieces of legislation, including HB 348 (state lottery), HB 766 (shipboard gambling), or HB 855 (state-sanctioned DFS monitoring and registration). However, the odds of any of those bills making it to the Governor’s desk are virtually non-existent as the opposition against state-sanctioned gambling is very strong both among politicians and business owners. The fact that Hawaii is currently moving to ban video game loot boxes because they resemble real gambling is a perfect illustration of the current political climate.

Land-based gambling laws are listed in Section 712 of the Hawaii Statutes. Gambling is defined as betting something of value on a game of chance and is considered to be a misdemeanor under most circumstances. However, the law doesn’t mention online gambling and allows home games, which means that the legal status of iGaming is tricky to determine. In our opinion, the easiest way to settle this dispute is to consult the track record of the local police. As you’ve probably already guessed, no online players have been arrested or even charged up to this point, which means that playing on offshore sites is perfectly safe.

Casino games are illegal in Hawaii unless they’re enjoyed in a social setting with no one but the players benefitting from the action. Online games are no exception – engaging in internet play on any US-facing offshore site is classified as a misdemeanor. There have been several pushes to legalize casino games or internet gambling in Hawaii, but all of them failed.

The Hawaii gambling prohibition doesn’t cover games of skill, but poker holds the same legal status as casino games due to a 1961 ruling of the Hawaii Supreme Court. The court noted that “the test of whether a game is one of skill or of chance or one in which skill greatly predominates over chance, is not to be measured by the standard of experts or any limited class of players, but by that of the average skill of a majority of players likely to play the game.” If you want to play poker legally in Hawaii, you’ll need to stick to live social games or social poker sites, such as Zynga Poker.

Unlike casino games or poker, sports betting isn’t legal even in a social context. Many of the states that enforce strict anti-gambling laws allow horse and dog race betting; however, this is not the case in Hawaii. Internet betting is illegal and classified as a misdemeanor.

DFS sites often claim that paid DFS contests are 100% skill-based and therefore do not violate any laws in states that define gambling around the element of luck. In Hawaii, luck is an essential part of the definition, which may lead some people to believe that participating in DFS contests is legal. Unfortunately, this isn’t the case – in January 2016, Hawaii Attorney General Doug Chin released an opinion that explicitly defined DFS contests as illegal under Hawaiian law.

Consequently, Hawaii is a restricted state on both FanDuel and DraftKings.

Hawaii is one of the five states that don’t run a state lottery. Over the years, there have been numerous legislative pushes to introduce this form of gambling to the state, but none of them were successful. In 2017, Rep. Souki Mizuno introduced a bill designed to establish a state lottery. The bill is currently stuck in the Hawaii House of Representatives and doesn’t seem likely to go any further.

Bingo enthusiasts shouldn’t expect any special treatment in Hawaii – local regulations don’t include any provisions allowing for charitable games. Thus, bingo is only permitted in a social context and getting caught playing online results in misdemeanor charges.

What types of gambling are available in Hawaii?

Hawaii is a somewhat perplexing state – many locals admit to gambling online and offline. Playing games of chance seems to be relatively popular and has a long tradition dating back to the late 19th century, and yet the state doesn’t have a regulated land-based gambling industry. There are no tribal casinos, no commercial casinos, no racetracks, no charity gambling, nothing, zip, nada. Hawaii is the only state that is similar to Utah in this regard.

Playing games of chances for money and other related issues are regulated by Section 712 of the Hawaii Statutes. However, you should keep in mind that although iGaming isn’t explicitly mentioned in any of those regulations, the local law enforcement is free to assert that Hawaii laws do apply to online games. Nevertheless, it is worth pointing out that the authorities have never pursued this course of action, which means that online play in Hawaii is 100% safe.

iGaming isn’t explicitly forbidden by any of the local regulations, which means that joining the action on one of the US-friendly sites is perfectly safe despite the ambiguous legal status of this form of gambling.

Offshore sites accept players from all iGaming-friendly states. Quite obviously, this also applies to Hawaii.

What are the most popular banking options supported by Hawaii -facing sites?

Most players agree that making a payment using a Visa credit or debit card is the best option. The vast majority of offshore sites also accept MasterCard and AmEx. As you’d expect, cashing out is a little bit different, as most sites will simply send you a wire transfer whenever you decide that it’s time to withdraw your winnings.

No. Unlike to Delaware and New Jersey, Hawaii doesn’t have any regulated local gambling sites.

Is it likely for Hawaii to regulate online gambling?

No, it’d be doubtful for Hawaii to introduce iGaming-friendly regulations in the years to come unless the local government feels pressured due to economic reasons.