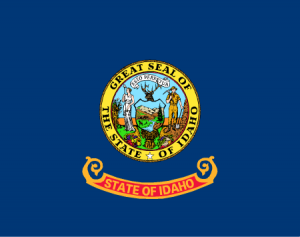 Throughout the 1800s, gambling in Idaho was popular and regulated by individual towns. Everything changed in 1953 when the legislature passed a statewide prohibition law.

Over the years, exceptions were made for pari-mutuel horse race betting (1963), state lottery games (1989), tribal gaming (1992), charitable bingo and raffles (1993), off-track betting (2011), and past horse racing games (2013). These activities are tightly regulated, and the authorities are adamant about enforcing the law.

Even DFS companies, which are allowed to operate in most US states, were forced out of the Idaho market upon reaching an agreement with the local Attorney General.

Gambling in Idaho is defined as “risking any money, credit, deposit or other thing of value for gain contingent in whole or in part upon lot, chance, the operation of a gambling device or the happening or outcome of an event, including a sporting event, the operation of casino gambling including, but not limited to, blackjack, craps, roulette, poker, baccarat, or keno.” This definition is broad enough to cover internet games, even though it doesn’t directly address the matter of online gambling. Participating in unlawful gambling is a misdemeanor and is punishable by imprisonment in a county jail for up six months, a fine of up to $1,000, or both.

Gambling-related matters are covered by Idaho Statutes 18-3801 et seq. and 54-2501 et seq. The minimum gambling age in Idaho is 18, except in Clearwater Casino, which doesn’t accept customers younger than 21.

The lack of definitive iGaming regulations is both a curse and a blessing for online gambling enthusiasts. There are no laws prohibiting Idaho residents from playing on offshore sites. On the other hand, it’s impossible to determine whether the general gambling regulations apply to online gambling or not, as either the gambling-related Section 20 of the Idaho Constitution or Section 18 of  Idaho Statutes can be interpreted both ways. All in all, illegal gambling is considered a misdemeanor, but online players have never been put on trial for violating the laws despite the immense popularity of online gambling all across the state.

Playing poker in Idaho is illegal, and none of the local land-based venues offer competitive poker. Participating in social games is also against the law, as evidenced by the fact that local law enforcement officers raided a small-stakes poker game organized by pensioners in 2010. The bust caused a significant public outcry, and as a result, all such raids now require the approval of the public prosecutor’s office. However, the legal status of social poker games hasn’t changed; the rules of enforcement were altered, but the law was not. Idaho doesn’t house any licensed poker sites, and playing on offshore platforms is illegal.

Pari-mutuel betting on horse and dog races, including simulcast betting, is legal in Idaho, but engaging in traditional sports betting and operating a sportsbook is prohibited. Even though the US Supreme Court struck down the federal PASPA ban on sports betting in May 2018, Idaho lawmakers haven’t done anything to introduce this form of gambling to the Gem State during the 2018 legislative session. Because there’s been no activity on this front so far, we don’t expect legal sports betting to make its way to Idaho before 2020.

Engaging in online sports betting via offshore sites is currently illegal and constitutes a misdemeanor.

DFS companies used to operate in Idaho based on the assumption that paid DFS contests are 100% skill-based and, therefore, legal. In early 2016, Idaho Attorney General Lawrence Wasden took notice of the industry and concluded that paid DFS contests violate Idaho gambling regulations. After three months of negotiations, both FanDuel and DraftKings agreed to leave the Idaho market, and smaller DFS operators followed suit. According to the agreement reached between the operators and the Attorney General’s Office, withdrawing from the state was not an admission of liability or evidence of wrongdoing by DraftKings or FanDuel. So both operators will be free to return to Idaho if the legal situation changes following a court ruling or a new DFS bill.

Unfortunately, lawmakers aren’t currently considering such a bill and are unlikely to do so in the foreseeable future.

Lottery games are by far the most popular form of gambling in the Gem State. Even though it was established as late as 1989, the Idaho Lottery was the first North American lottery to introduce VIP club promotions, allowing customers to earn reward points for making purchases and to spend those points on lottery merchandise, including iPods, bicycles, and watches.

Idaho Lottery products range from local and multi-state draw games to scratchers, instant win games, and pull-tabs. The lottery website is modern and mobile-friendly, but all tickets and cards must be purchased in land-based retail shops.

Bingo is available in Idaho both as a charity game and as a Class 2 casino game in the tribal gambling establishments. Idaho residents don’t have access to any state-sanctioned bingo sites, and playing on offshore platforms is a misdemeanor.

What types of gambling are available in ID?

Idaho may be a rather small state, but it offers plenty of opportunities for land-based gambling enthusiasts. The state operates an extremely successful lottery, and the local tribal gambling establishments provide plenty of authentic casino action. Other than that, there’s pari-mutuel horse race betting and a little bit of charity gaming. However, there are no commercial casinos in Idaho. As is the case with most states, Idaho hasn’t regulated online gambling yet.

Aside from the Idaho Constitution, Section 18 of Idaho Statutes is where you should search for specific regulations dealing with gambling. Please note that while none of those rules deal specifically with internet games, the authorities are allowed to argue that they extend to online casinos or sportsbooks. Fortunately, this danger is purely theoretical, as no online players have been prosecuted so far.

Many experts agree that real money internet gambling is 100% lawful within the borders of Idaho, but it’s impossible to be sure until a case of this kind actually goes to the court.

All of the major offshore sites accept Idaho residents.

What are the most popular banking options supported by Idaho-facing sites?

The most common deposit method is to make a credit card payment via Visa or MasterCard. American Express is also an option, but some players have reported that it isn’t as reliable as the other two. Withdrawals are almost always handled via a standard wire transfer, but some sites might allow you to request a check by courier.

Unfortunately, the answer is no. Idaho has never had a local internet gambling industry. People in Idaho are prohibited from offering online gambling products, but they’re free to play on offshore sites, such as Bovada.

Is it likely for Idaho to regulate online gambling?

Probably not anytime soon since the state banned playing Daily Fantasy Sports, one of our country’s most allowed forms of gambling.