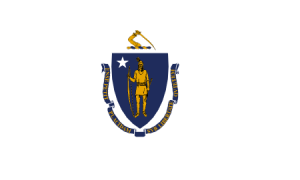 The land-based gambling industry is undergoing rapid expansion in Massachusetts, and it’s possible that local lawmakers will introduce more forms of regulated online gambling to the state.

The 2011 Expanded Gaming Act divided Massachusetts into three regions and allowed for the construction of one Vegas-style casino in each of them, along with an additional slots facility. The slots facility opened in Plainville in 2015, and the first casino launched in August 2018 in Springfield.

The second casino is scheduled to open in Boston suburbs in June 2019. The construction of the third and final gambling establishment is being delayed due to legal issues, which include an ongoing court battle between one of the local Native American tribes and the residents of Taunton.

The Code of Massachusetts Regulations defines gambling as “winning $5 or more by gaming or betting on sides or hands of those playing, in a public place or while trespassing in a private place.” As such, it would be difficult for local authorities to prosecute someone for simply enjoying real money games in the comfort of their home. However, playing in public is an entirely different story, so we recommend refraining from using mobile apps for gambling within the borders of this state.

Gambling in Massachusetts is covered by CMR section 271§1 et seq. and 128A§1 et seq. The minimum gambling age is 21 for casinos and 18 for bingo, horse racing, dog racing, and lottery games.

Most of the Massachusetts gambling regulations have been drafted way before the advent of online gambling, which means that none of the local laws refer directly to online play. The Massachusetts code prohibits gambling in public and punishes both illegal gaming operators and players.

Massachusetts lawmakers are also discussing two important online gambling bills. The first one is supposed to legalize paid DFS contests within the Bay State permanently. Based on the previous, temporary DFS bill passed in 2016, sites like FanDuel and DraftKings were allowed to operate per regulations provided by Attorney General Maura Healey, which were put into effect in March 2016. This piece of legislation expired on July 31, 2018, so the issue is getting more pressing with every passing month.

The second Massachusetts gambling bill (Bill S.2273) is significantly broader in scope – it would introduce new forms of online gambling, such as casino games, sports betting, and poker. Unfortunately, this piece of legislation is currently stuck in a Senate Committee, which is supposed to assess its potential impact on the local economy.

Massachusetts residents don’t have any access to state-sanctioned iGaming sites, but there’s very little to stop them from playing on offshore gambling platforms due to the way current regulations handle unlawful gambling.

Casino-style gambling centers around the slots-only Plainridge Park Casino and the Vegas-style MGM Springfield Casino. Assuming no delays, the Encore Boston Harbor Casino is set to open its doors in June 2019, bringing the number of land-based gambling establishments up to three. Massachusetts residents can’t play on any state-sanctioned online casinos yet, but this might change over the next few years provided that Bill S.2273 passes. However, local regulations don’t prohibit individuals from playing on offshore sites, such as Bovada or BetOnline, as long as they don’t engage in gambling in a public place.

The only land-based poker room in Massachusetts is located in the MGM Springfield Casino. The second is scheduled to open with the Encore Boston Harbor Casino in June 2019. No state-licensed online poker sites are operating within state lines, but this may change if Bill S.2273 is passed in an iGaming-friendly form.

Aside from horse and dog race betting, gambling on sports isn’t legal in Massachusetts – but that could change if Bill S.2273 is passed. The availability of state-sanctioned online options is also dependent on this piece of legislation. Much like in the case of online poker and casino gambling, there’s nothing to stop Massachusetts residents from using offshore platforms. If you place your bets in the comfort of your home, the authorities won’t have any grounds to prosecute you.

Massachusetts is the home state of DraftKings, so it’s hardly surprising that local lawmakers were enthusiastic about passing DFS-friendly legislation. As mentioned, the first DFS bill was passed in 2016, allowing DFS sites to offer their services to Massachusetts residents within regulations provided by the Attorney General between March 2016 and August 2018. A new, permanent bill is expected to pass in 2019. Technically, DFS sites are currently offering their services to Massachusetts residents without being sanctioned by the state, but this is unlikely to carry any legal implications for DFS operators or their customers.

The Massachusetts Lottery operates local draw games and multi-state games, such as Mega Millions and Powerball, as well as a wide range of instant, keno, pull-tab, and all-or-nothing games. The lottery’s website is for informative purposes only – you can’t purchase any tickets without visiting one of the licensed lotto shops. Online ticket sales aren’t likely to be included in Bill S.2273 because local retailers believe this could hurt their businesses. In 2017, there was a push to pass online lottery legislation, but the relevant bill was ultimately shelved.

Bingo is a popular form of charitable gambling in Massachusetts, and some bingo games are operated by the local lottery. There are no state-sanctioned bingo sites in Illinois, but Massachusetts residents are free to play on offshore bingo sites as long as they don’t engage in this form of gambling in public.

What types of gambling are available in Massachusetts?

Massachusetts is well known for its tribal and commercial casinos, which are spread all across the state. The state also operates a fairly successful lottery and allows some charitable gambling as long as everything is properly licensed. Pari-mutuel horse race betting is also an option, but the state hasn’t allowed regulated online gambling in any shape or form yet.

While the Massachusetts code regulates real money gaming in Massachusetts, none of the regulations target internet gaming. The local authorities have never tried to apply any of the general laws to online gambling, which means that joining an offshore site is perfectly safe for all Massachusetts-based iGaming enthusiasts.

Massachusetts laws don’t list online gambling as a punishable offense, so local gamblers have no reason to refrain from using offshore sites. However, playing in public might get you in trouble within the borders of the state.

Massachusetts residents are free to join all of the major offshore gambling sites. This includes Bovada, which is the best iGaming platform available to US-based gambling enthusiasts right now.

What are the most popular banking options supported by Massachusetts -facing sites?

No. Local authorities are known for taking swift action when it comes to shutting down illegal businesses of this kind, and there’s no legal framework that’d allow local companies to obtain an online gambling license and offer its services to Massachusetts-based customers.

Is it likely for Massachusetts to regulate online gambling?

Yes. Massachusetts is currently in the process of legalizing online gambling within the border of the state. The online gambling bill has been sponsored by 18 State Representatives and is limited to online poker.