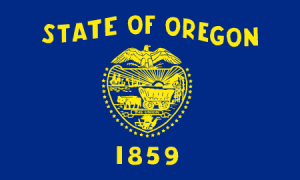 Oregon residents have access to multiple state-sanctioned gambling options, both online and offline, but the state isn’t moving towards complete legalization. Oregon politicians don’t seem interested in following in the footsteps of their colleagues from New Jersey and Nevada, and they haven’t introduced any groundbreaking gambling bills that could challenge the current status quo.

Even a modest proposal to expand ground-based gambling by introducing commercial casinos to the state was defeated 71.71% to 28.29% on the 2012 ballot. While local iGaming enthusiasts enjoy unrestricted access to paid DFS contests and pari-mutuel horse race betting with state-operated sports betting on the horizon, engaging in other forms of gambling via offshore sites is a risky proposition.

Participating in unregulated games offered by offshore sites meets the definition of unlawful gambling in the second degree, which is classified as a Class A misdemeanor. Losing or break-even players can expect a fine of up to $6,500, while winning players may be ordered by the court to pay up to two times more than they’ve won.

Oregon law defines gambling as “staking or risking something of value upon the outcome of a contest of chance or future contingent event not under control of actor, upon agreement that actor would receive something of value in the event of a certain outcome.” While the issue of internet games isn’t addressed directly, other sections of the relevant statutes make it clear that this shouldn’t be treated like a “get-out-of-jail card” by online gambling enthusiasts.

All gambling-related matters are covered by Oregon Revised Statutes 167.108 et seq. and 462.010 et seq. The minimum gambling age is 18 for lottery games, DFS contests, and pari-mutuel betting and 21 for casino games and poker.

Online gambling sites are mentioned in Section 167 of the Oregon statutes. According to the current regulations, accepting payments related to unlicensed internet gambling activities is a felony. However, the law doesn’t criminalize gambling online as an Oregon player. Unlawful land-based gambling is considered a misdemeanor, but most experts agree that applying those regulations to online play would be a mistake.

Oregon is home to nine federally recognized Indian tribes, most of which signed gaming compacts with the state after the Indian Regulatory Gaming Act of 1988 was passed. The tribes opened nine casinos, and this number hasn’t changed ever since, even though the Confederated Tribes of Warm Springs facility was closed down and had to be replaced with a different gambling establishment. Three of the tribal casinos operating in Oregon are highly slots-focused, while the remaining six also offer a wide selection of table games.

Oregon used to be home to a massive illegal video poker industry, with as many as 6,000 machines operating with no licenses in bars and restaurants across the state in the late 80s. The state legalized these terminals in 1989, hoping to claim some of the revenue, but abandoned this plan in 1991, issuing a blanket ban instead. This allowed the Oregon Lottery to move in with its own terminals, with the first games deployed in 1992. Slot-like line games were added to the mix in 2005, and by 2011, the state had around 12,000 machines generating $721 million in revenue every year. The Portland Meadows racetrack is also allowed to operate over 150 historical horse racing machines.

There are no legal online casino options, and playing on offshore sites is a Class A misdemeanor. If Oregon lawmakers ever decide to introduce online casino games to the Beaver State, they’ll most likely authorize the lottery to start offering its line games and video poker titles over the internet.

Three of the local Indian casinos operate poker rooms: Chinook Winds Casino & Convention Center, Wildhorse Resort & Casino, and Three Rivers Casino Resort. Oregon also houses 15 licensed poker clubs, most of which are located in Portland or Eugene. The legal status of these clubs is very complicated because they operate with the approval of city officials but against the wishes of the state government and Lottery officials. Such disputes tend to yield rather explosive results, and in 2018, the lottery revoked Portland Meadows’ Video Lottery Terminal contract because of the poker games that were offered there.

While Oregon residents playing on offshore poker sites aren’t doing anything patently illegal, they’re treading in murky waters. From a layman’s perspective, the argument that poker is a game of skill and shouldn’t constitute unlawful gambling because Oregon defines gambling as based on chance might seem substantial, but the local authorities are likely to have a different opinion on this matter.

All in all, if you want to err to the side of caution, we recommend sticking to social poker platforms.

The Oregon Lottery has been authorized to offer sports betting in the form of Sports Action tickets since 1989. When the Professional and Amateur Sports Protection Act made this form of gambling illegal on the federal level in 1992, the Sports Action program was terminated due to political concerns. However, the legal framework that allowed it to function hasn’t disappeared. Now that the US Supreme Court lifted the PASPA ban in May 2018, the Oregon Lottery is expected to re-launch legal sports betting in 2019. The biggest reason this didn’t happen right away is the state’s lack of a current legal framework for taxing this form of gambling.

There are also speculations that online betting may become available in some capacity, mainly because the Portland Meadows racetrack offers pari-mutuel horse race betting via the XpressBet platform. Lottery officials are rumored to be in the process of programming their mobile app to work with sports betting, but no specific information has been released so far.

Two DFS bills introduced in 2017 are currently stuck in the Oregon House of Representatives. The first, HB 2549, would authorize the Oregon State Lottery Commission to issue registrations to DFS operators, while the second, HB 2761, is supposed to give DFS contests the status of a game of chance under state law. This is the extent to which local officials have challenged the status of DFS as contests of skill. In essence, local fans currently enjoy unrestricted access to all high-profile DFS platforms, including FanDuel, DraftKings, Yahoo DFS, and Fantasy Draft.

However, seeing as Oregon has not regulated DFS contests yet, a single court case or even an Attorney General opinion could have a dramatic impact on the current DFS situation in the state.

The Oregon Lottery is a gambling powerhouse in the Beaver State. Aside from traditional local and multi-state draw games, such as Mega Millions and Powerball, it also has jurisdiction over more than 12,000 VLTs and is allowed to introduce its own games. Unfortunately, none of these gambling products are available online. The lottery recently launched a mobile app, but it’s currently used for information purposes only.

Bingo games are legal in Oregon as long as they’re operated by licensed charitable, fraternal, or religious organizations. Anything else constitutes unlawful gambling, which means that Oregon residents don’t have any state-sanctioned online bingo platforms to play on. Playing on offshore sites constitutes a violation of the state’s current regulations and is classified as a Class A misdemeanor.

What types of gambling are available in OR?

Oregon regulated land-based gambling industry is all about the local tribal casinos, which include some rather famous gaming venues, such as Seven Feathers Hotel & Casino Resort and the Wildhorse Resort & Casino. Quite obviously, the number of available games is lower than in Las Vegas or Atlantic City, but there’s simply no denying the fact that all of those casinos are relatively popular among the locals, and a new one is likely to be built soon. Oregon also has some charitable gambling, pari-mutuel betting, and operates a state lottery, but it doesn’t have any regulated iGaming sites.

Section 167 of the Oregon statutes contains all the regulations about land-based gambling, including home games. According to the current rules, playing at an offshore site isn’t a punishable offense.

Internet gambling isn’t a punishable offense in Oregon. This means that it’d be next to impossible to be charged with a felony or even misdemeanor for playing at an offshore casino or poker room.

High-profile offshore sites like Bovada are very popular among Oregon-based players. We do not recommend playing on smaller sites, as some of them have a poor track record when it comes to timely payouts and reliable customer support.

What are the most popular banking options supported by Oregon-facing sites?

The easiest method of making an online casino, poker, or sports betting deposit is to use a standard credit or debit card. Alternatively, you could go for a Western Union/MoneyGram money order instead, but keep in mind that you’ll usually be required to cover the additional transaction fees. Most sites will allow you to withdraw your winnings via a bank wire transfer, but in some cases, you might be allowed to order a check instead.

Is it likely for Oregon to regulate online gambling?

No. The Indian casinos aren’t interested in changing the status quo, and the local lawmakers aren’t going to do anything against their will when it comes to gambling regulations.