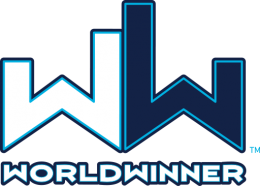 WorldWinner is a skill-based gaming website which is available to play throughout the US bar only a handful of states. The site is home to a variety of classic games such as Scrabble, Bejeweled, Tetris, and more. Although players receive payouts if they win competitions, as the websites contests are skill-based rather than down to blind luck, it bypasses the gambling laws of most states. Therefore, WorldWinner is accessible from nearly anywhere in the US and allows players to compete in either head-to-head competitions or in larger tournaments to win cash prizes. If you are after a skill-based gaming site that offers payouts, WorldWinner might just be for you; since its entry into the online gaming world, the company has paid out more than $1.5 billion to winners.

The set-up of the WorldWinner website is simple; players create an online account and then can play various skill-based games with the potential to win money. WorldWinner can accept players from all states excluding Arkansas, Connecticut, Delaware, Illinois, Louisiana, Maryland, Montana, South Carolina, South Dakota, and Tennessee.

To partake in games, players must first deposit into their account which is limited to amounts of only $5, $10, or $20. Deposits can be made via Visa, MasterCard, or PayPal payments. Most games are usually only played for a few dollars and so these funds are sufficient for players to play several games for a chance of winning payouts. Occasionally, WorldWinner hosts larger gaming competitions with bigger entry fees and bigger prize pools. Once a game is won, any winnings are credited to players’ accounts and can be withdrawn as cash. A major downfall of the site is that 25% of entry fees are collected a rake, meaning it is difficult for users to win significantly over a long time.

A handy feature of the website is that WorldWinner also offers play-money games that allow players to trial different games to ensure they know the rules and set-up of each game and get used to the controls without potentially wasting real money.

To make site navigation easier for users, WorldWinner has divided games into the following categories:

This wide variety of games is unique in what it brings to the US market. Instead of only playing fantasy sports or casino games online for a chance of winning, WorldWinner allows players to play classic and fun games that utilize word association and memory skills while still having the chance to offer payouts.

This is where the website goes downhill. Although the game set-up is simple in theory, the website is complicated. WorldWinner is owned by GSN which also have their own online game website. This creates confusion because when on the WorldWinner website, clicking on certain games can cause players to be redirected to the GSN site. The two sites are interconnected, but the idea behind the two sites is that where players go to WorldWinner for real-money games, the GSN website is used for trial runs and play-money games.

Alongside this confusing setup, the website does not work on all browsers. While most games run without error on Internet Explorer, players can face issues when trying to load and play games on other browsers such as Google Chrome or Firefox. This makes the website feel incredibly behind the times and needs a thorough revamp so it can be compatible with the latest browsers.

WorldWinner does have an app available for download on iOS and Android devices, however, like the website the app is known to have bugs and errors which can make gaming experiences frustrating and unenjoyable.

The WorldWinner site is excellent in that it offers players a unique online gaming experience, allowing users to play traditional skill-based games while being in for a chance to win cash prizes. The site is also available in most US states so it is a great option for users wishing to play games for money but cannot gamble on online casinos or sportsbooks due to specific state gambling laws. For users who regularly play these types of games anyway, WorldWinner is also a great option and injects an extra edge to the competition by providing the opportunity to win payouts. It is also great in that players can play real-life opponents rather than facing computers.

Unfortunately, although a seemingly good idea, in theory, the site lacks considerably in user-friendliness and leaves players feeling disorientated and frustrated. On the plus side, the play-money games are a great way to test the site and get used to the somewhat outdated system before potentially losing any real money. Even if games are won, with the site taking 25% of entry fees as rake, players must have a large winning streak to win any considerable payouts in the long run.

With everything considered, WorldWinner is not a bad site and for lovers of classic skill-based games, it is a fun and entertaining option. If you are after a modern skill-based gaming experience, WorldWinner could do with an upgrade before the site reaches your requirements.