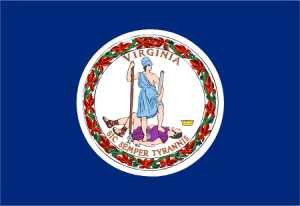 Legal land-based gambling in Virginia is limited to playing the lottery and wagering on out-of-state races in one of the five licensed off-track betting facilities. Local contests are not available because Virginia’s sole racetrack, Colonial Downs, was closed in 2014 due to a severe conflict with the Virginia Racing Commission.

The property was even considered for a golf course at one point in 2016, but fortunately, it was purchased by a Chicago-based company called Revolutionary Racing. The new owners are now renovating the track and want to reopen it in the fall of 2019.

Also, local lawmakers allowed Revolutionary Racing to open one gambling facility in New Kent County. This facility will offer horse racing-themed electronic games of chance and will likely open its doors in early 2019. Virginia is also home to the Pamunkey Tribe, which managed to win federal recognition in January 2016. The Pamunkey have already expressed an interest in building a casino resort on their reservation, but they haven’t signed a gambling compact with the state yet.

Gambling within the borders of Virginia is regulated by Section 18 of the Virginia code. All players who participate in unlicensed gambling are theoretically looking at a misdemeanor charge, but the regulations never mention online gambling on the internet. Furthermore, the law has an exemption for private gambling. Consequently, many experts believe that the general rules don’t extend to online play, which would mean that residents are free to play on offshore iGaming sites. This theory hasn’t been tested in the Court yet, as the Virginia law enforcement officers aren’t even trying to catch online gamblers.

Things are looking dire for legal online gambling in Virginia.

Virginia defines gambling as “making, placing, or receiving any bet or wager of money or other thing of value, dependent upon the result of any game, contest, or event, the outcome of which is uncertain or a matter of chance.” There is no specific prohibition on iGaming, but the general definition is broad enough to allow the prosecution of people who play on offshore sites. Participating in unlawful gambling is generally classified as a Class 3 misdemeanor.

The only exception is gambling on the outcome of a horse race outside of a licensed facility, which is a Class 1 misdemeanor. On a brighter note, Virginia residents are free to participate in paid DFS contests – local lawmakers passed a bill legalizing this gambling form in early 2016.

Land-based casino games aren’t available in Virginia. All attempts to legalize riverboat gambling in the 1990s were turned away. Casino bill SB No. 19 has been bottled up in a Senate committee ever since it was officially filed in 2014, and the state cracked down hard on internet cafes that offered digital slots and video poker games in the 2010s.

There is a slight glimmer of hope, though – in 2018, local lawmakers allowed Revolutionary Racing, the new owners of the Colonial Downs racetrack, to open a gambling facility equipped with so-called historical horse racing machines. These devices are similar to slots but rely on the results of past horse races to determine the outcome of each game. This new facility will be called “Rosie’s Gaming Emporium” and is expected to start accepting customers in March 2019. The odds of Virginia legalizing real online casino games soon are nil.

Playing poker is illegal in Virginia unless the game is hosted in a private home and no rake is taken. Local poker enthusiasts tried to challenge the game’s legal status by filing a lawsuit in 2010 after a local charitable poker room was shut down by the Portsmouth Commonwealth Attorney. The plaintiff argued that poker is a game of skill and even brought in a 2004 WSOP Main Event Champion, Greg Raymer, to support his case. The judge acknowledged Raymer’s expertise but upheld the ban, stating that even the slightest element of uncertainty is enough to make the game illegal under state law. The plaintiff filed an appeal, and the case was brought before the Supreme Court. Unfortunately, the Court refused to issue a ruling and dismissed the case. Simply put, Virginia doesn’t have a land-based poker industry and won’t legalize internet play anytime soon.

Sports betting in Virginia is currently limited to betting on horse races in licensed off-track facilities. On-site betting is also legal, but the state’s sole racetrack, Colonial Downs, has been closed since 2014 and won’t reopen until fall 2019. Many experts, including gaming research firm Eilers & Krejcik, indicate that the state is highly likely to push for the legalization of betting on traditional sports in 2019 or 2020. In July 2018, these speculations were all but confirmed by Virginia Secretary of Finance Aubrey Layne, who noted that “there are significant monies involved” in this gambling form. Nevertheless, it’s safe to assume that any potential sports betting expansion in Virginia will initially be limited to land-based venues.

The Virginia Daily Fantasy Sports Act was signed into law on March 7, 2016, by Gov. Terry McAuliffe. DFS companies that want to operate in Virginia are required to register with the Department of Agriculture and Customer Services, which is tasked with conducting an annual audit of all DFS companies operating in the local market to ensure compliance with the new law. Operators are also required to pay a $50,000 registration fee.

The DFS Act includes several consumer protection provisions: the operators’ employees and their immediate relatives are banned from participating in DFS contests, player funds have to be segregated from operating funds, and player data must be kept secure. The minimum age to participate in DFS contests in Virginia is 18. High-profile DFS operators that offer their services to Virginia residents include FanDuel, DraftKings, Yahoo DFS, and Fantasy Draft.

Virginia Lottery offers local and multi-state draw games, including Powerball and Mega Millions. Lotto enthusiasts can also purchase scratchers and Print ‘n Play tickets, but unfortunately, none of these products are available online. If you want to participate in any of the games offered by the Virginia Lottery, you need to visit one of the licensed retail shops.

Live bingo is allowed in Virginia as long as charity organizations host the games. Commercial bingo constitutes unlawful gambling, which means that playing on offshore sites would likely be classified as a Class 3 misdemeanor. Regrettably, there’s no reason to expect this status quo to be challenged in the foreseeable future.

What types of gambling are available in VA?

Virginia’s landscape is devoid of any casinos, tribal, or commercial. Fortunately, local gambling enthusiasts can engage in pari-mutuel horse race betting and various forms of charitable gambling. Virginia operates its own lottery, which has been relatively popular over the past few years. Nevertheless, lottery tickets can’t be purchased online, and the state doesn’t have any locally licensed internet gambling sites.

Land-based gambling, including home games, is covered by Virginia Code, Section 18. Online gambling isn’t regulated within the borders of Virginia. Arguably, the authorities could try to apply the general brick-and-mortar laws to online gaming, but in the end, they simply don’t bother with trying to prosecute people who frequent offshore sites.

The current legal status of online gambling in Virginia is somewhat ambiguous, but there’s absolutely no doubt that the Virginia officials simply don’t try to harass online gamblers who play on offshore sites.

What are the most popular banking options supported by Virginia -facing sites?

Once you decide to fund your online gambling account, you’ll usually have to choose between credit/debit card and Western Union/MoneyGram. Cashing out shouldn’t be a problem if you stick to the reputable sites, as all of them allow you to withdraw via a wire transfer.

No. The sites that accept Virginia residents are all based and licensed offshore.

Is it likely for Virginia to regulate online gambling?

Virginia doesn’t have a healthy gambling industry that would be able to sustain a serious iGaming operation, so it should come as no surprise that Virginia legislators aren’t exactly thrilled about allowing state-regulated online games of chance.