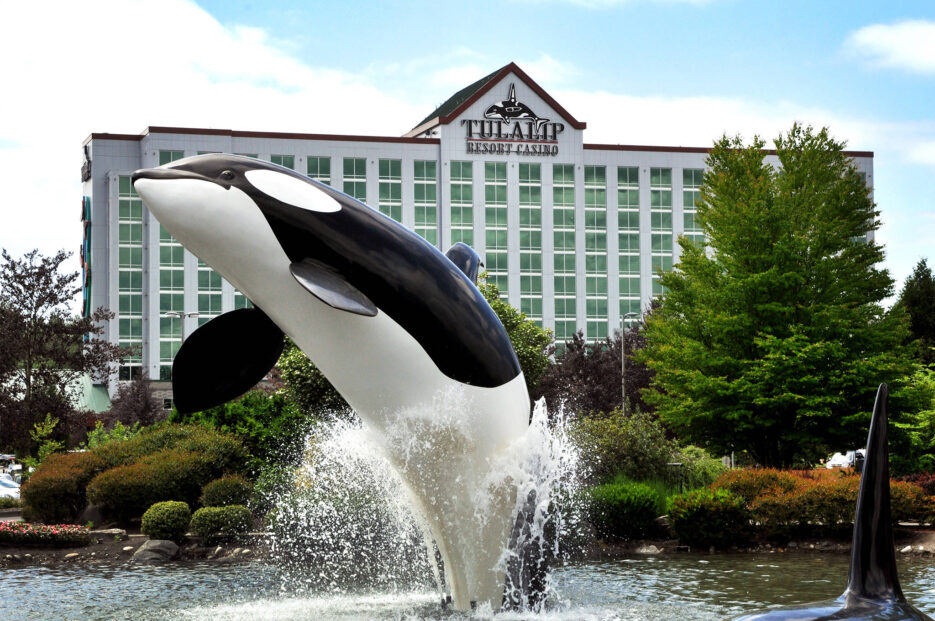 Once regulated, the Washington residents would be allowed to place legal bets on professional leagues, the Olympic Games, and college athletics, and other international events. If the current launch timeline goes to plan, Washington bettors will also likely be able to place their Seahawks Super Bowl bets ahead of this NFL season this fall. However, betting on games involving in-state schools will not be allowed.

A Year of Negotiations

Gov. Jay Inslee signed HB 2638 into law on March 25, 2020, allowing Washington sports betting at tribal casinos. This made Washington the 21st state to legalize the industry, yet tribal compacts have prevented the industry from launching. The state officials had been working to negotiate a contract that would pave the way for sports betting in the state, and the proposed arrangement with the Tulalip Tribe is the first sports betting compact agreement between Washington state and the tribe after year-long negotiations.

Both chambers will now review the compact, with the gambling commission is expected to vote on the renegotiated compact on June 10. The 35-page document then requires final signatures by the tribal chair and the governor. Afterwards, the bill heads to the final nod by the federal government before the state is greenlighted for a launch.

Optimism on Both Sides

In a news release, Washington State Gambling Commission Chair Bud Sizemore hailed the state and tribal negotiation team for a great job, “We believe that this compact amendment is a thoughtful approach by the State and Tribe, ensuring that sports wagering will be conducted with the highest integrity while protecting the public.” However, he added that there is plenty of work to be done before the first regulated sportsbook in Washington, but was hopeful of a launch before the NFL regular season.

While terming sports betting an exciting new opportunity for the state residents, Tulalip Chairwoman Teri Gobin said, “The revenue sports betting provides stays in Washington, creating jobs and increasing charitable contributions that help communities throughout the state.” In two decades of gaming, the tribal gaming industry has generated more than $700 million in state and local taxes, while creating 37,000 jobs.

There are 28 tribal casinos operated by 23 tribes that may renegotiate their contracts to offer sports betting. Half of them have reportedly indicated an interest in sports betting, with at least four reportedly in advanced negotiations with the commission to include sports betting offerings. They are the Snoqualmie, Suquamish, Kalispel, and Muckleshoot tribes.

The executive director of the Washington Indian Gaming Association Rebecca George said she believes the other tribes are close to concluding similar agreements to the Tulalip agreement, which she termed the “next major milestone” in Washington’s gaming industry. George said that tribes and state regulators have unceasingly worked together to carefully devise effective compact agreements like the one announced with the Tulalip tribe. She added that the new compacts would allow responsible adults access to gaming while protecting against negative social consequences.