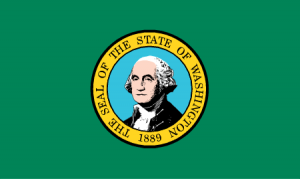 Washington boasts a massive land-based gambling industry that generates around $3 billion in annual revenue. About 70% of this revenue is raked by the local tribal casinos, which makes these establishments important for the economies of their respective counties and cities.

The disputes between the casinos and the authorities are settled swiftly and amicably. For example, when the state signed compacts with the tribes, both sides disagreed on whether the Indian Gambling Regulatory Act of 1988 covered slot machines. The matter was settled with a consensual lawsuit, which was filed in a federal court in 1994.

In 1997, the court ruled that the state wasn’t required to allow slot machines, but it had to enable the tribes to install similar devices. In the end, the tribes settled for lottery terminals, which are connected to central computers operated by their Tribal Gaming Agencies. From a customer’s standpoint, these terminals are indistinguishable from modern video slots – the differences are mostly technical.

Unfortunately, the amicable relations between the casino-owning tribes and the local government have had disastrous consequences for Washington-based gambling enthusiasts.

Washington gambling regulations are known for being unique. According to Section 9 of Washington statutes, players who knowingly transmit or receive gambling information using the internet are committing a felony. Most experts agree that this law extends to online gambling, which means that playing on offshore sites and getting caught is pretty much guaranteed to land you in jail. Consequently, we don’t recommend Washington-based players to engage in real money gambling over the internet at all.

These issues and other gambling-related matters are covered by the Washington Revised Code, RCW 9.46.010 et seq. and RCW 67.16.010 et seq. The minimum gambling age in Washington is 18, but many local casinos serve alcohol and require their customers to be at least 21.

In 2005, tribal casino revenues began to soar, and with the federal Unlawful Internet Gambling Enforcement Act looming on the horizon, local lawmakers decided to commit to a crackdown on internet gambling to protect the booming gambling industry. In January 2006, Sen. Margarita Prentice (D) introduced Senate Bill 6613, which was designed to ban all internet gambling within the state. The bill amended the Washington Revised Code, RCW 94.46.240 to read as follows:

Interestingly, transmitting gambling information was classified as a gross misdemeanor in the initial draft of the bill, but Washington Senators concluded that this wasn’t enough to discourage online gambling enthusiasts. Sen. Prentice’s bill was signed into law by Gov. Christine Gregoire on March 28, 2006, eliminating the Evergreen State from the US online gambling landscape.

The definition of gambling information is expansive and covers all data pertaining to any games that meet the general definition of gambling, as outlined in RCW 9.46.0237. According to this definition, gambling means “staking or risking something of value upon the outcome of a contest of chance or a future contingent event not under the person’s control or influence, upon an agreement or understanding that the person or someone else will receive something of value in the event of a certain outcome.” These provisions have never been interpreted in a way that would benefit online poker players or DFS fans.

Unfortunately, this isn’t where the problems of Washington-based iGaming enthusiasts end. In March 2018, the US Court of Appeals for the Ninth Circuit published a decision stating that the virtual chips used on social gaming sites are a thing of value because they can be purchased for real money and extend the privilege of using the platform. This means that Washington residents can be charged with a Class C felony for playing on any social casino or poker sites, especially those that sell virtual currency packages.

Washington tribes operate 27 casinos that offer lottery terminals, table games, poker, and – in some cases – off-track betting. These casinos are spread throughout the state, so local gambling enthusiasts don’t need to drive to the other side of the state to experience some Vegas-style action. The largest casinos are located in Auburn (Muckleshoot Casino), Tulalip (Tulalip Resort Casino), Snoqualmie (Snoqualmie Casino), Airway Heights (Northern Quest Casino), and Tacoma (Emerald Queen Casino). Gamblers can also play house-banked card games in non-tribal cardrooms in counties that haven’t banned this form of gambling.

Washington doesn’t house any state-sanctioned casino sites, and playing on offshore platforms is considered a felony. According to local regulations, even play-money chips meet the definition of a “thing of value” if they can be purchased for real money. Thus, playing on social sites that include a real-world component, such as MyVegas or Big Fish Casino, is ill-advised.

Washington is packed with small- and medium-sized poker rooms operated by tribal casinos and non-tribal businesses. In total, the local scene has access to 280+ tables spread across 50+ venues. Aside from cash games, players can participate in affordable, $10-$50 buy-in tournaments, which are hosted almost daily by places like the Joker’s Casino or Caribbean Yakima.

Unfortunately, playing over the internet is still considered a felony, despite the valiant efforts of Rep. Sherry Appleton (D), who repeatedly reintroduced his online poker bill, HB 1114, between 2015 and 2018. According to Curtis Woodard, an internet poker activist who helped Appleton prepare the first draft, HB 1114 will not make another appearance during the 2019 legislative session as it didn’t receive the support that its proponents had initially hoped for.

Sports betting is illegal in Washington, although the regulations include an exception for hopelessly outdated 100-square workplace sports pools. These sports pools must follow particular rules: the organizer needs to prepare a board in advance of the event, which has to be divided into 100 squares. The participants can then purchase these squares. The maximum price of a square is $1. Each square is assigned a prospective score by drawing, and the pool is later divided between all players who get the squares that match the game’s outcome.

Pari-mutuel horse race betting follows different laws and is allowed both on-site and at satellite facilities, which must be approved by the Washington Horse Racing Commission. Engaging in internet betting constitutes a felony.

Washington legislators aren’t working on any sports betting bills at the moment, and there’s no indication that they’re planning to introduce such a bill in the future. The silence surrounding this issue following the repeal of the federal Professional and Amateur Sports Protection Act demonstrates that local politicians are still fully committed to protecting the local card rooms and tribal casino industry.

The Washington prohibition on internet gambling extends to DFS contests, and violating it remains a felony. Consequently, all high-profile DFS operators, including FanDuel, DraftKings, and Yahoo DFS, have opted to stay out of the Evergreen State. Between 2015 and 2016, local lawmakers introduced as many as four different DFS bills designed to alter the status quo. Bills SB 5284, SB 6333, and HB 1301 were meant to legalize DFS sites by classifying fantasy sports contests as games of skill, while HB 2370 was supposed to strengthen the prohibition by amending RCW 9.94A.515, adding new sections to chapter 9.46 RCW, and prescribing new penalties. Despite being reintroduced numerous times, none of these bills made it to the governor’s desk, which means that the current regulations are likely to remain unchanged for the foreseeable future.

Washington’s lottery was founded in 1972, but it never joined the Multi-State Lottery Association. Fortunately, Washington residents can still purchase Mega Millions and Powerball tickets due to separate arrangements. On the local level, the available games include Lotto, Hit 5, Match 4, Daily Keno, Daily Game, and several types of scratchers. Washington regulations prohibit the lottery from holding multiple drawings per day for any of its products, which is why the local version of Keno doesn’t run on a frantic schedule that’s typically associated with this game. All tickets must be purchased from land-based retail shops – there’s no option to acquire them via the lottery website.

Washington allows both commercial and charitable bingo games, but playing over the internet is just as illegal as engaging in any other form of online gambling.

What types of gambling are available in WA?

Washington isn’t a restrictive state when it comes to land-based gambling, but the local online gambling regulations can be a headache for die-hard iGaming enthusiasts. The state has several Indian casinos, commercial casinos, card rooms, and race tracks. Like virtually every other gambling-friendly state, Washington operates its own lottery and allows multiple forms of charitable gambling. The only thing missing from this menu are state-licensed iGaming services.

Online gambling is covered by Section 9 of Washington statutes. As mentioned above, playing on offshore sites could be considered a felony, which means that online gamblers based in Washington that a disproportionately huge risk just by trying to enjoy their favorite pastime—playing for play money rather than cash is the only way to avoid this punishment.

No. Real money internet gambling is illegal in Washington and is likely to result in severe legal consequences.

Most offshore sites refuse to accept new customers from Washington, but if you already have an account, there’s nothing to stop you from enjoying play money games.

What are the most popular banking options supported by Washington-facing sites?

Most offshore sites support credit card payments and offer bank wire transfer withdrawals. Still, in our opinion, Washington residents shouldn’t risk playing for real money while remaining within the borders of the state, as using the internet to play for real money is considered a felony.

No. Washington doesn’t have a regulated intrastate iGaming market.

Is it likely for Washington to regulate online gambling?

Washington politicians most likely haven’t decided how to tackle this issue yet, which means that the fate of any future Washington iGaming bill would probably be hugely dependent on the number of states that opt to follow in Nevada’s footsteps.