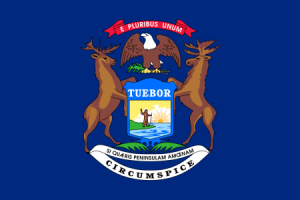 The history of gambling in Michigan dates back to 1933 when local lawmakers legalized betting on horse races. Nowadays, gambling in the Great Lakes State centers around 26 licensed casinos, which, in total, operate well over 30,000 slot machines. Three of these venues are located in Detroit, while the remaining establishments lie on Native American lands.

The first bundle of Michigan iGaming regulations was known as SB 0562 and passed in 1999. It made it illegal for anyone to engage in online gambling within state lines. This bill was repealed in 2000 when the local lawmakers adopted Public Act 185. At the moment, Michigan doesn’t expressly prohibit any form of iGaming, and local law enforcement doesn’t seem interested in going after individual gamblers.

With numerous tribal and commercial casinos, Michigan has a sizeable land-based gambling industry, which shouldn’t be all that surprising since the state has rather strong local gambling traditions that date back to the early 20th century.  Most of the local casinos are located in the vicinity of Detroit, but all things considered, if you are in Michigan, you’re never too far from a gambling establishment. Other than that, Michigan has a state-operated lottery, pari-mutuel race betting, and some charitable gaming.

As of 2020, all forms of online gambling are legal in Michigan.

The general definition of illegal gambling in Michigan is extensive. It covers “accepting money or a valuable thing contingent upon result of a game, race, contest, or happening of uncertain event.” Thus, playing on offshore sites is a risky proposition, especially if you’re a high-roller. In essence, most common gambling offenses, including winning more than $50, are punishable by up to one year in prison or a fine of no more than $1,000.

The minimum gambling age in Michigan is 18 for horse race betting and lottery games and 21 for casino-style games. All gambling-related matters are covered by the Michigan Penal Code Chapter 750 Sec. 301 et seq. and the Michigan Gaming Control and Revenue Act (Michigan Compiled Laws, Chapter 432).

Due to the passage of HB 4916 in 2019, legal Michigan online gambling is now a reality. The new law makes online and mobile casino games, sports betting, and poker legal in Michigan. The Michigan Gaming Control Board is currently working on the regulations necessary for licensing online casinos and sportsbooks in the state.

Section 432 of the Michigan statutes make it illegal to offer any gambling services without holding a license, but there’s no denying the fact that none of the regulations refer to online gambling or mention any penalties for playing on unlicensed sites. Nevertheless, the state does punish people who participate in unlicensed gambling activities.

Interestingly enough, the punishment depends on the amount of money you win – players who get less than $50 are facing a misdemeanor charge while winning more could land you in jail. Nevertheless, the state doesn’t prosecute online gamblers, which led many experts to believe that the authorities simply aren’t willing to use any legal loopholes to go after offshore site customers.

Both the Michigan House and Senate have been busy processing proposed iGaming legislation over the past two years, and it seems likely that an online gambling bill will be passed somewhere down the road in 2019. The first piece of legislation, SB 0889, was introduced in 2016 by Sen. Mike Kowall, but it was never proceeded after getting passed to the Committee of the Whole.

In 2017, it was followed by two DFS bills sponsored by Sen. Wayne Schmidt and Sen. Curtis Hertel, which shared a similar fate. The hopes of local gambling enthusiasts are currently focused on HB 4926. This new bill was introduced by Rep. Brandt Iden in 2017 and was passed to the Senate after gaining the House’s approval in a 68-40 vote in June 2018.

As mentioned, Michigan is home to 26 brick-and-mortar casinos. Twenty-three of these establishments are owned by the 12 local Indian tribes and are located on Native American land. The remaining three venues aren’t owned by the tribes and are located in Detroit – their construction was authorized following the passing of the Michigan Gaming Control and Revenue Act in 1996. The biggest Michigan casinos are MGM Grand Detroit (Detroit, 3,500 slots), Soaring Eagle Casino and Hotel (Mount Pleasant, 3,350 slots), Greektown Casino (Detroit, 3,000 slots), Fourwinds Resort and Casino (New Buffalo, 3,000 slots), FireKeepers Casino (Battle Creek, 2,900 slots), and MotorCity Casino (Detroit, 2,800 slots).

Online casino games are currently illegal, but this is likely to change if Rep. Iden’s iGaming bill makes it to the Governor’s desk. While it’s still too early for any specific predictions, in its current form, the law would allow Detroit casinos to launch their own gambling sites as soon as 2019. The local tribal casinos would also be allowed to take their business online, provided they’re willing to amend their compacts with the state.

With over 30 live poker rooms and dozens of tournaments scheduled every month, Michigan is a vital hotspot on the US poker map. Most of these venues are located in Detroit, but it’s not difficult to find some action in both the Upper and Lower Peninsula areas.

Unfortunately, playing poker over the internet is just as illegal as playing online casino games. If HB 4926 passes, local gambling establishments (including tribal casinos) will be allowed to launch their own poker sites. It’s still too early to say anything specific regarding player pooling, but the bill’s current draft includes provisions for multi-jurisdiction agreements.

Legal sports betting in Michigan is currently limited to pari-mutuel horse race betting at the two local racetracks and licensed off-track betting facilities. Betting on traditional sports is presently illegal, despite the valiant efforts of Rep. Robert Kosowski, who introduced as many as five sports betting bills between 2015 and 2017. This might change if Rep. Iden’s internet gambling bill is signed into law – it includes provisions that would allow the local commercial casinos to offer online sports betting. As the iGaming bill’s author points out, HB 4926 requires a companion piece of legislation regulating the issue of land-based betting, but no such bill has been introduced yet.

Michigan gambling laws don’t feature any provisions on Daily Fantasy Sports. In 2015, the Michigan Gaming Control Board expressed an opinion that DFS contests should be considered illegal under the general gambling regulations. However, the AG’s office, headed by Attorney General Bill Schuette, declined to comment on this matter, stating that “offering general legal advice or answering hypotheticals about legal situations is not a part of the Attorney General’s mission.” As is often the case in such unclear circumstances, DFS sites continue to operate on the local market and are unlikely to back down unless they get sued by the authorities, which doesn’t seem likely at the moment. DFS sites that are currently available to Michigan residents include DraftKings, FanDuel, Yahoo DFS, and Fantasy Draft.

Michigan lawmakers attempted to regulate DFS in June 2017. Two bills were introduced: SB 0461, sponsored by Sen. Wayne Schmidt, and SB 0462, sponsored by Sen. Curtis Hertel. Unfortunately, both of these bills were stuck down in the Senate Committee on Regulatory Reform, which doesn’t bode well for their chances to be signed into law. However, DFS regulations might be introduced with the general online gambling bill, HB 4926, which was passed to the Senate after being approved by the House in June 2018.

The Michigan Lottery was founded in 1972 and is one of the few American lotteries that are allowed to sell their products over the internet. Aside from standard draw games, such as Daily 4, Mega Millions, or Powerball, Michigan residents also have online access to casino-style Instant Win games, such as Queen of Diamonds or Halloween Legends, as well as eight Keno variants. Fast Cash games and Pull Tab games are offered exclusively by licensed land-based retailers.

Bingo in Michigan is popular as a charity game – the only legal option for people who want to raise funds via gambling is to organize a raffle. Commercial games offered over the internet are treated like all other forms of unlawful gambling, so Michigan residents who use offshore bingo platforms put themselves in legal jeopardy. This could change thanks to Rep. Iden’s new iGaming bill, but so far, commercial casinos haven’t been keen on launching bingo sites in the states that have already legalized online gambling, such as New Jersey or Delaware.

What types of gambling are available in Michigan?

With numerous tribal and commercial casinos, Michigan has a sizeable land-based gambling industry, which shouldn’t be all that surprising since the state has rather strong local gambling traditions that date back to the early 20th century.  Most of the local casinos are located in the vicinity of Detroit, but all things considered, if you are in Michigan, you’re never too far from a gambling establishment. Other than that, Michigan has a state-operated lottery, pari-mutuel race betting, and some charitable gaming. Unfortunately, the state of Michigan hasn’t regulated online gambling so far.

Brick-and-mortar gambling establishments and home games are covered by the Michigan code, with the most important regulations being listed in Section 432. There are no regulations pertaining specifically to internet games, which means that playing online is legal even though Michigan doesn’t have any licensed casino sites or sportsbooks.

Online gambling isn’t listed as a felony or as a misdemeanor, so there’s nothing to stop you from enjoying your hobby on offshore sites. However, if you have any doubts about joining a specific site, you should probably consider seeking professional advice first.

Playing online games of chance is widely believed to be legal and safe in Michigan, so it should come as no surprise that virtually every offshore site is going to be more than happy to accept a new Michigan-based customer.

What are the most popular banking options supported by Michigan -facing sites?

Depositing to an offshore gambling site usually involves using a credit card or debit card. The brands we recommend are Visa and MasterCard, in this specific order. American Express is available with some sites, but many Michigan-based players have been complaining about reliability issues when dealing with this particular brand. When it comes to cashing out, most sites will allow you to choose between a wire transfer and a check by courier.

As mentioned above, Michigan doesn’t have any regulated casino sites, poker rooms, or sports betting sites. Michigan is yet to regulate its online gambling market.

Is it likely for Michigan to regulate online gambling?

It’s tough to say whether Michigan will regulate online gambling or not. The local gambling industry is large enough to build an intrastate iGaming market without any outside help. Still, neither the politicians nor the casino owners seem to be interested in following in the footsteps of Nevada or New Jersey.