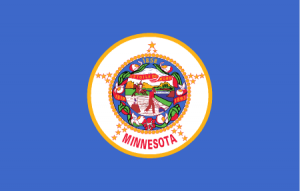 Minnesota was the first state to sign compacts with Native American tribes under the Indian Gambling Regulatory Act of 1988. Local lawmakers made a colossal blunder and failed to negotiate any provisions on tax contributions, essentially allowing Minnesota Indians to operate their businesses for free. Even worse, the state isn’t allowed to re-negotiate any of these compacts without the tribes’ approval. This oversight undoubtedly helped shape many local politicians’ attitudes towards gambling, and its consequences are visible to this day.

The Land of 10,000 Lakes has a long history of failed attempts to introduce more gambling-friendly legislation. In 1993, there was a legislative effort to legalize video lottery terminals in bars and restaurants, but this proposal was rejected the following year. In 2013, local lawmakers allowed the Minnesota Lottery to sell tickets online, but the results were unsatisfactory, and the entire program was terminated in 2015. In 2017, there was a push to legalize DFS contests within state lines, but the House struck down the proposal in 2018. We expect Minnesota politicians to be skeptical of any plan to expand the local gambling market in the foreseeable future.

Minnesota regulations prohibit individuals from engaging in most forms of gambling outside tribal casinos and racetracks. This also applies to playing over the internet as gambling in this state is defined in very broad terms. The very act of placing a bet is considered a misdemeanor unless it is part of an exempt activity, such as lottery or social poker. Offshore gambling operators are not exempt, which makes the situation clear-cut. Note that Minnesota anti-gambling regulations include forfeiture provisions, and according to the local Attorney General, any computer used to place unlawful wagers is subject to those provisions.

Section 609 of Minnesota code criminalizes unregulated gambling, and the act of gambling itself has a rather broad definition. Most gambling-related offenses are likely to result in misdemeanor charges, but the state doesn’t expressly prohibit online play. Consequently, the legal status of playing on offshore sites is somewhat complicated, but it’s worth pointing out that the state never tried applying the general laws to offshore site customers.

This means that this issue has never been tackled in front of the court – and since the authorities aren’t interested in prosecuting individual players anyway, most people simply assume that online gambling is legal within the borders of the state.

There are 11 federally-recognized Native American tribes in Minnesota, and they operate 18 casinos under the compacts signed with the state. These casinos offer slots, which are required to pay between 80% and 95%, as well as table games, such as blackjack, tri-card poker, or baccarat. The largest tribal casinos are located in Prior Lake (Mystic Lake Casino Hotel), Welch (Treasure Island Resort & Casino), Hinckley (Grand Casino Hinckley), and Carlton (Black Bear Casino Resort). Legal online gambling is limited to social sites, such as the Double Down Casino, which has ties to five of the local tribal venues. Engaging in real money gambling on offshore platforms is illegal and may expose the player to misdemeanor charges.

Live poker is mostly played in tribal casinos and at both of the local racetracks, which have been allowed to offer competitive, unbanked card games since 1999. Minnesota laws preclude no-limit cash games, although fortunately, this does not apply to tournaments. Poker is considered a skill-based game, which makes it available for social gaming as long the value of prizes awarded for each competition or contest doesn’t exceed $200.

Playing real money poker on offshore sites is just as illegal as playing casino games. If you want to play poker over the internet without breaking any laws in Minnesota, your options are limited to social sites such as Zynga Poker.

Sports betting is illegal in Minnesota, and local lawmakers are not considering introducing it to the North Star State anytime soon. Quite the contrary – the recent defeat of Rep. Tony Albright’s DFS bill suggests that Minnesotan politicians aren’t interested in expanding the local gambling market. Online betting via offshore sites is also prohibited and exposes you to the same charges as using an overseas casino site or poker room.

The only form of sports betting allowed in Minnesota is pari-mutuel on-track horse race betting.

Minnesota has never officially legalized DFS contests, and this is unlikely to change after the recent failed push to regulate this form of gambling. The new DFS-friendly legislation was proposed in 2017 by Rep. Tony Albright but was unable to pass the House by 48-74 in April 2018. High-profile DFS sites, such as DraftKings, FanDuel, and Yahoo DFS, continue to offer their services to Minnesota residents, but they are undoubtedly operating in a legal grey area. At the moment, participating in paid DFS contests is a risky proposition. If the legality of these operations is ever challenged, individual players might find themselves exposed to the same misdemeanor charges that can be brought up against people engaging in other forms of internet gambling.

The Minnesota State Lottery is allowed to offer draw games (both local and multi-state), scratch games, instant play tickets, and raffles. As mentioned, online ticket sales were introduced in 2013, but the program was terminated in 2015 due to unsatisfactory results. The Lottery website serves for information purposes only – all tickets must be purchased from licensed land-based retailers.

Land-based bingo is available commercially in the tribal casinos and as a charity game. Online play is prohibited, and there are no state-sanctioned sites offering bingo to Minnesota residents. Engaging in real money play on offshore sites makes players liable to misdemeanor charges.

What types of gambling are available in Minnesota?

Minnesota is a fairly gambling-friendly state, especially when it comes to land-based games. The state has several Indian casinos, and the local racetrack is currently working on opening the first commercial gambling establishment in the area. Like most US states, Minnesota has a state-run lottery and allows pari-mutuel betting. However, the state doesn’t have regulated online gambling aside from some pull-tab games that can be played remotely since late 2012.

All of the issues dealing with playing games of chances for money in a land-based setting are explained in the Minnesota code. Although none of the Minnesota regulations refer to online gambling directly, you need to keep in mind that it may be argued that some of the rules do indeed extend to online play. However, Minnesota authorities have never attempted to use this loophole the prosecute an online player, which is the reason why most experts consider Minnesota to be a rather iGaming-friendly state.

Most offshore sites accept new customers from Minnesota because the local regulations do not prohibit online gambling.

What are the most popular banking options supported by Minnesota -facing sites?

If you live in Minnesota, the best way to deposit to an offshore site would be to use your credit or debit card. Cashing out also shouldn’t be much of an issue, as most sites will allow you to choose between a standard wire transfer and a VIP check by courier. Please note that the latter withdrawal method is rather expensive and should be used exclusively for large payouts.

Except for remote pull-tab games, Minnesota-based companies aren’t allowed to offer remote gambling products. This means that Minnesota-based gamblers have to stick to offshore sites that accept new customers from the United States, such as Bovada.

Is it likely for Minnesota to regulate online gambling?

Minnesota isn’t one of the states that are firmly against legalized online gambling, but unfortunately, the local lawmakers aren’t interested in pushing for a new iGaming bill either. This means that while Minnesota is likely to regulate its online gambling in the future, the change won’t happen anytime soon.