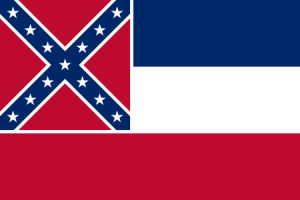 Gambling in Mississippi predates its statehood – the state’s settlers engaged in horse race betting under Spanish rule. Mississippi is also where the modern game of five-card poker originated. This tradition persisted until the 1950s when a local religious group called the Biloxi Protestant Ministerial Association began campaigning against all forms of gambling.

Concurrently, the Kefauver Committee initiated a statewide crackdown on the industry, which forced gambling underground.

The situation changed again in the 1990s thanks to the Mississippi Gaming Control Act of 1990 and the Indian Gaming Regulatory Act of 1988. Non-tribal casinos were allowed in the dockside, and federally recognized Indian tribes began building casinos on reservation grounds. The local industry didn’t face any competition aside from New Orleans until casino-style gambling was introduced in Florida, which allowed it to regain a lot of its former glory.

According to Mississippi law, engaging in any form of gambling that isn’t authorized by the state is punishable by a fine of up to $500 or up to 90 years in jail if the fine isn’t paid. Players can also be fined for whatever money they have won. The legal definition of gambling is broad enough to cover most internet games. In essence, it states that gambling is “betting on games or encouraging any game, other than a dog fight, for money or other valuable thing.”

Mississippi gambling regulations are listed in Mississippi code, Section 97 and 75. The law is very vague when it comes to online gambling – participating in unlicensed games is illegal, and the money gained from such games can be added to the punishment as an additional fine, but the regulations don’t mention online play. Furthermore, Mississippi officials have never tried prosecuting anyone for playing at an offshore site, so most people are convinced that playing on those sites is allowed under the current regulations. Our suggestion is to consult a lawyer if you aren’t sure whether gambling on the website you picked is illegal or not.

Unfortunately, online gambling is almost completely banned in Mississippi. Between 2012 and 2015, four online poker bills were introduced, but none of them reached the governor’s desk.

There are 29 tribal and non-tribal casinos operating in Mississippi. The non-tribal properties are situated along the coast in an area known as The Strip. Some of the most popular games include slots, competitive and tri-card poker, baccarat, craps, roulette, Let it Ride, and blackjack, but you can play almost anything if you’re willing to try a few venues. The most prominent casinos are located in Biloxi (Beau Rivage Resort & Casino, Golden Nugget Biloxi, Hard Rock Biloxi, IP Casino Resort & Spa), Gulfport (Island View Casino Resort), Vicksburg (Ameristar Vicksburg), and Tunica (Gold Strike Tunica, Horseshoe Tunica).

As mentioned, local casinos aren’t allowed to operate real money gambling sites, and playing on offshore platforms is patently illegal. On a brighter note, nine of the local casinos include an online social gaming component. Mississippi residents are also free to use social casino sites such as MyVegas, Zynga, or Slotomania. MyVegas allows its customers to redeem loyalty points for real-world comps at Gold Strike and Beau Rivage, which are both MGM properties.

The local casinos operate Mississippi poker rooms. Biloxi is the top poker hotspot in the state as it houses the highest number of venues. Still, major tournaments such as WSOP events are usually hosted by the Horseshoe Casino in Tunica. Home poker games are illegal in Mississippi – they aren’t banned outright, but the Mississippi Code doesn’t contain any provisions exempting them from the general unauthorized gambling prohibition. For online play, the situation is the same as with Mississippi casinos – real money platforms are patently illegal, but this doesn’t extend to social sites.

Mississippi passed its sports betting bill in 2017, anticipating a favorable decision in the Murphy v. National Collegiate Athletic Association case. In May 2018, the Supreme Court struck PASPA from the books, allowing Mississippi casinos to launch legal sportsbooks. The new law also allowed the casinos to offer horse and greyhound betting. MGM casinos booked the first wagers on August 1, 2018, and by January 2019, most of the local gambling establishments had already joined in on the fun. Unfortunately, online betting wasn’t included in the 2017 bill – all wagers must be placed at licensed land-based venues.

DFS contests are the only form of internet gambling allowed in Mississippi as they were legalized in 2016. The initial bill allowed DFS companies to operate in the Magnolia State until July 1, 2017, but this deadline was extended indefinitely when Gov. Phil Bryant signed off on HB 967 on March 14, 2017. As a result, Mississippi residents enjoy access to all major DFS platforms, including DraftKings, FanDuel, and Yahoo DFS. They also don’t need to worry that the legal status of gambling form will change with no warning as the local government seems content with the new law.

On August 31, 2018, Gov. Phil Bryant signed a bill authorizing the launch of the Mississippi Lottery. The first board of directors was appointed in October, but the first tickets most likely won’t be sold until the final quarter of 2019 or the first quarter of 2020. This is because the board needs to sign contracts with retailers and advertisement companies as well as procure goods and services necessary to operate the new lottery. The rules and regulations governing the Mississippi Lottery haven’t been outlined yet, so it’s too early to discuss the list of available games.

Mississippi permits bingo as a charitable game. Also, commercial bingo is available in some of the local casinos, such as the Golden Moon Hotel & Casino or Silver Star Hotel & Casino. Playing online bingo over the internet is illegal as it violates the general prohibition on unauthorized gambling.

What types of gambling are available in Mississippi?

Unlike the other US states, Mississippi doesn’t have its own lottery. Racetracks are also conspicuously missing, but fortunately, local gamblers are free to enjoy their hobby in one of the numerous riverboat and land-based commercial casinos. Indian casinos are also available. The state recently passed a bill allowing MS casinos to have sports, but unfortunately, the state doesn’t have any regulated iGaming sites.

Playing games of chance and placing bets is regulated by Sections 97 and 75 of the Mississippi code. Internet games of chance aren’t explicitly mentioned in any of the statutes discussed above. However, you have to remember that it wouldn’t be impossible for the authorities to claim that Mississippi statutes do apply to online gambling. Fortunately, this possibility is purely theoretical, as no attempts to pursue this course of action have been made so far.

As mentioned above, real money gambling isn’t banned within the borders of the Mississippi as long as all wagers are placed online. Consequently, Mississippi is an excellent state for internet gambling enthusiasts.

Yes, Mississippi residents shouldn’t have any issues when signing up for real money play.

What are the most popular banking options supported by Mississippi -facing sites?

Once you create a real money gambling account on an offshore site, you should be able to fund it via a standard credit/debit card payment. Withdrawing is also relatively simple, as most operators rely on traditional bank wire transfers, which are incredibly reliable, but take a few days to process.

No. Contrary to what certain inexperienced gamblers might imagine, Mississippi doesn’t have its own fenced iGaming market. All the legitimate sites that accept Mississippi-based customers are based outside the United States.

Is it likely for Mississippi to regulate online gambling?

While Mississippi can regulate online gambling over the next few years, however, it’s worth remembering that the Mississippi iGaming bill was supposed to be presented in 2014. Still, no documents have been submitted so far.