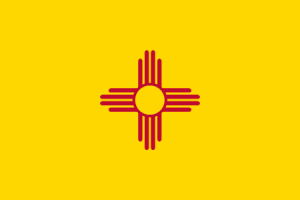 Legal gambling was introduced to New Mexico in 1947 when local lawmakers legalized pari-mutuel horse race betting. The next step came in 1990 when the government signed gambling compacts with the local tribes following the passage of the federal Indian Gaming Regulatory Act. The first tribal casinos opened their doors in 1995.

Also that year, the governor signed a bill authorizing the launch of a state lottery, which joined the Multi-State Lottery Association in 1996. In 2011, the state approved the construction of non-tribal casinos, allowing one of them to open in Albuquerque.

New Mexico was also one of the first states to offer legal sports betting. In essence, the tribal casinos were already authorized to provide this form of gambling when the Supreme Court overturned the federal Professional, and Amateur Sports Protection Act ban in May 2018.

According to this official definition, gambling consists of making a bet, which is “a bargain in which the parties agree that, dependent upon chance, even though accompanied by some skill, one stands to win or lose anything of value specified in the agreement.” Engaging in unlawful gambling or even entering a gambling establishment or site with the intent of making a bet is considered a petty misdemeanor punishable by up to six months in jail and/or a fine of up to $500.

Most gambling-related matters are covered by New Mexico Statutes 30-19-2, et seq. and 60-1A-1, et seq. The minimum gambling age in New Mexico is 18 for lottery and pari-mutuel betting and 21 for casino games.

Unfortunately, New Mexico internet gambling regulations are still behind the curve. Aside from a single failed attempt at passing a DFS bill in 2015, local politicians have not taken up this issue in any official capacity. Thus, New Mexico residents don’t have access to any state-sanctioned gambling sites.

New Mexico has a broad definition of gambling, which is provided in Section 30 of the New Mexico code. Placing a bet in an unlicensed game is considered a misdemeanor, but it’s impossible to tell whether this extends to online gambling or not as internet games simply aren’t mentioned anywhere in the statutes. Furthermore, it’s worth remembering that so far, no players have been prosecuted. It wouldn’t be a stretch to assume that playing at an offshore site isn’t likely to put you in trouble.

There are 23 tribal casinos in New Mexico, and most of them are located in Sandoval, Santa Fe, and Bernalillo. Residents also enjoy access to five racinos, which are located in Lincoln, Bernalillo, Doña Ana, San Juan, and Lea. None of these businesses are allowed to operate real money gambling sites, and legislators aren’t currently working on any bills that could challenge this status quo.

Playing on offshore casino platforms is a petty misdemeanor in New Mexico as it meets the general definition of unlawful gambling.

Sports betting is a Class 3 gambling activity, and the compacts signed between the local tribes and the state authorize tribal casinos to offer all forms of Class 3 gaming. Thus, when the Supreme Court lifted the federal PASPA ban in May 2018, it removed the only obstacle standing between New Mexico residents and legal sports betting.

Santa Ana Star Casino and Hotel launched the first (and so far only) New Mexico sportsbook in Bernalillo in cooperation with USBookmaking. It offers betting on professional and college sports, but customers are prohibited from placing bets on local teams. The law requires all betting to be conducted on-site. As a result, online betting will remain unavailable until local legislators pass a new iGaming bill, which doesn’t seem likely at the moment.

Aside from betting on traditional sports, residents can also engage in pari-mutuel horse race betting at the local racetracks.

New Mexico was among the first states to tackle the issue of paid DFS contests, but the results of these efforts were underwhelming. New Mexico’s DFS bill, designated H 314, was introduced in 2015 by House Majority Leader Nate Gentry, but it failed to gain enough support to make it to the Senate floor. Gentry’s bill didn’t get any action beyond 2016, which means it should be considered dead in the water.

Despite this legislative defeat, major DFS operators, including DraftKings, FanDuel, and Yahoo DFS, continue to offer their services to New Mexico residents. The legality of these activities is questionable, as New Mexico’s definition of unlawful gambling is not based on the predominance of luck over skill. This means that the local authorities don’t need to wait for any legislative action to force DFS companies out of the state on very short notice.

As mentioned, the New Mexico Lottery joined the Multi-State Lottery Association in 1996, which means that local lottery enthusiasts enjoy access to interstate draw games, such as Mega Millions or Powerball. Unfortunately, all tickets must be purchased from land-based retailers, who also offer a wide variety of instant win games.

What types of gambling are available in NM?

New Mexico residents are free to enjoy regulated casino games at several land-based casinos. The state also operates its own lottery, which became somewhat popular over the past few years. Pari-mutuel horse race betting and bingo are also available. However, the state doesn’t have any licensed iGaming sites and has no regulations that’d allow such sites to appear.

Section 30 of the New Mexico code contains all the regulations you should familiarize yourself with if you’re looking for specific laws about real money gambling. Please note that online play isn’t explicitly mentioned in any of those regulations, which led many experts to believe that playing games of chance for money is perfectly legal within the borders of New Mexico.

Yes. New Mexico regulations don’t cover online play, so there’s nothing to stop you from enjoying your favorite games on offshore casino sites or poker rooms. If you prefer to wager on sports, you’re in a very similar situation, as online sports betting isn’t mentioned in the local statutes either.

What are the most popular banking options supported by New Mexico-facing sites?

Most offshore operators support Visa, MasterCard, and Amex, but your card has to be compatible with international transactions for your payments to go through. Withdrawing funds from your account is even easier than making a deposit, as the popular sites tend to default to traditional bank wire transfers in most cases. If you don’t want a wire transfer, you can also request a check by courier.

No. The local regulations are stringent when it comes to operating a New Mexico-based gambling business, so launching an intrastate iGaming site is pretty much impossible for New Mexico residents.

Is it likely for New Mexico to regulate online gambling?

Although poker and other forms of gambling are relatively popular among the residents of the state, the local lawmakers simply aren’t interested in updating the New Mexico gambling laws to create an intrastate iGaming market.