Alabama has a strict prohibition on most forms of gambling, which is enshrined in its Constitution. Furthermore, the local authorities are very serious about enforcing it. Legal gambling options are limited to pari-mutuel betting, which became available in 1973, and bingo, which was introduced to the state in 1980. In 2019 Alabama also approved legislation making daily fantasy sports contests legal. 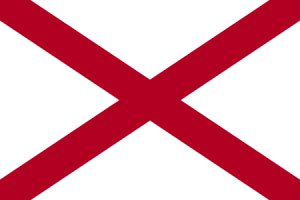 Initially, bingo was available only in Jefferson, but as time went on, more constitutional amendments were passed, and the list of bingo-friendly counties expanded. In 2003, Alabama voters approved electronic bingo in Macon County.

New video bingo parlors were opened at the Greenetrack Racino in Eutaw and Victoryland in Shorter. Unfortunately, Alabama authorities determined that the machines offered by those venues should be classified as slots and threatened to shut them down, leading to several law enforcement raids and the confiscation of all the gambling devices. In March 2016, Alabama’s Supreme Court declared that the authorities had acted within the law in conducting the raids, but Victoryland and Greenetrack reopened their bingo parlors with new machines.

In 2019, Rep. Pebblin Warren introduced a bill intended to protect these facilities from further state interference.

The Poarch Band of Creek Indians took advantage of the new video bingo regulations and the resulting bingo wars. Citing the Indian Gaming Regulatory Act of 1988, the tribe opened three casinos in Atmore, Wetumpka, and Montgomery.

No gambling compacts were signed, and in 2013 the state tried to sue the tribe to get the casinos closed down. The 11th Circuit Court ultimately dismissed the case in 2015.

Gambling in Alabama is defined as staking or risking something of value on the outcome of a game of chance or future event. This definition is broad enough to cover most forms of internet gambling, including online poker and sports betting.

Anyone who knowingly advances or profits from unlawful gambling activity as a player commits the crime of simple gambling, a Class C misdemeanor, which is punishable by up to three months in jail and a fine of up to $500. Fortunately, the relevant statute has an exception for social games conducted on private property.

As it stands, five land-based gambling establishments are operating in Alabama: Wind Creek Atmore, Wind Creek Wetumpka, Wind Creek Montgomery, Greenetrack Racino, and Quincy’s 777 Casino at Victoryland. All of these venues are restricted to Class II games. Thus, local casino enthusiasts who are not satisfied with video bingo must travel to Gulfport or Tunica in Mississippi to play real slots or live table games.

Alabama does not have a regulated online casino industry. Playing on offshore sites is illegal and constitutes a Class C misdemeanor.

Theoretically speaking, the general Alabama gambling ban does not apply to skill-based games, but like in other states with similar regulations, poker is considered a game of chance. Alabama casinos are not allowed to operate poker rooms, so local players must travel to Biloxi or Jacksonville to participate in live cash games or tournaments.

There are no legal online poker options available in Alabama. Playing on offshore sites is classified as simple gambling, which is a Class C misdemeanor.

Pari-mutuel betting on horse and greyhound races is legal in Alabama. Live betting is available exclusively at the Birmingham Racecourse, which continues to host dog races. Off-track betting is available at Birmingham, Greenetrack, Victoryland, and Mobile Greyhound Park. Also, Alabama residents may engage in online betting via TwinSpires.

Traditional sports betting is still illegal, but this might soon change, thanks to a new bill introduced by Rep. John W. Rogers. The bill, designated HB 315, aims to allow sports betting at the existing pari-mutuel facilities and contains special provisions for wagering via “mobile applications or other digital platforms,” which would open up the door for online sportsbooks in Alabama.

At one time, DFS platforms operated in Alabama based on the assumption that the contests they offered were skill-based and did not meet the definition of unlawful gambling as outlined in Alabama  Code, Title 13A, Chapter 12, Article 2. In 2016, Alabama’s Attorney General sent cease-and-desist letters to DraftKings and FanDuel, effectively forcing all DFS companies to withdraw from the state. Thus, Alabama residents do not have access to any legal DFS platforms.

Alabama lawmakers have found it necessary to tackle the issue of DFS contests three times thanks to Sen. Paul Sanford, though each of the bills he introduced was ultimately defeated. Sanford retired in 2018, so the status quo is not likely to be rechallenged anytime soon.

Alabama’s Constitution prevents the state from operating an official lottery, but this is likely to change thanks to a new bill introduced by Sen. Greg Albritton. Albritton’s bill has already made it through the Senate following a 21-12 vote and needs to be approved by the House. If everything goes as planned, Alabama voters will get to decide on this issue on the 2020 ballot.

Traditional bingo is legal in 18 out of Alabama’s 67 counties. Local businesses are prohibited from operating online bingo sites. Playing on offshore sites meets the definition of unlawful gambling and constitutes a Class C misdemeanor.

What types of legal gambling are available in Alabama?

Alabama isn’t exactly the most gambling-friendly state in the country. Quite the contrary, the local regulations tend to be needlessly prohibitive, particularly when it comes to land-based gambling. Alabama has no state-licensed casino, meaning that the only way to gamble offline is to visit one of the tribal casinos, which tends to focus on classic slot machines. However, the current Alabama regulations have a legal loophole that allows the residents of the state to gamble online to the dismay of local regulators.

Gambling, in general, is covered by Section 8.1-150 of the Alabama Commercial Law and the Alabama Code Title 13A. There are no regulations pertaining specifically to online gambling. Still, you should keep in mind that the local authorities are free to argue that the laws mentioned above apply to online play. No online players have been prosecuted so far, but keep in mind that playing in public should be considered extremely risky.

Online gambling isn’t prohibited in Alabama, which means that there’s nothing to stop Alabama residents from playing on US-facing poker sites, casino sites, or sportsbooks. Please note that while the existing regulations are somewhat ambiguous, the risk of an actual conviction is pretty much non-existent.

Is it safe for Alabama residents to gamble online at offshore gambling sites?

There are dozens of US-facing offshore online casinos and betting sites that claim to accept Alabama residents, but that doesn’t mean they’re safe. While you don’t have to worry about being arrested by Alabama authorities, there are many other reasons to avoid gambling at offshore sites. These include unfair games/odds, difficulty depositing and withdrawing money, and the risk that the offshore site will shut down and take your money with them (which has happened many times before). For those reasons, we strongly recommend that you stick to legal gambling sites that are safe because they’re licensed and regulated in the US.

What are the most popular banking options supported by Alabama-facing sites?

The easiest way to fund your real money gambling account is to make a standard credit card payment. Visa is widely considered to be the most reliable brand, but most sites also support American Express and MasterCard. Withdrawals are usually handled via a bank wire transfer or a check by courier.

No, unlike New Jersey, Nevada, Delaware, and Pennsylvania, Alabama doesn’t have a fenced online gambling market. Alabama businesses aren’t allowed to offer online gambling services, which means that Alabama residents have to stick to legitimate DFS sites or risk gambling at offshore websites.

Is it likely for Alabama to regulate online gambling?

The attitude of some of the Alabama lawmakers makes it very difficult to campaign for such a change. Some of the local senators still argue for a statewide ban on all games of chance. Although the latest official re-interpretation of the Federal Wire Act of 1961 allows all states to open their local online markets, Alabama simply isn’t likely to become one of the iGaming-friendly states in the foreseeable future.