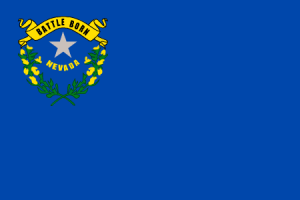 Nevada has a massive gambling industry that generates close to $11 billion in revenue on an annual basis. In total, the local land-based casinos offer more slots and table games than all the casinos from all the other states combined.

Gambling in Nevada was decriminalized in 1869. In 1909, the state instituted a prohibition, which lasted until 1931. That year, casinos were fully legalized throughout most of the state, making Nevada the first US territory with a regulated gambling industry.

It should go without saying that Nevada is very serious about protecting its gambling industry. Running an unlicensed gambling establishment is likely to result in felony charges. Placing out-of-state bets or playing on offshore gambling sites while remaining within state lines is considered a misdemeanor and is punishable by a fine of up to $1,000 and up to six months in jail.

Nevada regulations dealing with unlawful gambling are very harsh. Nevertheless, most of the penalties that can be brought on individual players are related to cheating during the game – trying to stack the odds in your favor in this manner isn’t a good idea, as people who engage in cheating are likely to face felony charges.

Most gambling-related matters are covered by Nevada Revised Statutes 463.010 et seq. The minimum gambling age in Nevada is 21. People below 21 aren’t allowed to enter casinos, even when accompanied by an adult.

Nevada has also been at the forefront of the fight for legal internet gambling in the US. In 2001, the local legislature voted in favor of regulated online poker, but unfortunately, the US Justice Department forced Nevada politicians to back down on this issue. In 2013, Nevada re-introduced its online poker regulations, creating the first fenced iGaming market in the country.

What’s more, since Nevada wasn’t affected by the federal ban on sports betting, it enjoyed a de-facto monopoly on this form of gambling between 1992 and 2018. In 2010, Nevada lawmakers approved new regulations about betting over the internet and mobile sportsbook apps, paving the way for future legislation of this kind.

The new, post-iGaming bill regulations address the issue of unlicensed online gambling. Consequently, playing on one of the offshore sites could be considered a misdemeanor. However, no gamblers have been prosecuted so far, so it’s hard to determine whether the trial would result in a conviction or not.

The largest casinos are located in Las Vegas Strip (MGM Grand, Wynn, Bellagio, Circus Circus), other parts of Las Vegas (Santa Fe Station, Orleans, Aliante), and Henderson (Sunset Station, Green Valley Ranch). Other important gambling destinations include Reno, Laughlin, and West Wendover, but it should be noted that slots are pretty much ubiquitous across the entire state and can be found in hotels, airports, and grocery stores.

Unfortunately, Nevada doesn’t have an online casino industry, as both the local politicians and the Nevada Gaming Control Board are more interested in protecting the land-based gambling industry than in offering the players more options. Nevada Attorney General has recently signed a petition urging Vice President Mike Pence to restore the federal Wire Act to curb the expansion of internet gambling.

On a brighter note, Nevada residents are free to use social gambling sites, such as Slotomania or Double Down Casino. MyVegas deserves a special mention here, as the site allows Nevada-based players to win real casino comps that can later be redeemed at the MGM Grand.

With more than 50 high-profile poker rooms, Nevada is the poker capital of the United States. WSOP Main Event is always hosted in the Silver State, and local players have hundreds of tournaments to choose from every month. The largest poker rooms are operated by Bellagio, Venetian Casino, Wynn Casino, and the Orleans Casino.

Online poker is legal, but out of three poker rooms that were supposed to operate within the state, only WSOP Nevada managed to gain any traction with the fans. Social sites aside, WSOP accounts for pretty much all online poker traffic in the Silver State. This isn’t necessarily a bad thing, as WSOP shares its player pool with sites from Delaware and New Jersey, giving the local players access to out-of-state competition.

Sports betting has been legal in Nevada since 1949, as the state wasn’t affected by the federal PASPA ban thanks to a grandfather clause. Thus, the recent Supreme Court ruling regarding this issue hasn’t changed the local sports betting industry directly. Licensed Nevada casinos are allowed to operate live sportsbooks, and 60 venues offer services of this kind.

Nevada-based sportsbooks are allowed to offer their services over the internet via mobile betting apps. As of May 2019, the list of available betting apps includes B-Connected Sports, CG Sports, MGM Resorts, NV Sports, Station Casinos, South Point, Treasure Island, Westgate SuperBook, William Hill, and Wynn. It should be noted that the registration process can’t be completed online – new customers have to visit the relevant casino in person to activate their betting accounts.

In October 2015, the Nevada Gaming Control Board determined that paid DFS contests meet the state’s definition of gambling. Popular DFS platforms, including FanDuel and DraftKings, responded by immediately suspending service in the Silver State. Theoretically speaking, DFS operators could return to Nevada as soon as they acquire gaming licenses, but so far, none of the major players have opted to take this route.

As it stands, Nevada residents are banned from participating in DFS contests hosted by FanDuel, DraftKings, and Yahoo DFS.

Nevada doesn’t have a state lottery, as this form of gambling is prohibited by Article 4 of the Nevada Constitution. Challenging the status quo would require two separate voter referendums and approval by the state legislature, which doesn’t seem possible since the local casino lobby is vehemently opposed to the idea. Also, the general public doesn’t seem to be interested in pursuing this issue due to the prevalence of progressive jackpot slots.

Bingo is available both commercially and as a charity game in Nevada. Some of the most popular live bingo venues include South Point Bingo, Palace Station Casino Bingo Hall, Plaza Hotel & Casino Bingo Room, and Bingo Room at Green Valley Ranch. Online bingo has the same legal status as casino games, which means that Nevada residents don’t have access to any legitimate bingo sites.

What types of gambling are available in Nevada?

With most of the world’s largest casinos and hotels located on the Las Vegas Strip and over 250 gambling establishment littering the local landscape, Nevada is a gambling aficionado’s dream come true. The Silver State gives you access to every imaginable form of casino-style gambling, but surprisingly enough, it doesn’t have its own lottery. Nevada was the first state to introduce iGaming-friendly regulations and is one of the two states that offer high-profile regulated online gambling sites as of the time of writing of this guide.

Real money gambling is perfectly legal as long as you stick to Nevada-licensed websites. There is a risk that joining the action on one of the offshore poker sites might be considered a misdemeanor. However, no players have been prosecuted so far, which makes it hard to determine what the potential ruling could be.

Most of the major offshore sites would be happy to accept a new customer from Nevada.

What are the most popular banking options supported by Nevada-facing sites?

Local gambling sites offer more banking options than the offshore operators, but fortunately, a credit or debit card is pretty much guaranteed to work in both scenarios. Cashing out is usually handled via a bank wire transfer, but the specifics are likely to depend on the site that you’ll join.

Yes. Nevada has already launched its fenced online gambling market. However, most of the sites in question can’t compare with major offshore services in terms of traffic, which might be very difficult to swallow for internet poker enthusiasts that are already used to playing on major networks.

Is it likely for Nevada to regulate online gambling?

Nevada has already regulated online gambling and has its own intrastate iGaming industry.